Before shuttering, the paper had its assets frozen and its senior editors and executives arrested under a sweeping national security law. Its management said Wednesday that Thursday's edition would be its last due to strains on manpower and staff safety concerns. 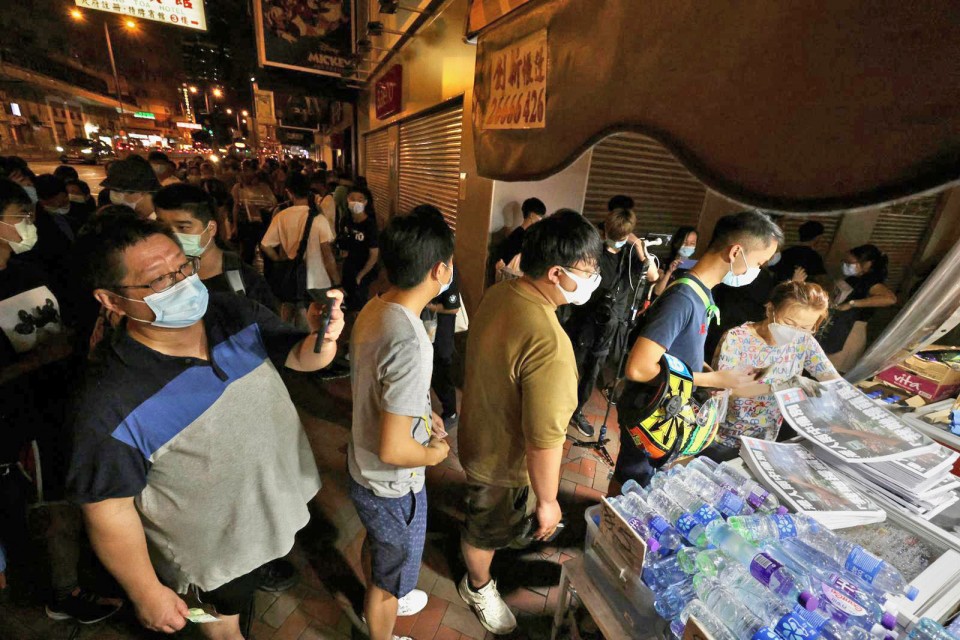 People stand in line at a newsstand in Hong Kong to buy pro-democracy newspaper Apple Daily's final print edition in the early hours of June 24, 2021. (For editorial use only) (Kyodo)

The case of Apple Daily exemplifies how the national security law imposed last year by mainland China in the territory is used for arbitrary crackdowns on organizations that Beijing considers problematic, according to observers.

"Beijing must stop targeting the independent press and release the journalists and media executives that have been detained. The act of journalism is not a crime," Biden added.

The newspaper printed a record 1 million copies for its last edition, up from its usual daily circulation of 70,000 to 100,000 copies.

With headline "Hong Kong people in painful farewell in the rain: 'We back Apple,'" copies of the last edition were snapped up eagerly by scores of readers who arrived at newsstands shortly after midnight and formed long lines.

One of the readers bemoaning the paper's closing and the diminishing of free speech in the former British colony was a self-employed man who said the government used ugly tactics to effectively sign the paper's death warrant.

"(Apple) dares to speak out," the 21-year-old said. "I respect people's views on different media, but we shouldn't agree with the authorities or anyone in power in depriving the fourth estate's right to speak."

A 36-year-old reader who works in banking said, "This day was destined to come. Because July 1 is the 100th birthday of the (Chinese) Communist Party, the government would want to offer a big birthday gift and Apple is that big gift," adding he wanted to buy 10 copies but was limited to two.

On Wednesday, the paper instructed its reporters not to return to the head office to avoid further arrests among staff, and continued work with a minimum number of editors. Dozens of supporters gathered outside, chanting, "Long live Hong Kongers, long live freedom."

Apple Daily was established in 1995 -- two years before Hong Kong's handover to Chinese rule -- by business tycoon Jimmy Lai, who started building a media empire in the territory following the pro-democracy student movement in Beijing's Tiananmen Square in 1989.

Lai, founder of Apple Daily's publisher, Next Digital Ltd., has been charged with colluding with foreign forces, a crime punishable by life imprisonment under the national security law. He is serving a prison sentence for taking part in unauthorized assemblies in 2019.

In Tokyo, Japan's top government spokesman called the paper's closure a "major setback" for freedom of speech and freedom of the press in Hong Kong and voiced "increasingly grave concerns" over the situation.

Chief Cabinet Secretary Katsunobu Kato told a press conference that Japan will continue to work closely with the international community to strongly urge China to respect these rights.

Zhao also rebutted Britain's criticism and urged the country to grasp the reality that it has been 24 years since Hong Kong returned to China's control and to stop interfering.

Concerns over the harsh crackdowns on the freedom of press and the closure of the popular paper have also been voiced by academics.

Toru Kurata, a professor of Rikkyo University in Tokyo and a Hong Kong politics expert, said he was shocked by the enormity of the national security law that forced the closure of Apple Daily, a symbol of Hong Kong's freedom.

"The arrests of the paper's editor in chief and other executives due to its coverage were blatant suppression of free speech," Kurata said, adding that other Hong Kong newspapers have come under government influence but Apple Daily maintained its anti-government stance, and many of its readers have said they would not read local newspapers without it.

"The bastion of freedom of speech, in which columnists critical of the government can write, will be lost. It is a serious blow to the press" in Hong Kong, he said.

Kurata added he is concerned that stricter censorship would be imposed on internet media opposing the government, while writers and academics who contributed to Apple Daily could be arrested, leading to self-censorship in journalism.

"A free Taiwan will always back Hong Kong's freedom. And (I) hope, the urge for freedom and democracy deeply embedded in Hong Kong people's hearts will one day brighten the Pearl of the Orient once again," she said on her Facebook page. 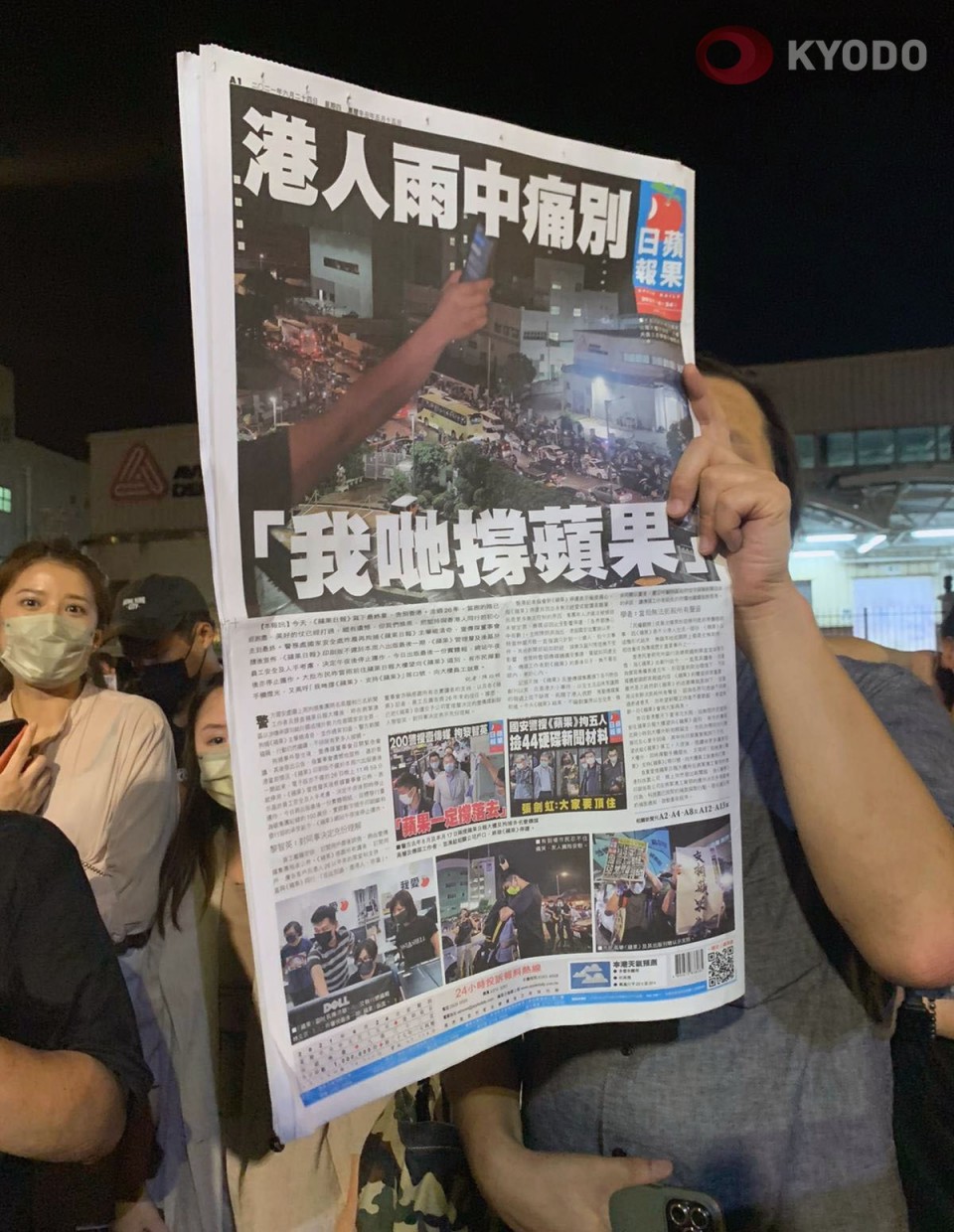