The International Olympic Committee's inaugural virtual sports series that wrapped up Wednesday marked the global sports body's first foray into an online gaming world that has boomed during the COVID-19 pandemic as it weighs officially adding certain online sports events to the Olympics program in the future.

The Olympic Virtual Series, with competitions in baseball, cycling, rowing, sailing and motorsports, opened on May 13 in what the IOC said was an initiative to reach out to a "new and younger" audience.

The IOC partnered with five international sports federations as well as games publishers for the event, which came as part of the buildup to the Tokyo Olympics and Paralympics, due to finally kick off next month after a one-year postponement. 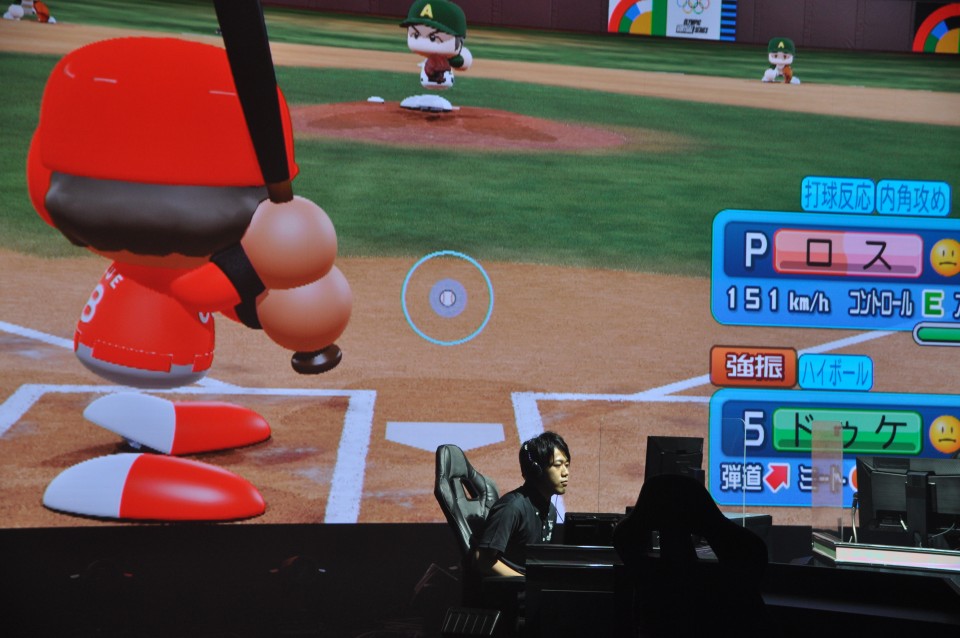 Shoma Mori competes at a final of the baseball segment of the Olympic Virtual Series on June 20, 2021 in Tokyo. (Kyodo)

"I am thrilled to become one of the inaugural champions of an Olympic event," said Shoma Mori, 21, one of the winners of the baseball segment of the series, in which competitors played Konami Digital Entertainment Co.'s "eBaseball Powerful Pro Baseball 2020" in separate PlayStation 4 and Nintendo Switch divisions.

"Because it was an IOC-licensed event, I felt that the level of entrants from the preliminaries was high. Amid the coronavirus pandemic, I think esports are playing a greater role in promoting the excitement of baseball, both real and virtual," Mori, who won the PlayStation division, said.

In the event, organized with the World Baseball Softball Confederation, players from Japan, South Korea and Taiwan took part, with 19 advancing to the respective finals.

Virtual baseball's inclusion in the Olympic Virtual Series came after the WBSC decided last December to add esports as a new discipline to be competed at international tournaments, including at world championships and world cups.

"Esports is a reality and a growing opportunity and is expected to be more relevant to the sports industry," said WBSC President Riccardo Fraccari in a recent online press conference with Konami Digital Entertainment President Hideki Hayakawa.

Fraccari expressed hope that the esport tournament with Konami and initiatives like it in the future will have a knock-on effect of boosting the appeal of physical baseball on the field. "I am sure that if we still continue to grow the esport experience, more and more fans will attend our (physical) events," he said.

The federation also is eager to cooperate with the IOC in promoting digital sports as it hopes for a return of baseball and softball to the Olympic program at the 2028 Los Angeles Games after it was excluded from the 2024 Paris Games. 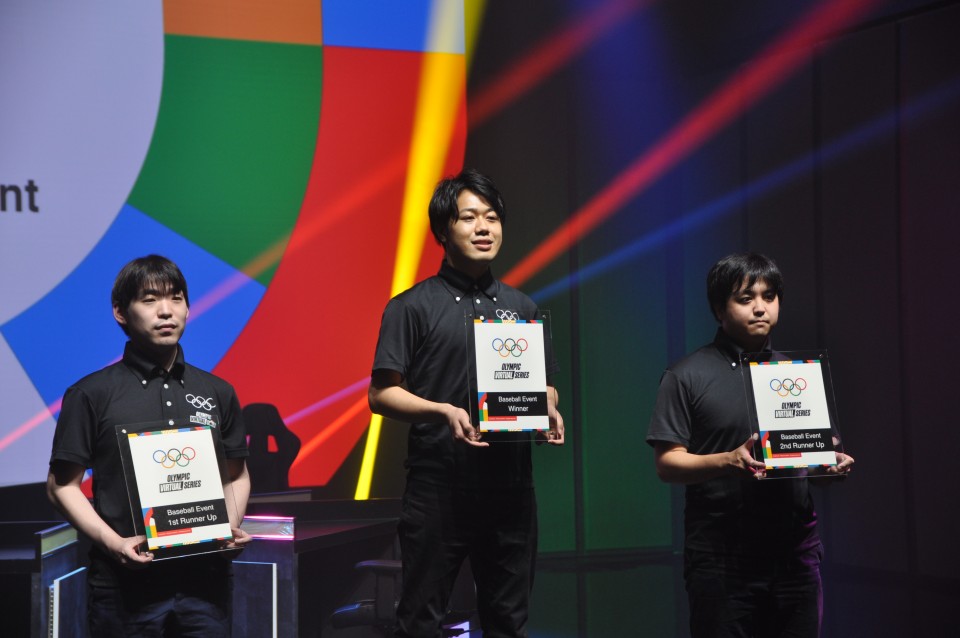 Shoma Mori (C), a winner of the baseball segment of Olympic Virtual Series, stands for pictures on June 20, 2021 in Tokyo. (Kyodo)

"More and more I feel that the barrier between real and virtual sports is becoming small," Hayakawa said. "Through this initiative (by the IOC), I think more young people will become familiar with the joy of baseball."

The virtual gaming industry has seen a surge of growth during the pandemic, according to the IOC, with a 30 percent rise in gamers and 75 percent increase in gaming usage. The market was worth an estimated $159 billion in 2020, it said.

With a range of esports tournaments already in existence along with sponsorships, the field is also seeing the emergence of highly paid gamers. Some universities and colleges are even launching their own esports curricula.

The IOC, which was forced to postpone the Tokyo Olympics last year due to the emergence of the coronavirus pandemic, has shown itself willing to embrace a field in which it can expand its reach without any need for the esports athletes to travel or for the host cities to build costly extra infrastructure.

In a new reform strategy roadmap covering five years beyond 2020, approved in March, the IOC said for the first time that it would "consider the addition of physical virtual sports in the Olympic Program in cooperation with its respective International Federations."

It said the body will also "encourage the development of virtual sports and further engage with video gaming communities."

By "physical virtual sports," the IOC refers to types of games that use equipment and entail physical activities such as a player riding on a fixed bicycle or a rowing machine. For the virtual series, competitors in the cycling and rowing events participated by digitally tracking their physical movements at home.

In this, it is not only excluding games with no actual athletic performance but also drawing a clear distinction with competitive gaming that does not involve virtual versions of actual sports.

Amid the pandemic, several international federations have organized virtual forms of their respective sports, such as an online version of the Tour de France bike race and a world rowing virtual indoor championships, with the participation of world-class athletes.

Two-time Olympic pole vault champion Yelena Isinbayeva, a member of the IOC Athletes' Commission, warned at an IOC session in March of failing to take advantage of the rising popularity of virtual sports.

"In the future, it will be a huge challenge to the Olympic movement, to traditional sport, this computer sport, which is no less interesting than the Olympic Games," she told an IOC session in March.

"So, to be competitive against this, we have to offer them better conditions or we can take them under our umbrella, if it's possible...We definitely have to act as soon as possible otherwise we will lose this chance," she said.