Japan's professional baseball and soccer leagues are aiming to complete COVID-19 vaccinations of all willing players and officials by the end of their Tokyo Olympics hiatus, their joint COVID-19 task force said Monday.

According to Nippon Professional Baseball Commissioner Atsushi Saito, some baseball teams will conduct vaccination programs independently while others will do so through their parent companies, taking advantage of the three-week summer break as the season pauses for the July 23-Aug. 8 Olympics. 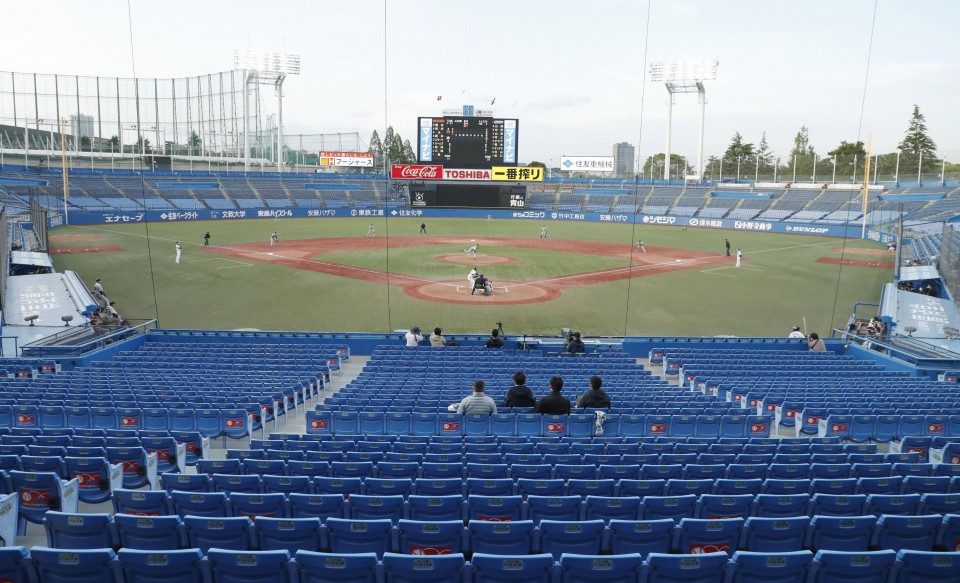 A baseball game between the Yakult Swallows and the Yomiuri Giants at Jingu Stadium in Tokyo on April 27, 2021. (Kyodo)

NPB plans to offer shots to willing adults at every level, including team employees and umpires, and hopes to make fast progress on rolling out the vaccines so as many people as possible will be fully inoculated when the season restarts.

After the July 16-17 All-Star series, NPB will enter an Olympic break and resume its season on Aug. 13.

J-League Chairman Mitsuru Murai said he will ask companies that own or sponsor soccer teams for vaccination support with the league taking an approximately one-month break.

On Monday, about 60 top-team members of the Chunichi Dragons of NPB's Central League received the first dose of the vaccine via Chunichi Shimbun Co., the media group that owns the Nagoya-based pro baseball team.