Ohtani made the announcement to fans on his Instagram account with a video showing several of his home runs from this season so far.

The Home Run Derby will take place on the eve of the July 13 All-Star Game at Coors Field in Denver. 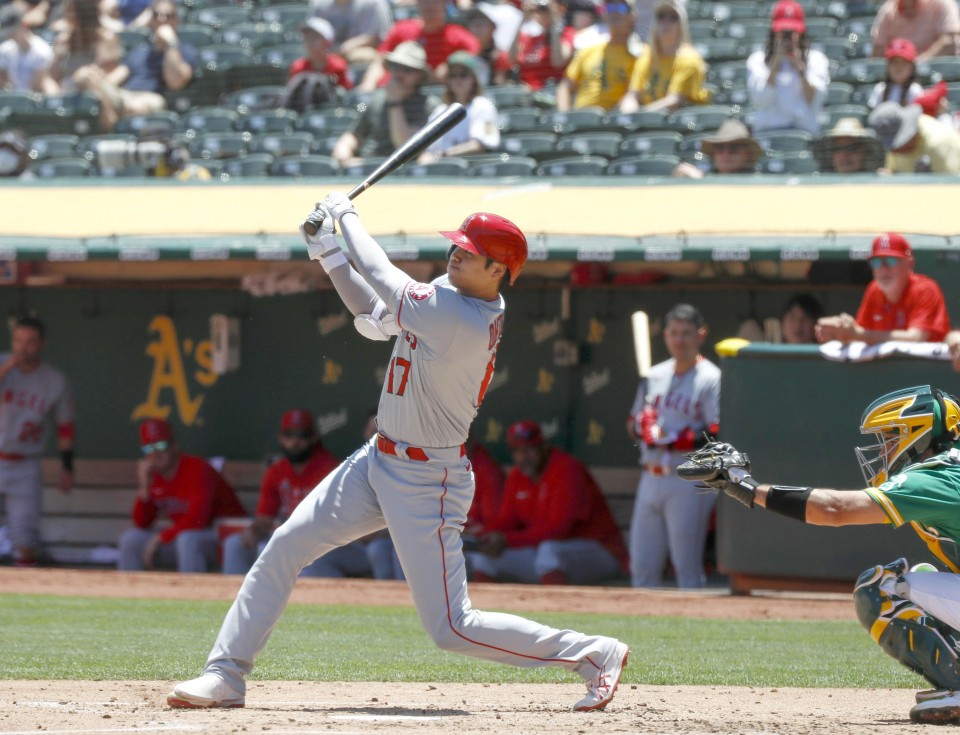 Shohei Ohtani of the Los Angeles Angels hits a solo home run in the second inning of a game against the Oakland Athletics on June 16, 2021, at Oakland Coliseum in California, his 19th homer of the season. (Kyodo) ==Kyodo

"I'm really excited and looking forward to it. I'll do my best to hit further than anyone else," Ohtani said at a press conference ahead of the Angels' game against the Detroit Tigers on Friday.

Ohtani was the leader among American League designated hitters in the All-Star Game balloting released on Monday. The 26-year-old could also pitch in the showcase game.

Through Thursday, Ohtani had batted .269 with 47 RBIs and 19 home runs. Only Toronto's Vladimir Guerrero Jr. and San Diego's Fernando Tatis Jr. had hit more long bombs, with 22 each.

Although the MLB Home Run Derby will be his first, Ohtani has strong credentials, having won Nippon Professional Baseball's version of the event in 2016, when he was a member of the Pacific League's Nippon Ham Fighters.