Japanese farmers are turning to digital technologies to grow and sell their products as the coronavirus pandemic depresses sales to restaurants and the graying of Japan's population complicates the drive to raise productivity in the labor-intensive sector.

Since the outbreak of COVID-19 last year, an increasing number of farmers and fishermen have drawn attention to their plight through Pocket Marche, an online service that brings together farmers, fishermen and consumers. 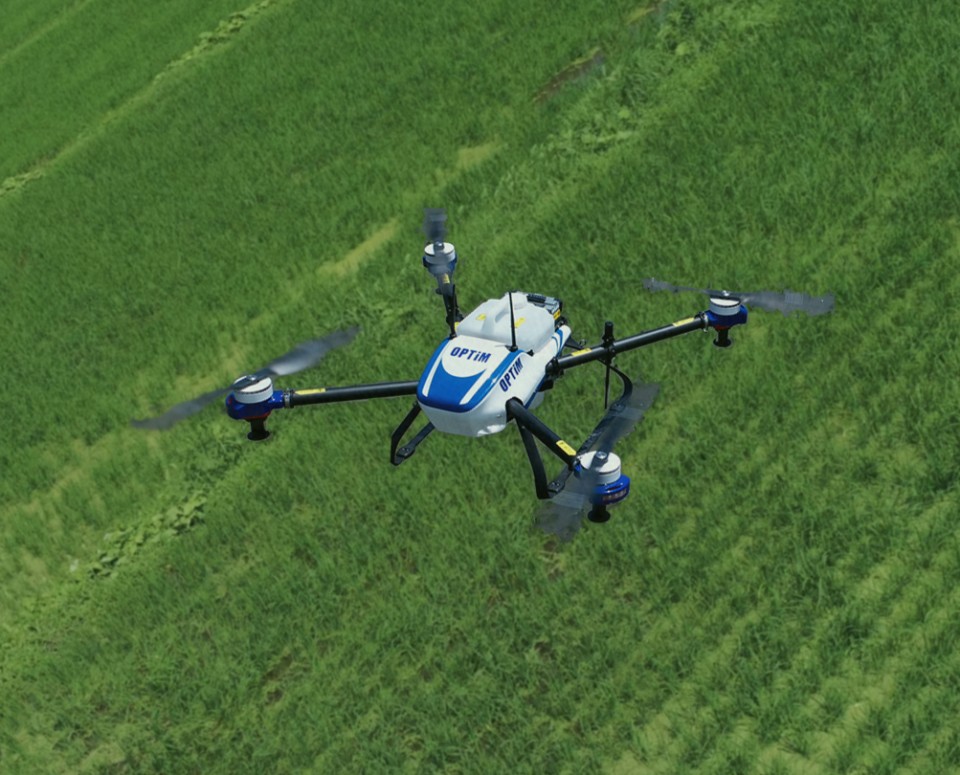 "A substantial number of farmers lost their sales to restaurants due to the pandemic and flocked to our app to sell their products," said Pocket Marche Inc. CEO Hiroyuki Takahashi.

In February last year when Japan was reporting a slow growth rate of coronavirus infections, around 2,000 farmers and fishermen were selling their products to 52,000 registered customers via Pocket Marche's app.

As the coronavirus situation worsened, the number of producers using the service grew to around 5,100, with customers rising to 300,000.

The app, launched in 2016, allows farmers and buyers to exchange messages.

"The surge in the use of our app could slow after the pandemic subsides, but I expect many consumers to keep buying via the app as they trust the farmers they bought from after communicating with them," said Takahashi.

Japan has seen a substantial decline in the number of farmers, due largely to aging and young people's avoidance of labor-intensive work. 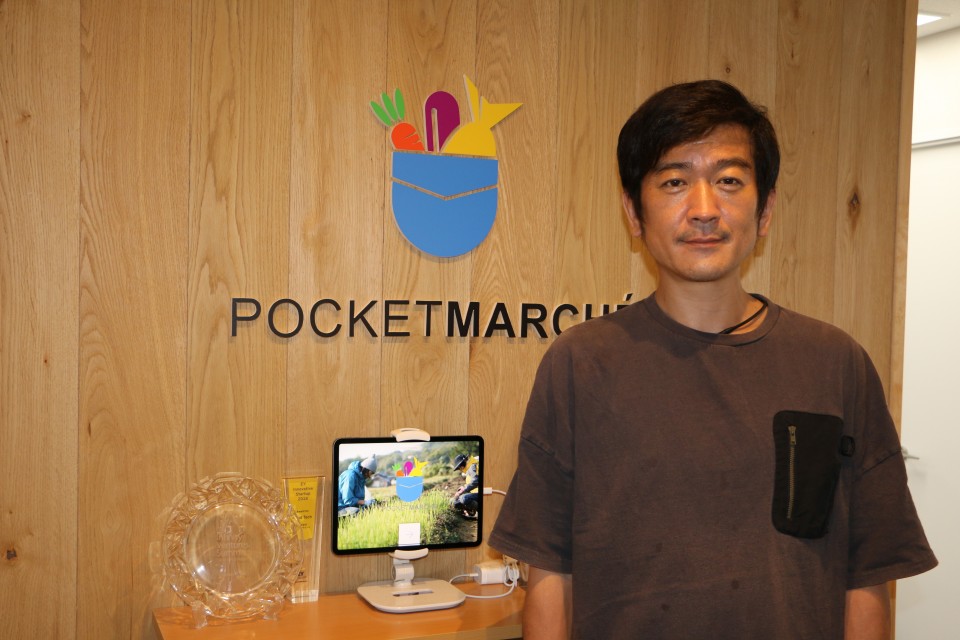 Pocket Marche Inc. CEO Hiroyuki Takahashi is photographed at his company's office in Tokyo's Shibuya Ward on May 20, 2021. (Kyodo)

The number of people who engaged in farming as their main occupation in Japan stood at 2.4 million in 2000, but the figure dropped to 1.36 million in 2020. Of them, 69.6 percent were aged 65 or over, according to a survey by the Ministry of Agriculture, Forestry and Fisheries.

Yasufumi Miwa, an expert on agriculture at the Japan Research Institute, said the declining number of farmers would pose a serious threat to the country's food security, calling for the promotion of "smart farming" with the use of automation.

Japanese IT firm Routrek Networks Inc. started offering a digital farming system in 2013 that automates irrigation and optimizes fertilization with the help of artificial intelligence.

The company has provided its system to nearly 280 farms across the country, improving productivity at some by over 20 percent.

"Our system allows farmers to spare time for marketing and other activities while cutting the use of water and fertilizer by 50 percent compared with conventional farming," Routrek Networks President Shinichi Sasaki said, adding his company plans to expand into Southeast Asian countries including Vietnam in a few years.

Another Japanese IT firm, Optim Corp., obtained a patent in 2018 for the world's first drone with AI technology to pinpoint insects harmful to rice and vegetable cultivation, and precisely inject them with pesticide.

The technology substantially reduces labor and the amount of chemicals required.

The company says its drones cut the amount of pesticide used for growing soybeans by more than 90 percent.

Optim has collaborated with around 1,700 farming groups in Japan and started exporting its technology to promote smart farming. It tied up with Vietnam Posts and Telecommunications Group in 2019.

Smart farming only accounts for a small portion of Japan's farm output, but the Japan Research Institute's Miwa says it is the right path for the country's agriculture, and the central and local governments should work together to help realize a successful transition.

"I believe smart farming will be a normal form of agriculture in a decade," he said.