Japan may get herd immunity for COVID-19 by mid-Oct.: study

Japan may achieve herd immunity against the novel coronavirus by mid-October at the earliest thanks to a recent acceleration in the country's inoculation drive, Nomura Securities Co. said in a research report released Thursday.

Analysts at Japan's biggest brokerage said that reaching COVID-19 herd immunity, whereby at least 70 percent of the population is immune to the disease, is possible by the week of Oct. 18, about two months earlier than their previous estimate. 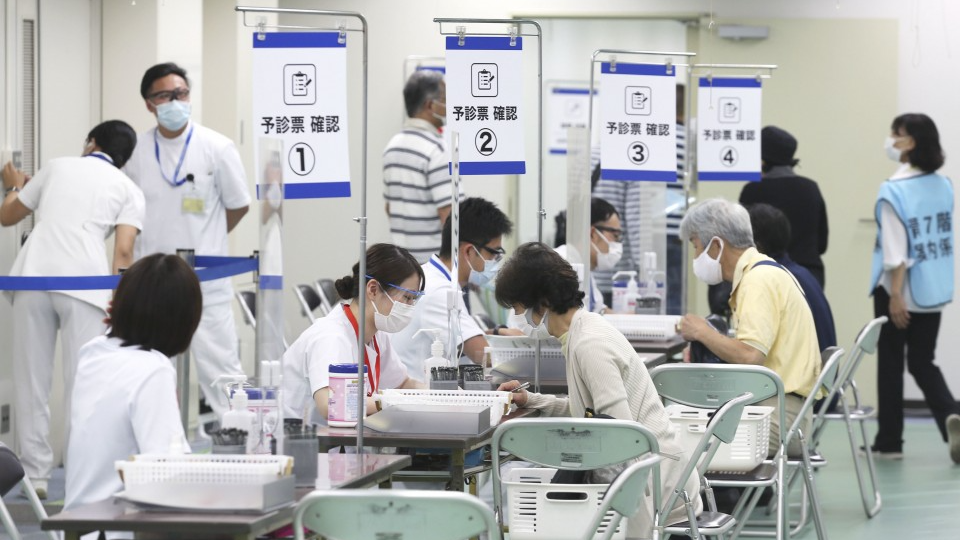 Nomura revised the outlook after the government reached its target of administering 1 million vaccine doses per day about a month earlier than the company had predicted, the report said, adding it expects the vaccination pace to increase to as high as 1.25 million doses per day.

Facing criticism for the country's slow vaccine rollout, Prime Minister Yoshihide Suga had pledged 1 million doses a day to be administered nationwide by the middle of this month. Compiled tallies showed the goal was reached on June 9, the government said Thursday.

A total of 5.5 percent of the country's population of 125 million have received two vaccine shots, while 15.6 percent have received one shot as of Thursday, according to the government tallies.

The report estimated that obtaining herd immunity could potentially be pushed back to late February if the pace of inoculation peaks out at 1 million doses per day and quickly drops to around 500,000 per day.

The government has temporarily halted company applications for COVID-19 vaccinations at workplaces Friday evening due to concerns it will be unable to distribute doses quickly enough.

Even if herd immunity is not achieved, the Japanese economy is expected to pick up its pace of recovery in late July to August as the inoculation rate approaches the 10 to 20 percent range, the report said, based on the results seen in the United States.