FOCUS: G-7 to be tested in following up on big promises to counter China

The Group of Seven nations, after going through fractious summits in the past few years, appear to have sprung back to life as they rallied under the banner of leading democracies that are being challenged by China's rise.

But the more than four-decade-old G-7 framework will have to come up with concrete and collective actions to follow through on the promises the leaders made during the three-day summit to increase its leverage in shaping the global order. 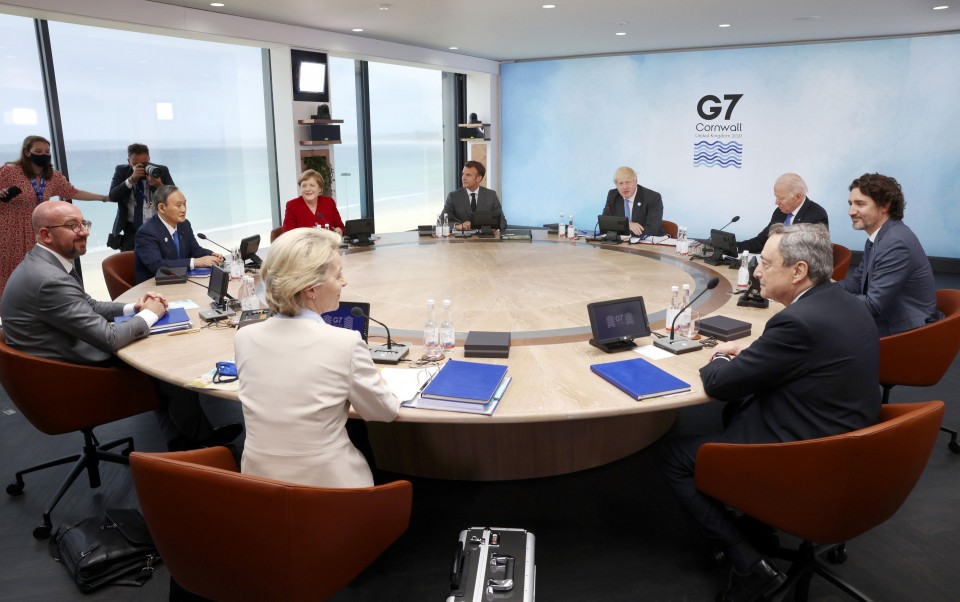 "I think how we act and whether we pull together as democracies is going to determine whether our grandkids look back 15 years from now and say, 'Did they step up? Are democracies as relevant and as powerful as they have been?'" U.S. President Joe Biden told a press conference after attending the summit in southwestern England.

Japanese Prime Minister Yoshihide Suga separately told reporters, "As the G-7, which shares universal values, we would like to lead the international order."

The G-7 is facing "a kind of turning point," Matthew Goodman, an expert on international economic policy at the Center for Strategic and International Studies, a Washington think tank, said, noting that the club of industrialized economies is now putting a new emphasis on its brand as a leading group of democracies.

The forum has apparently received fresh momentum from Biden, who, since taking office in January, has devoted himself to reviving alliance relationships, multilateralism and the traditional U.S. role of promoting democracy and human rights, in a shift from his predecessor Donald Trump's "America First" policy.

Over the years, the G-7 member states -- Britain, Canada, France, Germany, Italy, Japan and the United States -- have seen their influence wane, with China overtaking Japan as the world's second largest economy and India's economy now almost the size of Britain's.

Adding to concerns, the coronavirus pandemic created a perception that authoritarian state-controlled economy might be a more effective form of governance than market economy, after China appeared to have managed the disruptions better than most advanced countries, Goodman said.

To make a stronger case that democracies can contribute more to the world than autocracies such as China, the G-7 leaders said in a communique released Sunday that it has set a goal of ending the pandemic in 2022, along with pledges to provide 1 billion coronavirus vaccine doses to poorer countries over the next year.

They also agreed to launch a new infrastructure project for the developing world to offer what U.S. officials call a "higher-quality" alternative to Beijing's Belt and Road Initiative, which critics say is intended to draw countries deeper into Beijing's economic orbit.

Goodman said the communique was a "significant statement of the shared determination" by the group of seven largest advanced market democracies to take on some of the major challenges the world is facing.

But he noted that, despite the "big commitments" made in the 25-page document, questions remain on the details of the follow-through.

Biden's National Security Adviser Jake Sullivan hailed a growing "convergence" seen in the G-7 on China-related issues, such as supply chain resilience, technology standards, an infrastructure alternative, as well as on human rights.

In the communique, the G-7 said, "we will promote our values, including by calling on China to respect human rights and fundamental freedoms, especially in relation to Xinjiang," where concerns are growing over the treatment of the Muslim Uyghur minority.

But U.S. officials admitted that discussions during the summit laid bare the differences among world leaders on how hard they are willing to push over certain actions China is taking such as allegations of forced labor in its far-western Xinjiang region.

Biden made "forceful comments" on the need to publicly call out the issue, officials said. But some European leaders were not as willing to do so, suggesting the complexity in dealing with China issues.

The G-7 ended up expressing concerns over the forced labor without specifically naming China in that portion, while committing to ensure that global supply chains are free from the use of such labor.

"We know that every country has a complicated relationship with China, including the United States...No country wants to completely cut off or isolate China," Goodman said, adding, "How far each country is willing to go on any particular issue, I think, it varies." 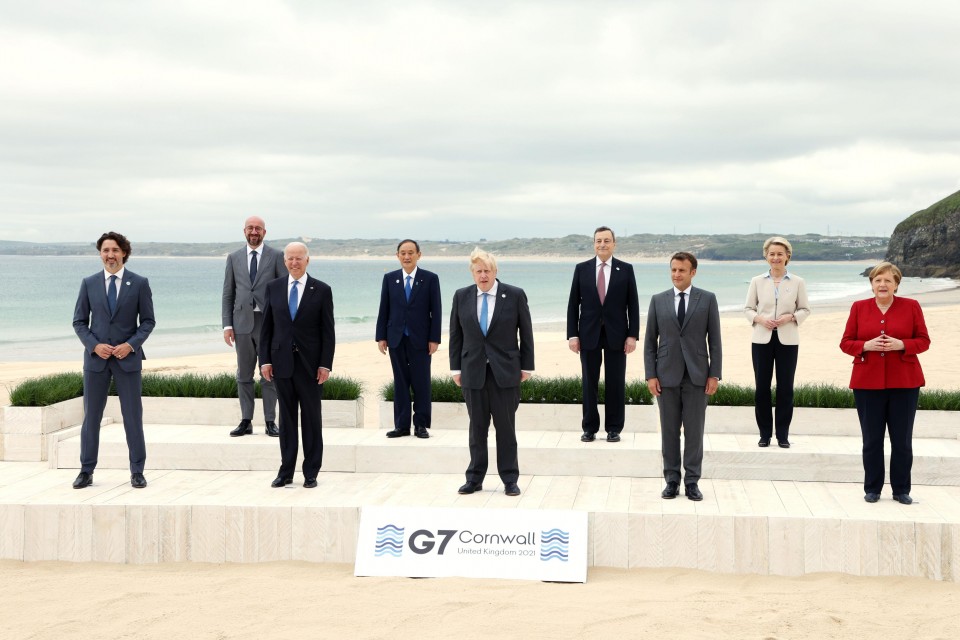 The Asian country was the only G-7 member that did not take part in a coordinated effort to impose sanctions on Chinese officials for human rights abuses in Xinjiang in March.

"As long as Japan is a member of the G-7, it should act in lockstep with other countries against a country that violates international rules. But Japan may be too afraid to do that because of its deep economic ties with Beijing," Junichi Takase, an international politics professor at Nagoya University of Foreign Studies, said.

"Without taking a firm stance, Japan could lose the trust of the other countries," he added.

Takase said he feels the G-7 summit has "made a comeback" this year as a command center of global political and economic policies, after its significance came under increasing scrutiny partly due to the deep divisions stoked by Trump.

But he said how effective the forum can serve in standing up to China remains to be seen, given that the most forceful measures the G-7 are likely to take are economic sanctions.

"What if China's behavior does not change (despite sanctions)? It is a challenge on how you can contain such a country," he added.