With four months into junta rule following a Feb. 1 coup that ousted the civilian government led by Aung San Suu Kyi, there is no sign of a breakthrough in the Myanmar crisis.

As the military continues using force to quell opposition, local people in various parts of the country have begun forming voluntary defense forces to push back against it. 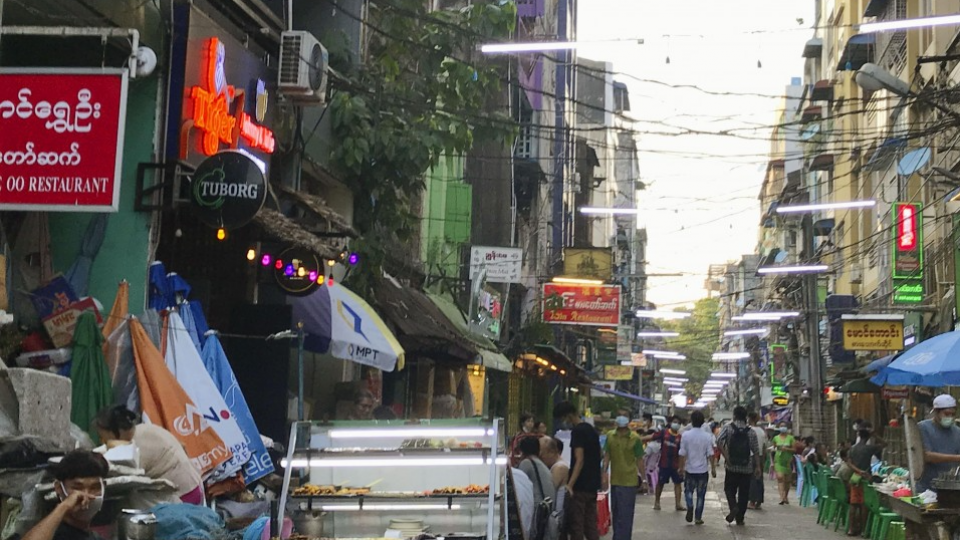 A rights group that keeps track of deaths and arrests in Myanmar says 840 people have so far been killed in the violence by the military. Suu Kyi and other prominent politicians remain in detention.

Even though the 10-member Association of Southeast Asian Nations, to which Myanmar belongs, held a special summit in April and decided to send a special envoy and hold a "constructive dialogue among all parties concerned," neither of them has happened yet.

Suu Kyi, the country's de facto leader from 2016 until she was abruptly ousted, has since faced multiple criminal charges, including illegally importing walkie-talkies. She met with her lawyers for the first time on May 24.

The junta at the time made public the first photo of her since she was detained on Feb. 1. The photo, showing her sitting at the defendant's bench, appeared intended to bolster the perception that she may be a "criminal."

Her lawyers came away with the impression that Suu Kyi had been shut off from the outside world, unaware of all the killings that had been committed across the country.

Myanmar's coup leader, Senior Gen. Min Aung Hlaing, recently signaled in an interview with a Hong Kong broadcaster that Suu Kyi's political roles are over, saying she has done all she could.

The junta chief, who led the coup alleging widespread fraud in last November's general election, also said he intends to establish a multiparty federal state based on democracy within one year if possible.

But the junta has designated the National Unity Government, launched by pro-democracy forces to rival the junta, as a terrorist organization and put its members on a wanted list for suspected treason.

A junta-appointed election commission has also indicated it will consider dissolving the Suu Kyi-led formerly ruling National League for Democracy party, making it all the more likely no fair election would be held when the time comes to transfer power to a civilian government.

While the United States and other Western countries have imposed sanctions on the military and its leaders since the coup, they do not seem to have led to changes in their behavior.

Christine Schraner Burgener, the U.N. special envoy on Myanmar, recently told a news conference that the situation in Myanmar is "very bad," with violence spreading in the country. She expressed concern over a food shortage and the country's weak health care system having an adverse impact on its people.

A diplomatic source said military rule is expected to continue in Myanmar, and that it would be difficult for pro-democracy forces to return to power. Chaos would continue reigning going forward, with protests likely emerging against inflation and growing poverty, the source added.

Even as the military seeks to strengthen its hold on the country, resistance among people has begun morphing into grassroots defense forces in response to the National Unity Government's announcement in early May that it had established a "People's Defense Force."

In Mindat in the northwestern state of Chin, after the junta declared a curfew on the township of 20,000 on May 13, local defense force members fought against the military with weapons such as handmade hunting rifles, according to residents. 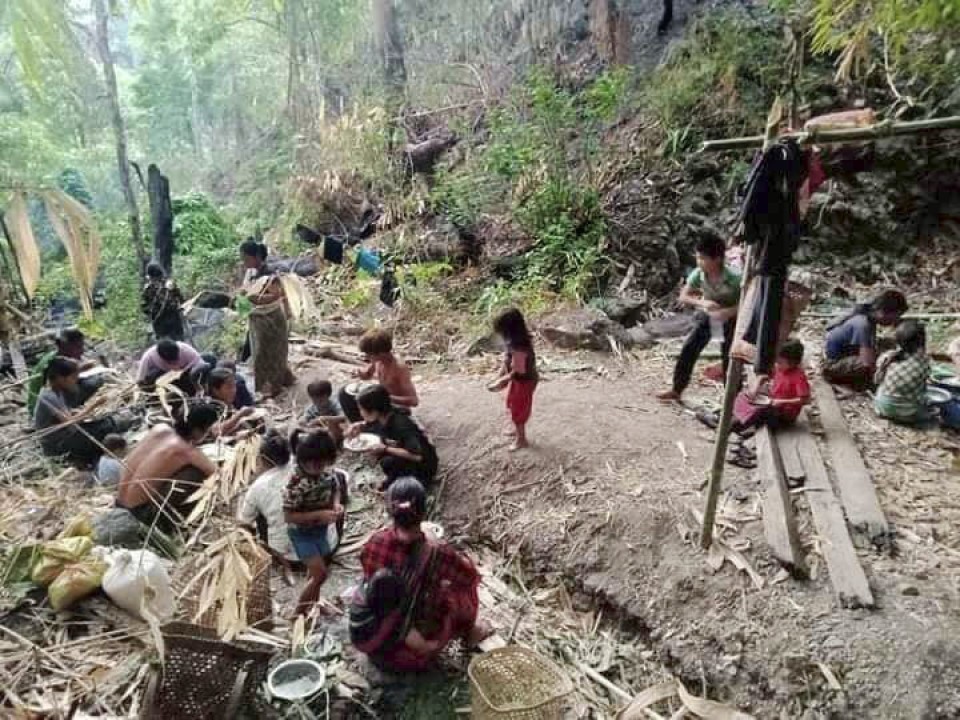 Residents and others hide in the woods on May 15, 2021, after fleeing fighting in Mindat in northwestern Myanmar's state of Chin. (Photo courtesy of residents)(Kyodo)

But the military easily brought the township under control with overwhelming force, a male resident in his 30s said, sending over 10,000 people into hiding in villages and woods outside the town.

"People who had put themselves into peaceful demonstrations no longer had any choice but to take up weapons in the face of increasing crackdowns," a male member of the local defense force said.

The member expressed his resolve to engage in a counteroffensive, saying he knows the place well and is willing to die for the cause.

Local media reported that in Myanmar's central Kayah State on May 23, a local defense force launched a counteroffensive as the military fired mortar shells into homes indiscriminately. The counteroffensive reportedly killed about 40 troops.

The country's largest city Yangon has also seen occasional explosions and shootings that targeted junta-connected facilities and officials. Explosions have also occurred outside two supermarkets, while no one was hurt.

While there is no confirmation that anti-junta defense forces were involved, the military has taken no chances, by branding the incidents as terrorist acts committed by pro-democracy forces.

For its part, the National Unity Government has underlined the importance of discipline, urging grassroots defense forces to refrain from resorting to excessive attacks and to limit their targets to the military.

On Friday, the group posted on social media a video purportedly showing a ceremony of a defense force that had completed its training. In it, a man who appeared to be a commander said in his remarks that members will side with the people and work to protect them.