A Russian crew member was arrested Monday over the deaths of three men aboard a Japanese fishing boat that capsized after colliding with a ship he was in charge of near Japan's northernmost main island of Hokkaido in late May, the local coast guard said.

Pavel Dobrianskii, 38, was in charge of the 662-ton Russian ship Amur on May 26 at the time of the collision with the Hokko Maru No. 8 crewed by five, according to the Mombetsu Coast Guard Office. 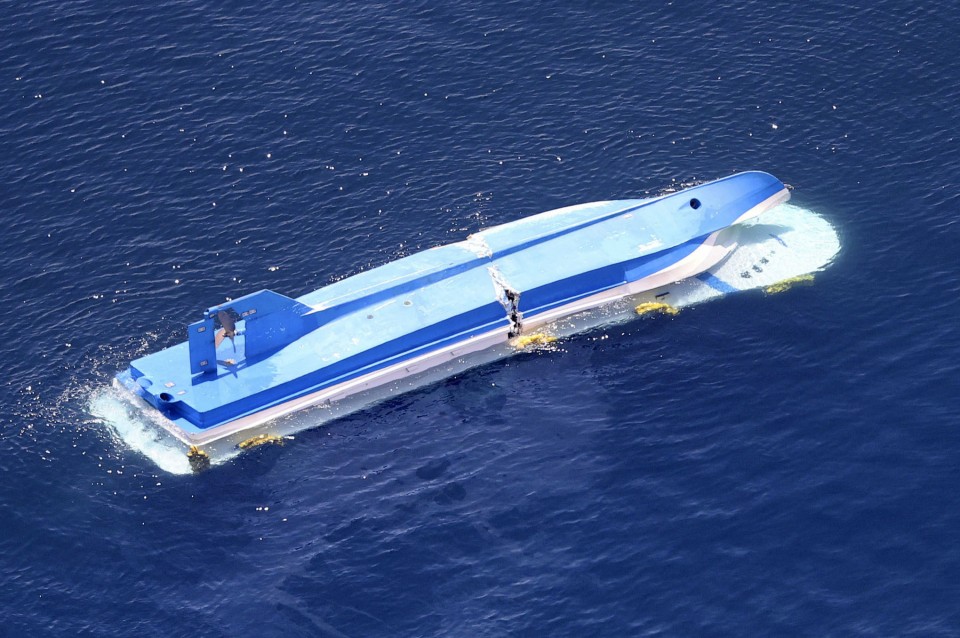 Photo taken from a Kyodo News helicopter on May 26, 2021, shows a capsized Japanese fishing boat, the Hokko Maru No. 8, drifting about 20 kilometers northeast of Mombetsu in Hokkaido after colliding with Russian vessel Amur. (Kyodo)

The crew aboard the 9.7-ton Japanese boat, belonging to a fishery cooperative based in Mombetsu, were catching hairy crabs when the collision occurred at around 6 a.m.

The Russian vessel with 23 crew members aboard was transporting seafood to Mombetsu from Sakhalin in the Russian Far East.

Dobrianskii, third officer, was arrested on charges of professional negligence resulting in death as well as endangering traffic due to negligence for allegedly failing to avoid the collision when sailing the Russian vessel through the Sea of Okhotsk off Mombetsu.

The local coast guard did not reveal whether the suspect has admitted to the charges.

The Hokko Maru crew was quoted by the coast guard as saying they were unable to maneuver the boat away as they were catching crabs by rope and the Russian ship collided into their vessel.

Russian officials have said in a statement that the Japanese vessel did not send a signal amid low visibility due to fog. A dense fog advisory had been issued for the waters off Mombetsu port at the time.

The Asahikawa District Court seized the Russian ship as collateral for compensation on June 2, following the request of the Hokko Maru side.