The United States plans to host the first in-person summit with Japan, Australia and India in Washington in the fall, a senior official said Tuesday.

Speaking at a think-tank event, White House coordinator for the Indo-Pacific Kurt Campbell said, "Our goal is to hold an in-person Quad meeting" to take place "here in Washington in the fall with all leaders in attendance." 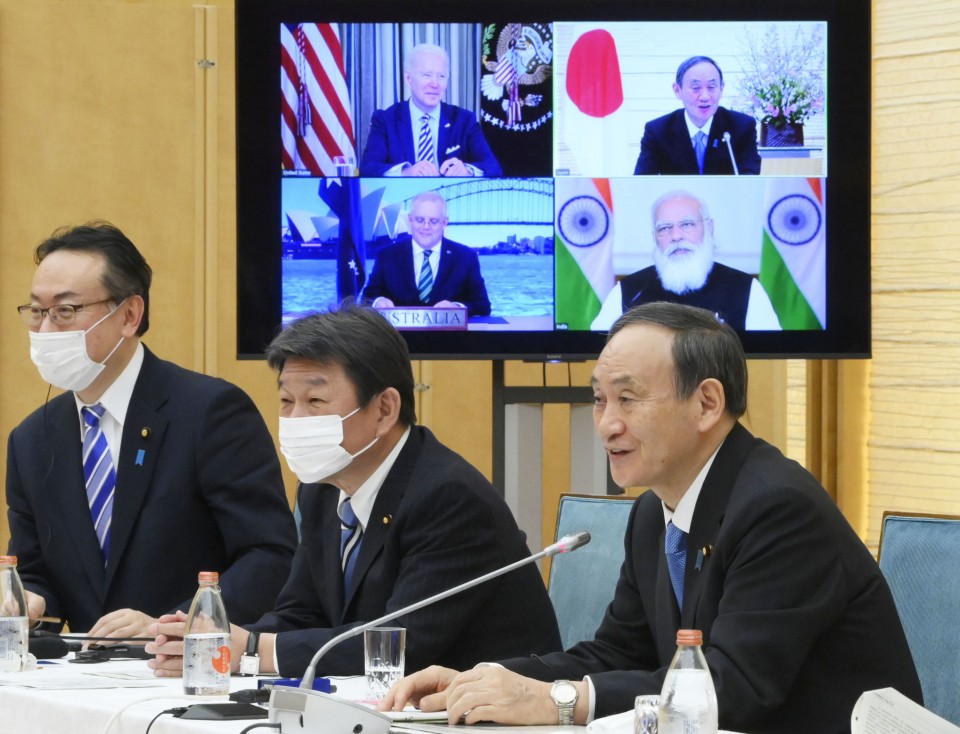 At the meeting, the leaders agreed to work toward delivering up to 1 billion doses of COVID-19 vaccine to Southeast Asia and elsewhere by the end of 2022 through a substantial increase in production capacity in India.

Campbell said that timeline remains intact despite a devastating surge in infections in India, where some 350,000 have died due to the coronavirus.

"We will ensure that we've taken the necessary steps on the vaccine deliverable, we intend to build on that. We want to do something constructive with respect to infrastructure," he said.

"I think we're going to take some other steps to build out the Quad to ensure that as an unofficial gathering, it still is the defining feature of modern diplomacy linking these key maritime democracies in a way that is deeply consequential for the 21st century," Campbell added.

The democratic nations have been seeking to counter the "vaccine diplomacy" of China, which is offering shots to developing countries as it expands its influence.

The group, known formally as the Quadrilateral Security Dialogue and originally formed in 2004 in response to the Indian Ocean earthquake and tsunami, has also stepped up defense cooperation, including holding joint naval exercises, in the face of China's increasing assertiveness in surrounding waters.

In a joint statement following their March virtual meeting, the leaders vowed to "continue to prioritize the role of international law in the maritime domain" and facilitate collaboration to "meet challenges to the rules-based maritime order" in the East and South China seas, where Beijing has sovereignty claims.