Japan is considering maintaining the current order of imperial succession, with the discussion on whether female monarchs will be allowed to ascend the throne to be held in the future, government sources said Monday.

The Japanese government's advisory panel on the issue, chaired by former Keio University President Atsushi Seike, heard from a total of 21 experts from various fields in six meetings from March 23 through Monday, but few were of the opinion that the current order should be changed immediately. 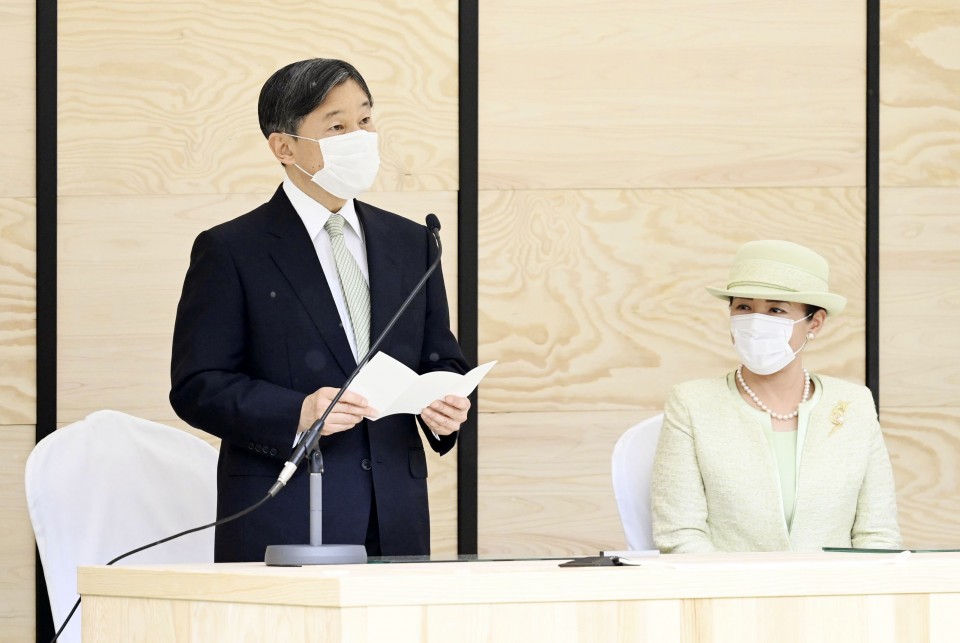 Japanese Emperor Naruhito and Empress Masako attend a national tree-planting ceremony online from the Akasaka Imperial Residence in Tokyo on May 30, 2021. The ceremony was held in the western Japan prefecture of Shimane, while being connected to the imperial residence online due to the coronavirus pandemic. (Pool photo) (Kyodo) ==Kyodo

Currently, the three heirs in line to succeed 61-year-old Emperor Naruhito are his brother Crown Prince Fumihito, 55, his nephew Prince Hisahito, 14, and his uncle Prince Hitachi, 85.

The government will present its findings to parliament next month at the earliest, aiming to reach a conclusion reflective of the experts' views by this fall.

The results of meetings will be organized into key points including positions on female or matrilineal imperial members in the line of succession, the current rule requiring women marrying commoners to abandon their imperial status, and adoption of male heirs from former branches of the imperial family.

As the government believes the issue should be discussed "in a quiet environment," it is unlikely to reach a conclusion before the next lower house election to be held by October to avoid turning it into a point of debate.

The imperial family has been shrinking under the 1947 Imperial House Law, which limits heirs to a male who has an emperor on his father's side. The emperor and Empress Masako's only child is a daughter, Princess Aiko, 19. 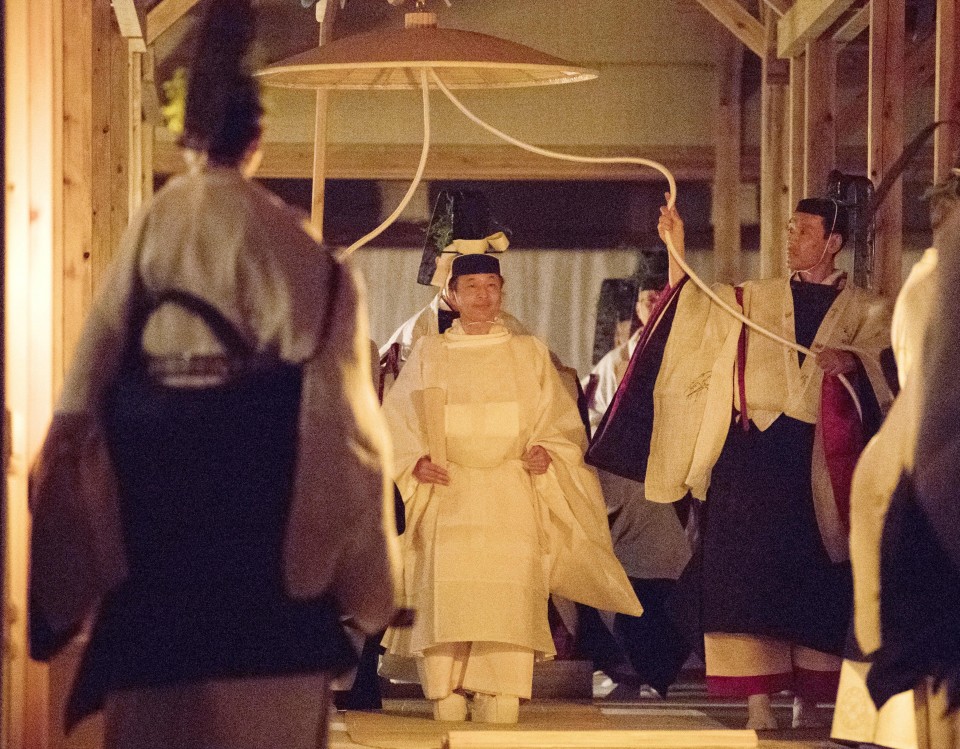 Japanese Emperor Naruhito clad in white traditional attire heads to the Yuki Hall, part of the gigantic Daijokyu Halls, to perform the "Daijokyu no gi" main rite of the Daijosai great thanksgiving ceremony on the Imperial Palace grounds in Tokyo on Nov. 14, 2019. The Daijosai is a key rite performed by a new emperor once during his reign. (Kyodo) ==Kyodo

Over 60 percent of the 21 experts consulted were in favor, or conditionally in favor, of expanding the current patrilineal male-only imperial succession to women. The 21 experts included eight women.

In the last of the expert meetings on Monday, novelist Risa Wataya said it is with the times to welcome patrilineal imperial succession by women, but expressed more conservative views regarding an emperor descending from the maternal line.

Machiko Satonaka, a manga artist known for depicting female monarchs in her works, agreed it is natural for women from the paternal line to be eligible to succeed the throne.

But Hisashi Matsumoto, a professor of Shinto studies at Kokugakuin University, objected to the idea, saying, "We should refrain from lightly changing rules that are based on historical circumstances," and called matrilineal inheritance "unthinkable."

The six-person government panel, which was formed amid mounting concern over the dwindling number of imperial family members, will hold its seventh meeting on June 16 to discuss the views collected from experts. 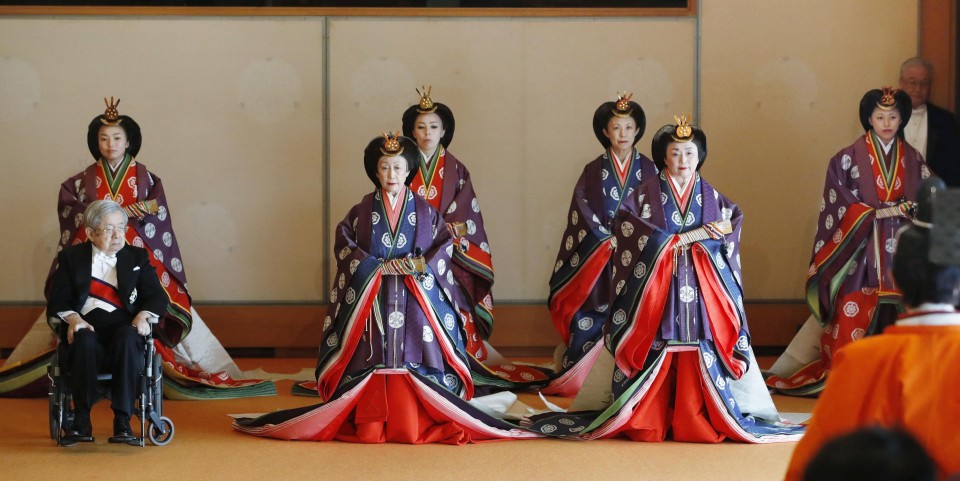 Japanese imperial family members clad in traditional attire are pictured at the "Matsu no Ma" state room of the Imperial Palace in Tokyo ahead of Emperor Naruhito's enthronement ceremony on Oct. 22, 2019. (Kyodo) ==Kyodo