Australia has filed a complaint to the World Trade Organization over anti-dumping tariffs imposed by China on Australian wine, the country's Department of Foreign Affairs and Trade said Tuesday.

The department confirmed it filed the complaint on June 22 and said it argues "the anti-dumping and countervailing measures on Australian wine are unreasonable." 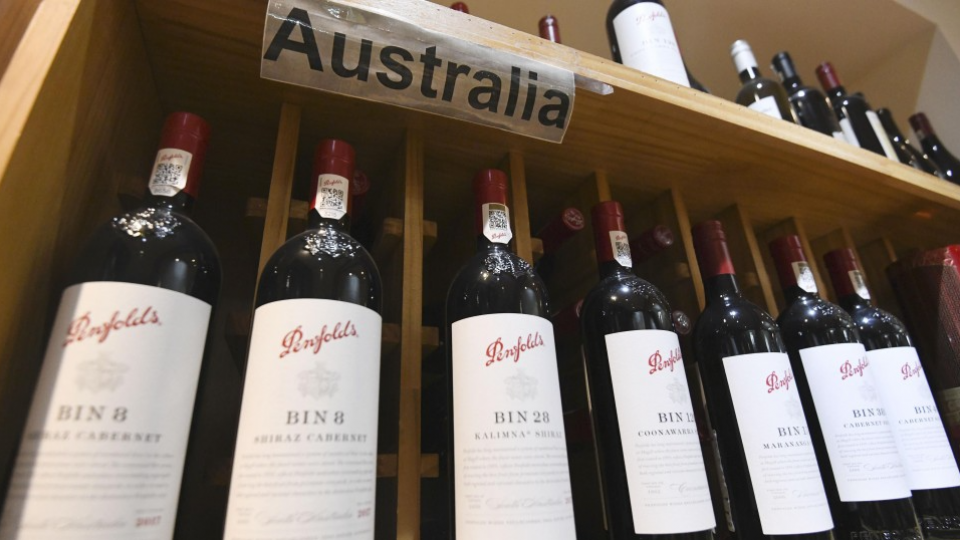 File photo taken in November 2020 shows bottles of Australian wine at a supermarket in Beijing. (Kyodo)

The case is the second complaint that Canberra has filed at the global trade body against Beijing after one in December over barley import tariffs, marking a further escalation of trade tensions between the two countries.

The WTO said on Monday the organization will give Australia and China 60 days to discuss the matter and find a solution. If the two parties fail to resolve the dispute, Australia can request adjudication by a WTO panel.

Relations between Beijing and Canberra have continued to sour, particularly after Australia early last year called for an independent review into the origins of the novel coronavirus, first detected in the central Chinese city of Wuhan in late 2019.