The government said Thursday it has decided to ban planes operated by any Belarusian airline from landing in Japan after the Eastern European country forced a civilian plane to land and arrested a dissident journalist on board last month. 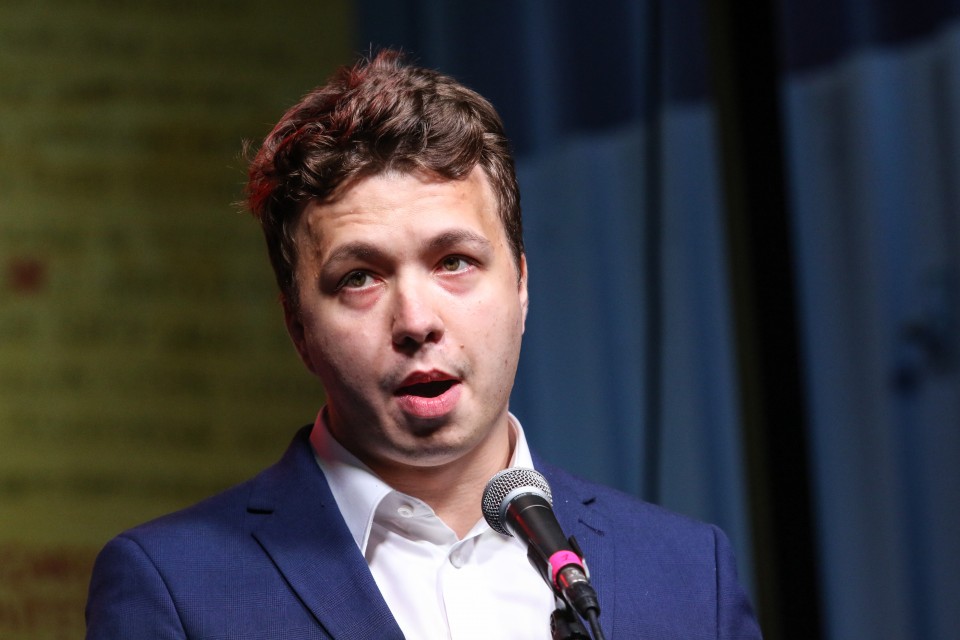 The ban on arrivals by Belarusian planes is symbolic as Japan and Belarus have no direct air connection. It follows a move by the European Union last week to ban Belarusian airlines from flying over the EU's airspace or using its airports.

"We strongly condemn the forced landing of a civilian aircraft and the arbitrary arrest of a specific passenger on board by the Belarusian authorities, and we demand the immediate release of the arrested journalist," Kato said at a regular news conference.

The Japanese move also came after the foreign ministers of the Group of Seven industrialized nations condemned the action by Belarus.

On May 23, Belarusian authorities diverted a Ryanair plane to Minsk and detained dissident journalist Roman Protasevich, who was on board, sparking an international outcry.

Protasevich is a founder of the online news service NEXTA, which broadcast footage of mass protests against Belarusian President Alexander Lukashenko last year.

Major Japanese airline All Nippon Airways Co. has already followed an advisory by the European Union Aviation Safety Agency to avoid flying over Belarus. Japan's other major international carrier, Japan Airlines Co., said it does not have flight routes over the European country.