The Okinawa prefectural government began shutting many schools Monday as it tries to prevent the further spread of coronavirus infections among young people.

The measure, effective through June 20, comes as the southern island prefecture which is currently under a coronavirus state of emergency reports clusters of infections at schools and childcare facilities.

Okinawa had its highest daily case total in late May, with 335 reported infections, as it battles the most recent wave sweeping Japan. 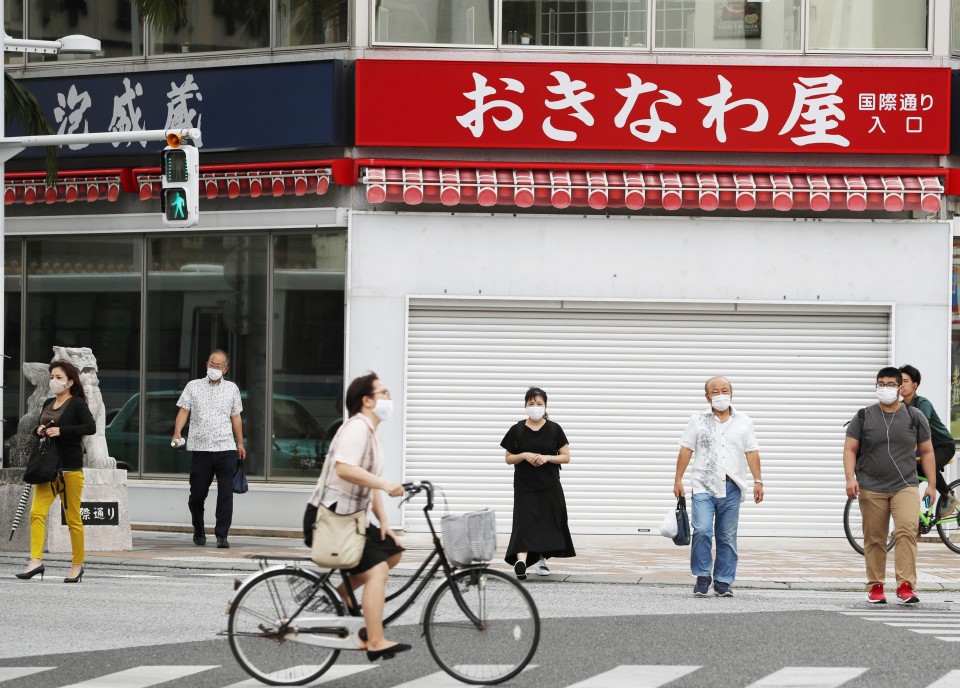 People wearing face masks walk on a main street in Naha, Okinawa Prefecture on May 21, 2021. The Japanese government is set to decide later in the day to add Okinawa to areas under a COVID-19 state of emergency as infections in the southern island prefecture surge. (Kyodo) ==Kyodo

Some high schools in areas where fewer coronavirus cases have been reported remain open.

Elementary and junior high schools in the prefectural capital of Naha and other cities and villages will be also closed temporarily from Tuesday, as requested by the prefectural government.

The local education board is considering shortening the summer vacation to make up for missed classroom time, as it did last year after the schools were shut due to the pandemic.

"Many young people have been infected. Adults are not solely responsible (for the pandemic)," said a 17-year-old high school student in Naha.

"We don't know yet what will happen to our classes. I'm worried that it might affect my preparations for entrance exams."

A mother from the city of Urasoe said that like last year her 9-year-old's elementary school will offer online classes.

The lack of in-person schooling does not seem to have much impact as kids are very used to doing things online anyway, such as playing games, she said.

In February last year, then Prime Minister Shinzo Abe abruptly called on all of Japan's 47 prefectures to close elementary, junior high and high schools due to the pandemic, causing parents to scramble to organize a way to look after their children.