Japan plans to move forward on a proposal that will allow up to 10,000 spectators or 50 percent of a venue's capacity, whichever is smaller, at events in July and August should the current state of emergency and other COVID-19 measures be lifted, government sources said Tuesday.

The government will hold a coronavirus task force meeting on Thursday, during which it is expected to lift the state of the emergency on Sunday as scheduled in most of the 10 prefectures covered, though some including the capital as well as Osaka will likely shift to a quasi-state of emergency.

In areas under a quasi-emergency, attendance at events such as sports games and concerts will remain capped at 5,000 people. 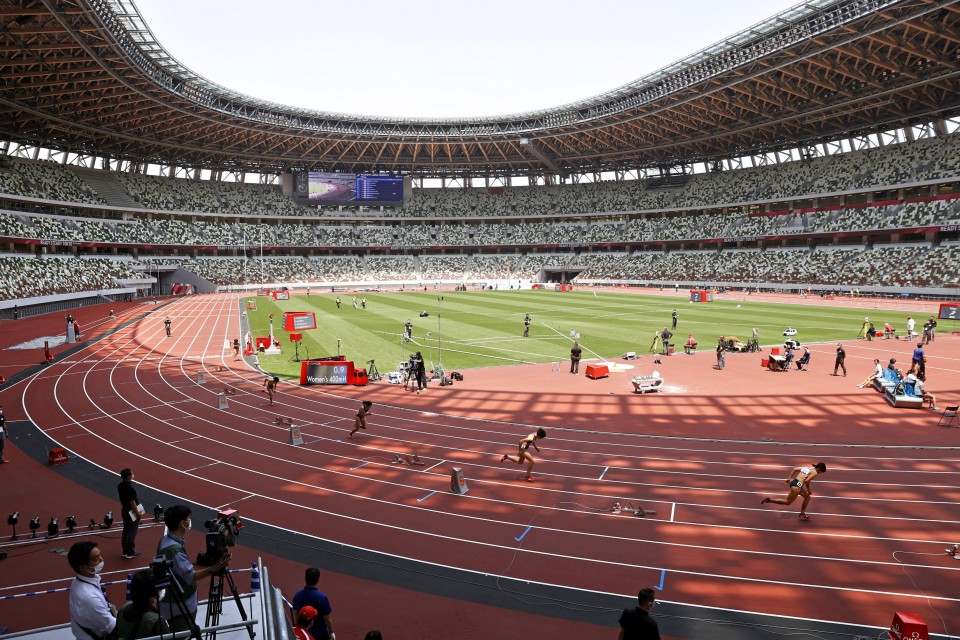 Following the lifting of the state of emergency and other COVID-19 measures, the government had originally planned to allow a maximum of 5,000 people or 50 percent of a venue's capacity, whichever number is greater, at big events until the end of this month.

For the capital's National Stadium, the venue for the opening ceremony of the Tokyo Olympics with a capacity of 68,000 people, it would mean 34,000 spectators would be allowed.

A proposal was made to limit the number of spectators to 10,000 as a transitional measure after government officials expressed concerns over such a large crowd.

Prime Minister Yoshihide Suga has said that the limit on spectators at the Olympics will be set according to the government's restrictions on the number of attendees at major events.

But the details remain subject to change depending on discussions at Wednesday's subcommittee meeting as many health experts have advised against holding the games with spectators.

The government will discuss with relevant ministers the same day to decide on the direction to take.