Organizers of the Tokyo Olympics and Paralympics will hold an online meeting Monday to decide on a limit on spectators at the games amid the coronavirus pandemic, Seiko Hashimoto, president of the organizing committee, said Friday.

The meeting is set to be attended by representatives of the International Olympic Committee and four other bodies responsible for the planning of the games, including the Japanese and Tokyo metropolitan governments. 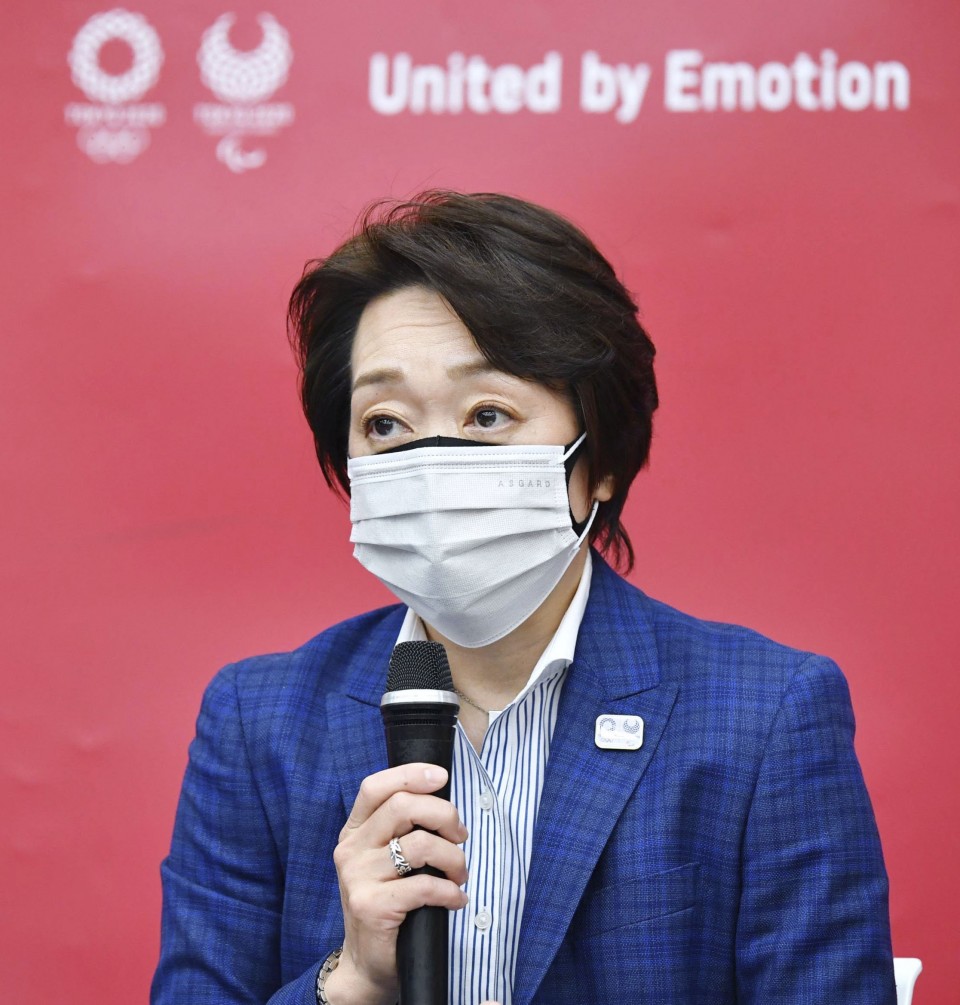 Seiko Hashimoto, president of the Tokyo Olympic and Paralympic organizing committee, speaks at a press conference in Tokyo on June 18, 2021. (Pool photo) (Kyodo)

"There are issues with tickets, so we will cause trouble to many people unless we make a decision on the Olympics now," Hashimoto said at a press conference. "It will be time for a final decision."

The Japanese government has said it will allow up to 10,000 people at large events in Japan, as long as they do not exceed 50 percent of venue capacity, in areas that are not under a COVID-19 state of emergency or a quasi-state of emergency.

Japanese government and Olympic officials plan to apply the policy also to the Olympics, due to begin July 23, and the Paralympics.

However, Hashimoto said the organizers may need to make changes to the policy over how many spectators will be allowed at venues if the situation of the pandemic changes.

In March, the five organizing bodies decided to stage the games without fans from abroad due to the pandemic.

The organizers initially planned to agree on a policy regarding spectators living in Japan in April, but they pushed back the decision until June to monitor the infection situation closely.

A coronavirus state of emergency was issued for Tokyo in April following a fourth wave of infections. Prime Minister Yoshihide Suga decided Thursday that the measure will end Sunday in the capital and eight prefectures, including Aichi, Osaka and Fukuoka, and most of them will shift to a quasi-state of emergency until July 11.