Japan's donated COVID-19 vaccine arrived in Taiwan on Friday as the democratic island has been struggling to procure shots amid a surge of coronavirus cases, swiftly triggering a strong backlash from Communist-led mainland China.

To the self-ruled island, Japan shipped free of charge 1.24 million doses of the vaccine, developed by AstraZeneca Plc of Britain and manufactured domestically through license production, despite criticism from China, which regards Taiwan as a renegade province.

"The provision is based on our important partnership and friendship with Taiwan," Foreign Minister Toshimitsu Motegi said at a press conference in Tokyo, referring to the aid Japan received from Taiwan following a massive earthquake and tsunami that devastated northeastern Japan in 2011. 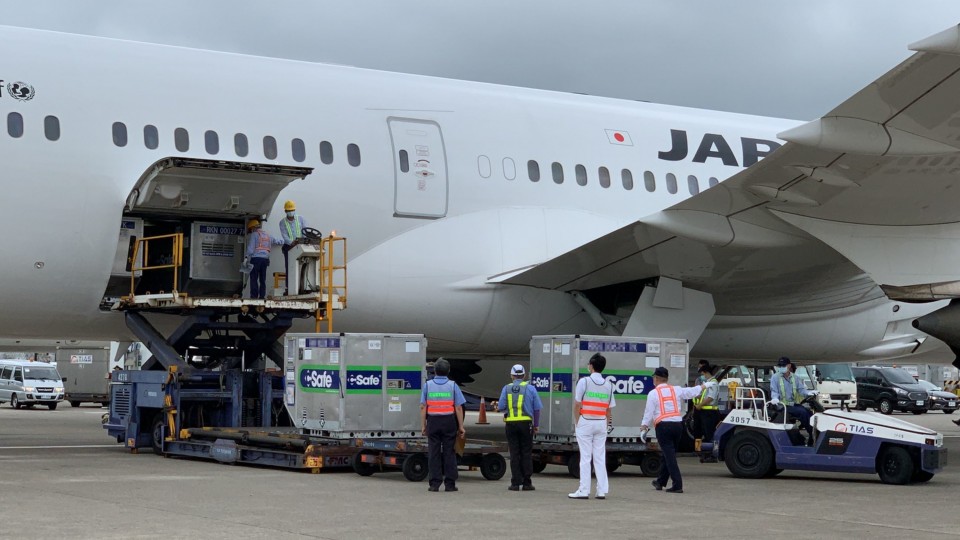 Motegi said the offer was arranged on request from Taiwan. The island has been grappling with a dramatic rise in coronavirus cases since May and has had difficulties in securing COVID-19 vaccines.

Taiwan said China blocked purchase negotiations with BioNTech SE, Pfizer Inc.'s German coronavirus vaccine development partner, just as it was about to secure a vaccine deal with the company. 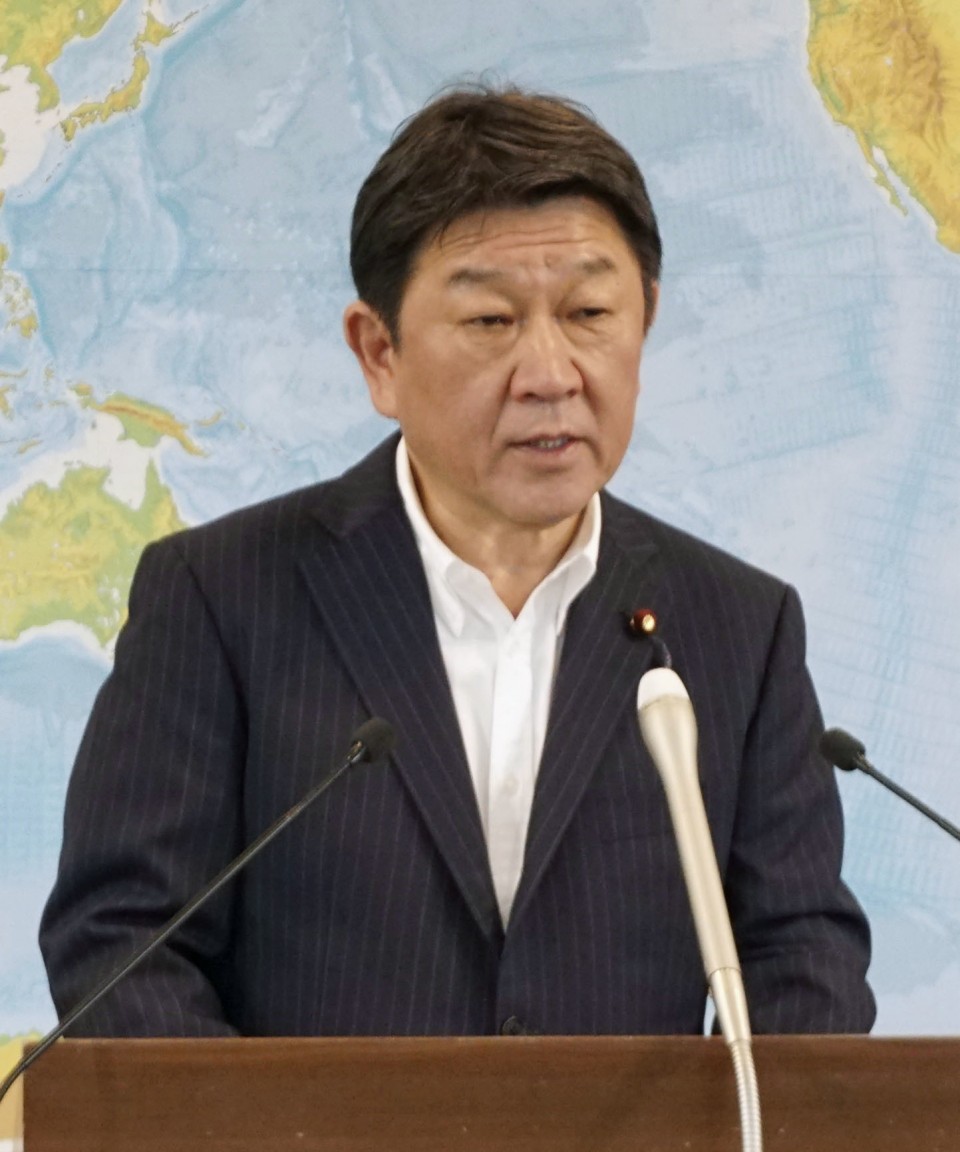 Japanese Foreign Minister Toshimitsu Motegi speaks at a press conference in Tokyo on June 4, 2021, about the government's decision to provide 1.24 million doses of COVID-19 vaccine to Taiwan. (Kyodo) ==Kyodo

Motegi said Japan would consider additional supplies to Taiwan and provisions to countries that are also in need, depending on their relationship with Japan among other factors.

"We are grateful for the timely assistance we have received from partners who share the same values of freedom and democracy, giving Taiwan more confidence in democracy," she said.

Taiwan's de facto ambassador to Japan, Frank Hsieh, who saw the shipment off at Narita airport near Tokyo in wet weather, described the shipment as "timely rain."

He apologized to the Taiwanese public for keeping the matter a secret from start to finish. Hsieh said, "Before the vaccines get on the plane, it's possible to change," suggesting China could intervene.

The news of Japan providing the supply to Taiwan has been also welcomed by Taiwanese people, with local newspapers running front-page articles on the Japanese move, saying it reflects the friendship between the two neighbors.

The United States will separately provide coronavirus vaccines to Taiwan through the U.N.-backed COVAX global vaccine sharing program, in the latest sign of U.S. support for the island facing pressure from mainland China.

The Chinese government, meanwhile, lambasted Taiwan for accepting the vaccine doses from Japan, saying the Tsai government, led by the independence-leaning Democratic Progressive Party, "has blocked vaccine shipments from the mainland."

"Accepting safe and well-stocked vaccines developed by the mainland can help contain the virus" on the island, the Chinese government said in a statement on Friday.

"Vaccine aid should return to the original intention of saving lives, and not be reduced to a toll for political self-interest," Wang told reporters.

Even with its offer to Taiwan, Japan, which launched its inoculation program in February, will have enough shots for all of its residents aged 16 or older by using vaccines developed by U.S. pharmaceutical companies Pfizer and Moderna Inc.

Japan has secured enough AstraZeneca doses for 60 million people and approved the use of the vaccine last month. But it does not intend to use it immediately due to rare cases of blood clots being reported overseas, according to the health ministry.

Taiwan and mainland China have been separately governed since they split in 1949 as a result of a civil war. Their relationship has deteriorated since Tsai became Taiwan president since 2016.

The leadership of Chinese President Xi Jinping is believed to be aiming to reunify the island with the mainland by force if necessary.

While Tokyo severed diplomatic ties with Taipei and established them with Beijing in 1972, Taiwan and Japan have continued to deepen economic cooperation at the initiative of the private sector.

Recently, the government of Japanese Prime Minister Yoshihide Suga has been strengthening its commitment to the Taiwan issue, making relations between the two Asian powers fragile.

At his summit in Washington in April, Suga confirmed with U.S. President Joe Biden "the importance of peace and stability across the Taiwan Strait." It marked the first time in 52 years that Japanese and U.S. leaders have mentioned Taiwan in a joint statement.