According to the official Korean Central News Agency, Kim held a ruling party military meeting on Friday, one day ahead of the third anniversary of the first U.S.-North Korea summit in Singapore in 2018. 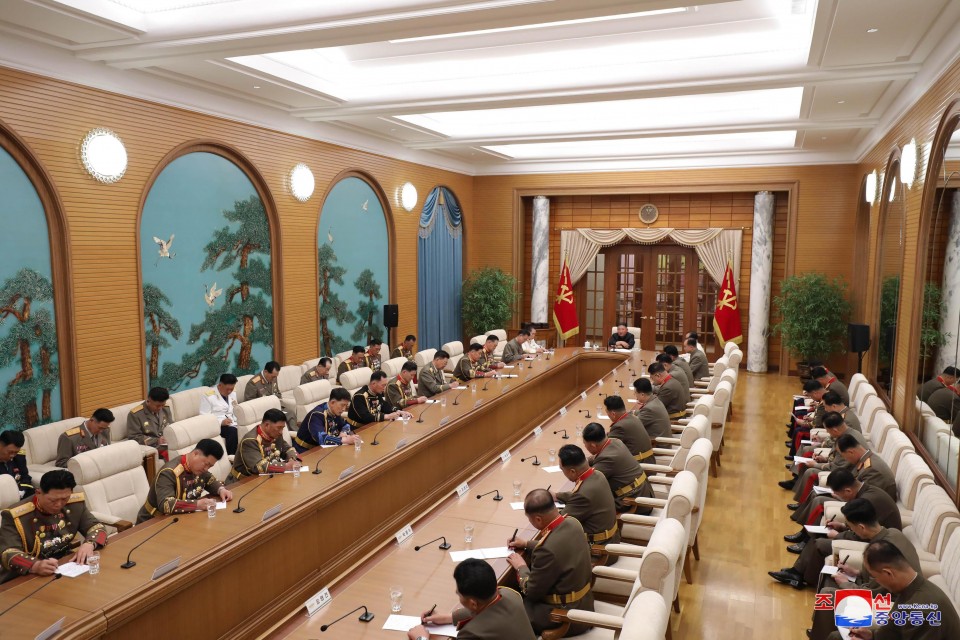 At the meeting it was confirmed that it is important to bring about a "fresh turn" in the overall work of national defense "as required by the recent fast-changing situation around the Korean Peninsula," the news agency said.

Kim "analyzed the prevailing situation and the real state of the work of the People's Army and indicated the strategic tasks to be permanently held fast to" and ways to develop the revolutionary armed forces, KCNA said.

At the congress of the Workers' Party of Korea in January, held for the first time in nearly five years, Kim pledged to strengthen his country's nuclear arsenal and build an improved intercontinental ballistic missile that could reach the continental United States.

North Korea has also expressed unwillingness to hold bilateral talks with the administration of U.S. President Joe Biden, who took office in January, unless Washington withdraws its hostile policy toward Pyongyang.

At their first-ever summit in Singapore in 2018, Biden's predecessor Donald Trump and Kim agreed that Washington would provide security guarantees to Pyongyang in exchange for "complete" denuclearization of the Korean Peninsula.

The following year, they fell short of bridging the gap between demands by the United States and North Korea's calls for sanctions relief at their second summit in the Vietnamese capital Hanoi.

After Trump and Kim surprisingly met in June 2019 at the Demilitarized Zone dividing the two Koreas, negotiations between Washington and Pyongyang made little progress.

KCNA did not elaborate whether Kim mentioned nuclear weapons and ICBMs at Friday's gathering.