British Prime Minister Boris Johnson and U.S. President Joe Biden on Thursday agreed on a new "Atlantic Charter" which sets out their joint ambitions to promote democracy and human rights across the world.

Meeting face-to-face for the first time in the seaside resort of Carbis Bay, Cornwall, southwest England, ahead of the summit of the Group of Seven countries starting Friday, the two leaders issued a new charter to deepen cooperation in areas such as defense and economic prosperity. 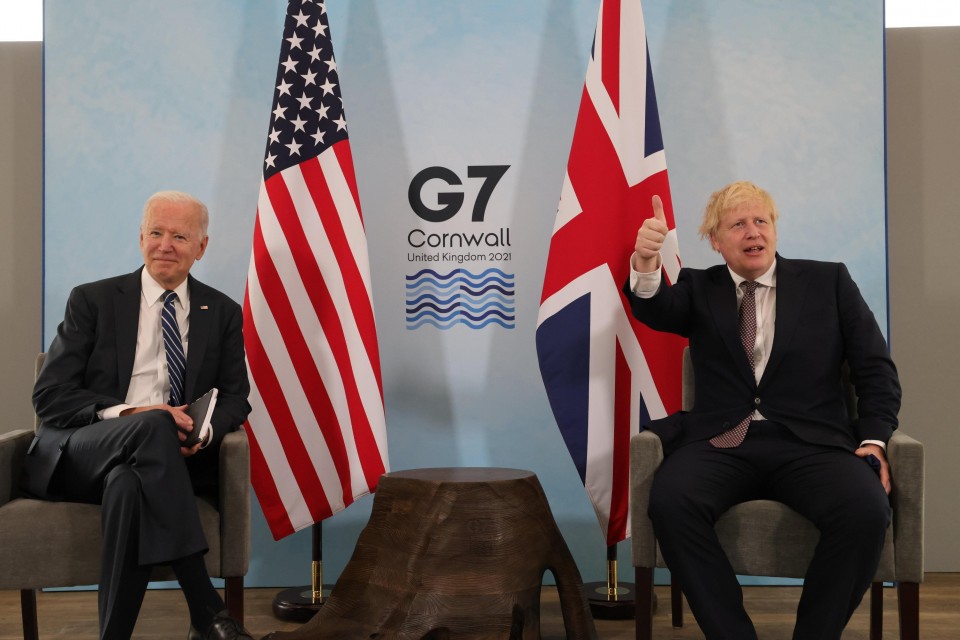 The agreement is modeled on the postwar vision outlined by then British Prime Minister Winston Churchill and U.S. President Franklin D. Roosevelt in 1941, and is underpinned by a commitment to collective security through the North Atlantic Treaty Organization.

The new charter places importance on multilateralism, building a fair and sustainable global trading system and boosting the supply of vaccines to tackle the coronavirus pandemic.

Both countries also agreed to work with other G-7 countries to ensure resilient and diverse supply chains and work with the private sector to improve infrastructure in poorer nations.

The two leaders also agreed to reopen travel between Britain and the United States as soon as possible, as well as pursue a bilateral technology trade agreement.

Speaking after the meeting, Johnson said, "The relationship between North America and Europe which is incarnated in that 'Atlantic Charter' of 1941, which we have renewed today...is of massive strategic importance for the prosperity and security of the world and all the things we believe in together: democracy, human rights and the rule of law."

Earlier Thursday, Johnson outlined his goals for the G-7 summit, noting that leaders will pledge to distribute COVID-19 vaccines to inoculate the world by the end of next year as well as frame a treaty on pandemic preparedness.

He also aims to relaunch the G-7 to promote openness and democracy.

The G-7 summit, which brings together the leaders from Britain, Canada, France, Germany, Italy, Japan and the United States as well as the European Union, will be the first in-person meeting of its kind in nearly two years.