A Japanese researcher has found official U.S. documents detailing how the American military scattered the cremated remains of Japan's wartime Prime Minister Hideki Tojo and six other executed Class-A war criminals in the Pacific Ocean, shedding light on decades of mystery over their whereabouts.

The declassified documents, discovered by Hiroaki Takazawa, associate professor at Nihon University College of Industrial Technology, at the U.S. National Archives and Records Administration, contain a statement that a U.S. Army major "personally scattered the cremated remains" of the criminals over the Pacific Ocean. 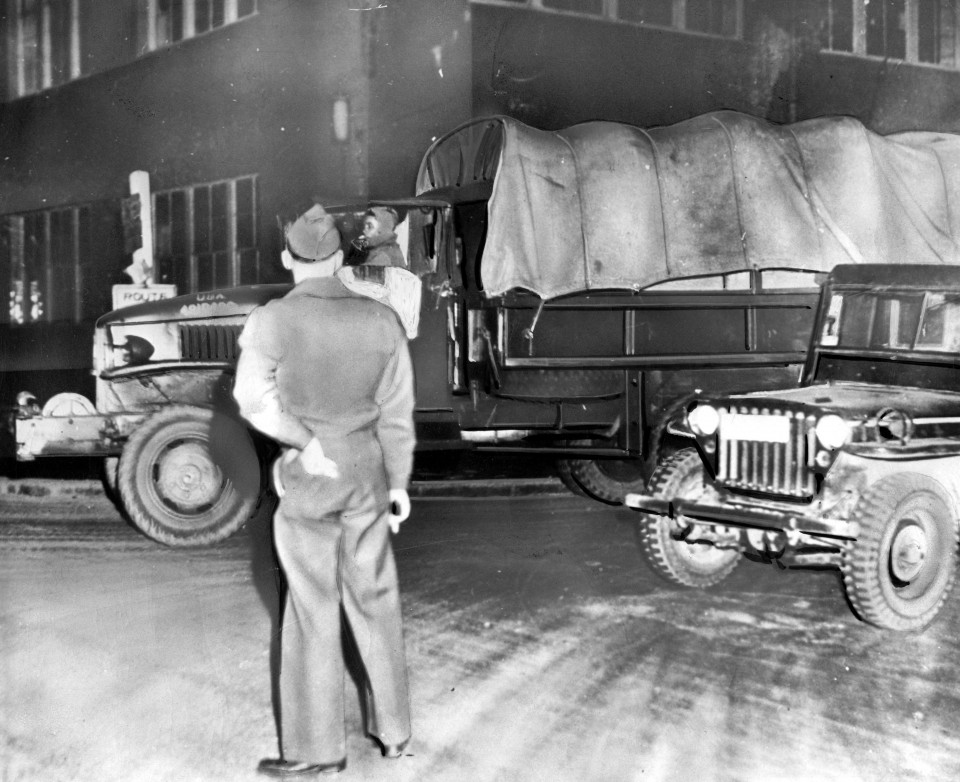 Tojo was among 28 Class-A war criminals comprising Japanese political and military leaders who were indicted for crimes against peace after World War II, and seven, including the former premier, were hanged.

Major Luther Frierson wrote in one of the documents by the Eighth Army dated Jan. 4, 1949, that the paper is "a detailed account of the activities of the undersigned in connection with the execution and final disposition of remains of seven war criminals executed 23 December 1948."

Frierson was present at the scene of the execution of the criminals after midnight on Dec. 22, 1948, at Sugamo Prison in Tokyo, according to the document. A truck carrying the bodies departed the prison at 2:10 a.m. on Dec. 23 and arrived at the area occupied by the U.S. military's 108th Quartermaster Graves Registration Platoon in Yokohama at 3:40 a.m.

At 7:25 a.m., the truck left the area arriving at a crematorium in Yokohama 30 minutes later. The bodies were moved directly from the truck into the incinerators by 8:05 a.m.

After the cremation, the remains were placed in separate urns and transported to the Eighth Army Liaison Air Strip and put aboard a liaison plane piloted by one of the Eighth Army pilots, with Frierson as a passenger.

"We proceeded to a point approximately 30 miles over the Pacific Ocean east of Yokohama where I personally scattered the cremated remains over a wide area," Frierson wrote in the document.

According to the Yokohama municipal government, the airstrip was located two kilometers from the crematorium.

The document indicates that the dispersion of the remains occurred on the day of the execution, but it did not specify the exact location or time of the scattering.

"If the remains were returned to nature, that is better than being abandoned somewhere else," said Hidetoshi Tojo, 48, great-grandchild of the executed former prime minister.

"I had no idea (what happened to the remains) as there was somehow no talk about it," he said. "It is disappointing that we cannot pinpoint the location in the Pacific. It was made difficult to know the exact location by scattering them in the sea, and it is my understanding that the U.S. military was making a thorough effort to ensure that they not be deified."

Yoshinobu Higurashi, professor at Teikyo University, said the U.S. military scattered the remains in the ocean to prevent the deification of war criminals just as the remains of executed criminals of Nazi Germany convicted at the Nuremberg trials were dispersed in a river.

"The discovered documents are highly significant for writing in detail about how the remains of the executed Class-A war criminals were disposed of," he said.

Regarding the disposals of the remains, William Sebald, chief of the Diplomatic Section at the General Headquarters of the Allied Powers, which occupied Japan after the war, wrote in his book that the cremated remains would be scattered as their graves could have been deified. Sebald was also present at the executions of the Class-A war criminals.