Major fiber manufacturer Teijin Ltd. is set to market a new type of casual apparel featuring small fans that allow the wearer to cool off in the heat of summer without the hassle of being blown up like a balloon. 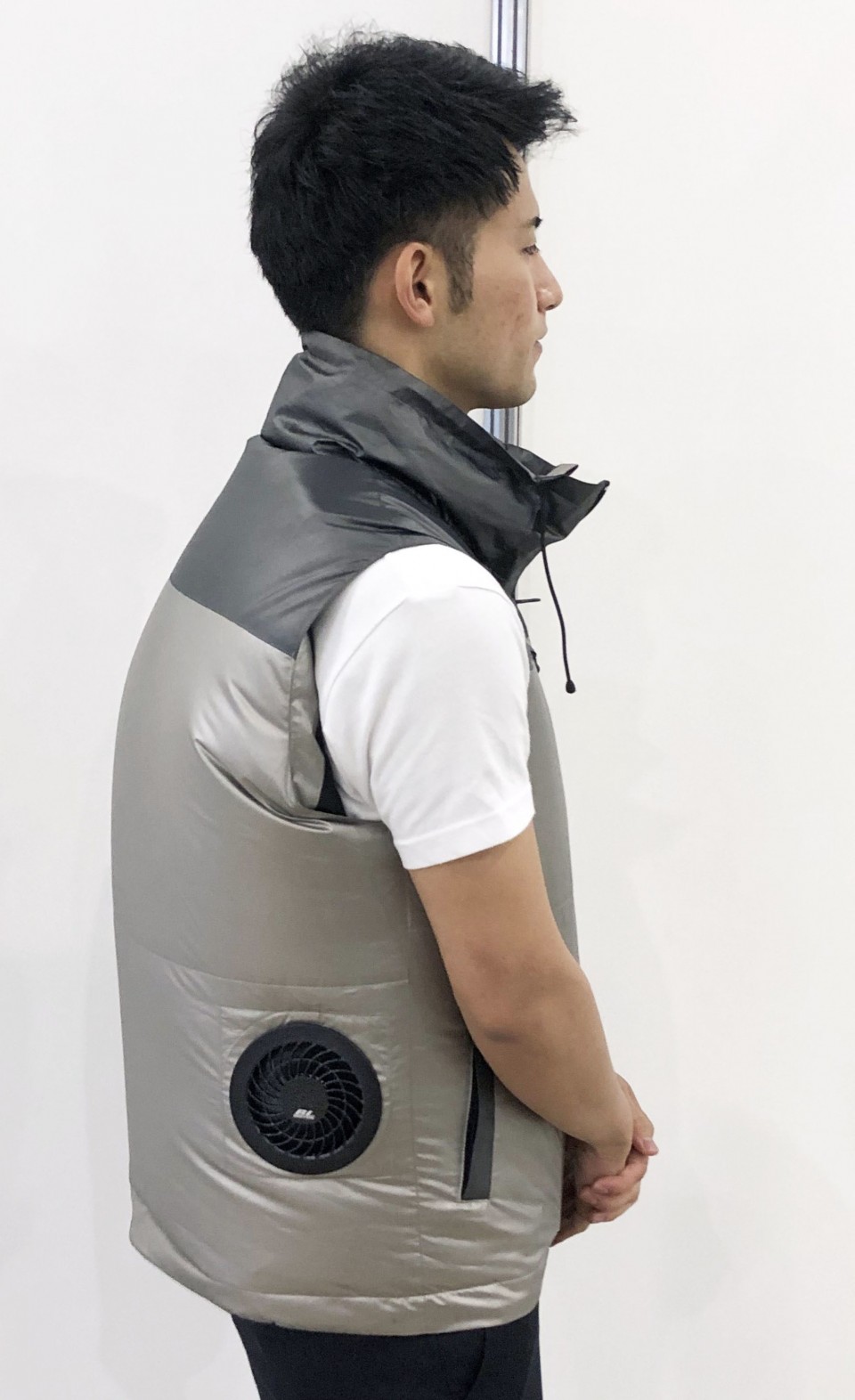 A man wears a vest with a built-in electric fan developed by Teijin Ltd. and partner companies in Tokyo on June 23, 2021. (Kyodo)

Targeting young people and expectant mothers in addition to conventional wearers such as construction workers, the three companies plan to test-market everyday apparel with fans including vests and jackets beginning this summer, before officially launching the items next year.

While most clothes incorporating electronic fans require sleeves and hems to be closed to stop cool air from leaking out, Teijin's new vests and jackets, among other items, are made of a synthetic fiber that allows the wearer to enjoy the full use of a fan without being fully zipped up.

The clothes are made of a double-layered material that controls airflow, with an outlet in the inner lining that prevents cool air from escaping. The clothes, including fans and batteries, are expected to cost 20,000 yen to 30,000 yen ($180 to $270) per item.

Nobuyoshi Miyasaka, an official in Teijin's global strategy department who developed the patented technology, came up with the idea of expanding the customer base for clothing with built-in fans after he saw a woman pushing a stroller with one hand while holding a mini electric fan in the other to cool herself.

"I'm not sure whether the new items will be accepted, but I believe there's a demand," he said.