The U.N. General Assembly on Friday adopted a resolution denouncing the Myanmar military "in the strongest terms" over its February coup that ousted elected leaders as well as its continued use of violence against anti-government protesters in the country.

The resolution, agreed in a majority vote, also seeks to "prevent the flow of arms" into the Southeast Asian country, while calling "for the immediate release" of former leader Aung San Suu Kyi and other detained leaders.

The resolution condemned the "excessive and lethal violence" by the Myanmar military, and called for the return to democratic transition in the country. 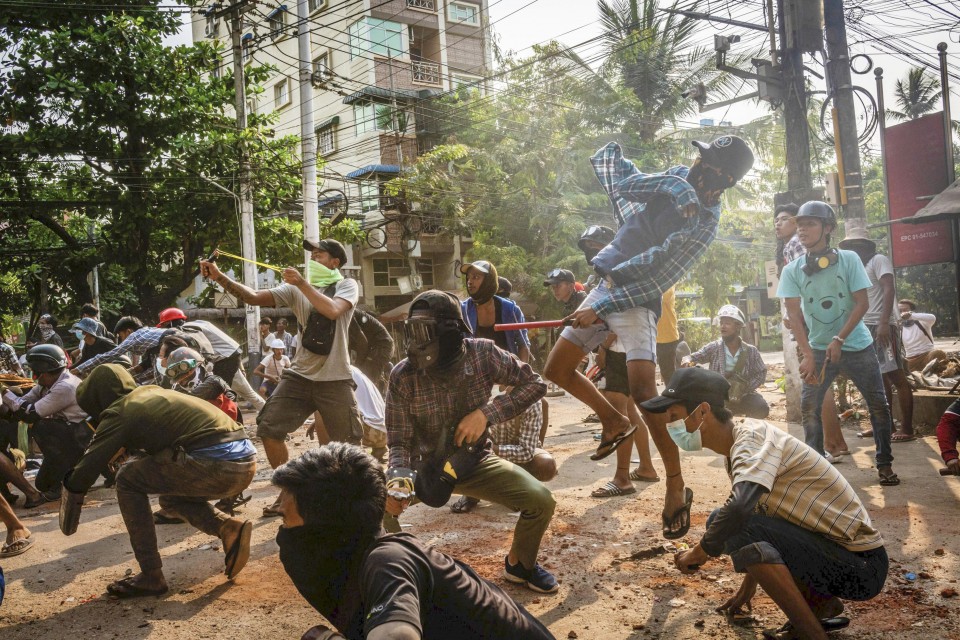 A total of 119 countries backed the resolution, with 36 countries including China and Russia abstaining and only Belarus voting against it.

Although the adoption of the U.N. resolution is seen as an international warning to the Myanmar junta against further crackdowns on protesters, the considerable number of countries opting not to vote suggests the world remains divided on the issue.

Thailand and Brunei were also among the 36 U.N. member states abstaining.

Lichtenstein took the lead in drafting the document, with more than 50 countries including Britain, Japan and the United States joining as co-sponsors.

The Myanmar military seized control of the country after the Feb. 1 coup and detained a number of government leaders. Over 800 people have lost their lives in the military crackdown since February.