The plan is for each of around 600 officials and prospective Paralympians to have received their second doses by the end of July. 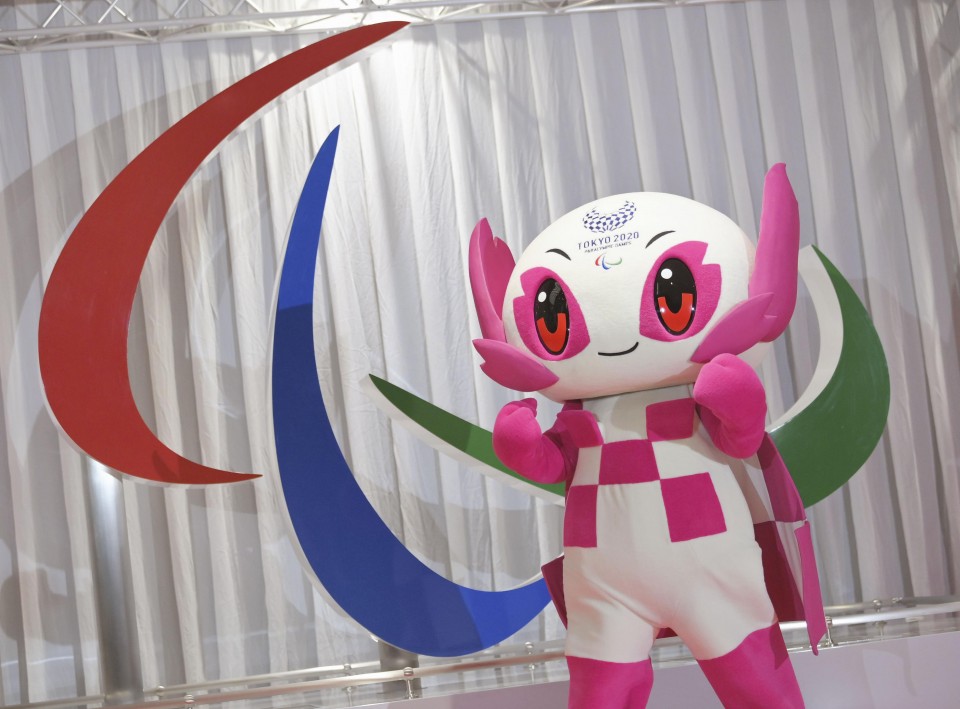 A Paralympic symbol monument is unveiled on May 16, 2021, in Tokyo with official mascot Someity posing. (Kyodo)

The first doses were administered in the Tokyo area, with the committee's Chairman Junichi Kawai, who will serve as Japan's Chef de Mission, receiving his first jab along with athletes.

"I heard athletes say this will give them peace of mind as they train and compete," he said in a comment. "I think this will contribute to having a safe and secure event."

According to the committee, more than 130 athletes have already been selected for the Paralympics, running from Aug. 24 to Sept. 5, with a total of around 200 eventually expected to represent Japan, with most of those wanting to receive vaccinations.