Terunofuji will pursue promotion to yokozuna and a third straight championship at the Nagoya Grand Sumo Tournament from the top east ozeki slot in the rankings published by the Japan Sumo Association on Monday.

The 29-year-old's challenge will unfold over 15 days at Nagoya's Dolphins Arena starting from July 4.

Terunofuji's career was nearly wiped out by knee injuries that dropped him to No. 48 in the jonidan division, sumo's second-lowest tier, in March 2019. Last July the Mongolian regained admission to the elite makuuchi division and was re-promoted to ozeki in May, when he won his fourth career championship and his third in the span of one year. 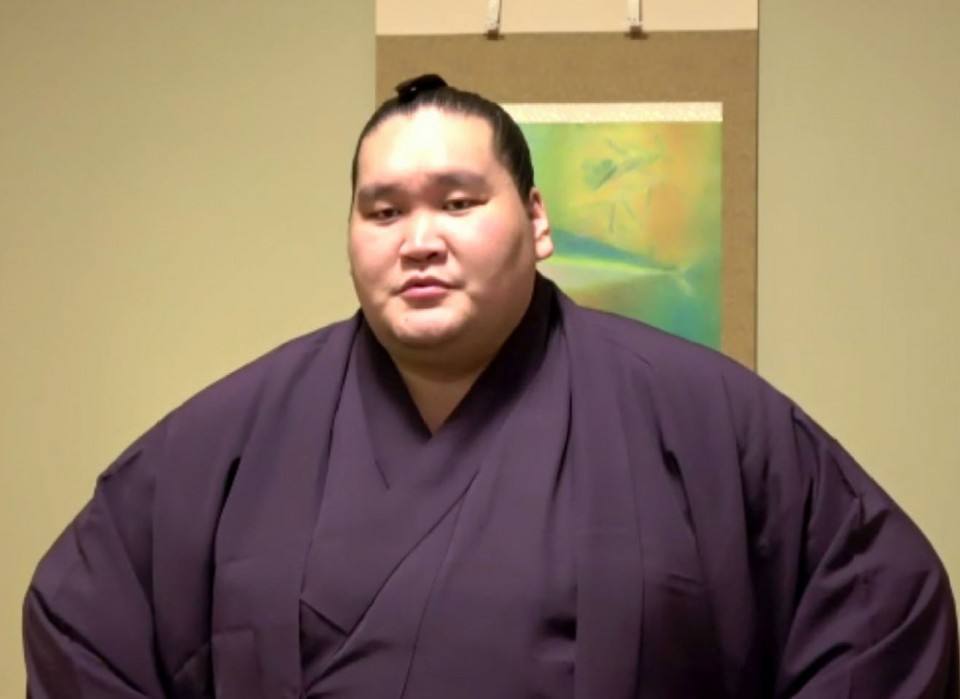 Mongolian-born Hakuho, the lone yokozuna, is expected to return after undergoing knee surgery in March. The 36-year-old, who has won a record 44 grand tournaments, has missed some or all of the past six tournaments. Anything but a solid performance Nagoya could push the all-time great to the brink of retirement.

Takakeisho, who beat Terunofuji on the final day in May, before losing to him in a championship playoff, is the top west ozeki. Shodai, who went 9-6, is next on the east, with Asanoyama rounding out the ranking. Asanoyama is beginning a six-tournament suspension for violating the association's coronavirus safety rules and will not compete.

East sekiwake Takayasu, eying re-promotion to ozeki, will need a huge tournament and possibly a first career championship to achieve that goal after going 10-5 the last two times out. A key benchmark for ozeki promotion is 33 wins over three straight grand tournaments.

Joining Takayasu at the sport's third highest rank is Mitakeumi, who went 10-5 as a komusubi in May to earn re-promotion to sekiwake for the first time in 15 tournaments.

Wakatakakage and Meisei move up to komusubi, making their debuts in the three "sanyaku" ranks below yokozuna.

At the other end of the makuuchi spectrum, Ichiyamamoto will make his top-tier debut as a No. 17 maegashira after a 10-5 record in the second-tier juryo division.

Joining him in moving up from juryo is No. 13 Ura. The popular trickster returns for the first time in 21 grand tournaments after injuries saw his ranking plummet to No. 106 in the jonidan division.

Tokushoryu, a former makuuchi division champion, and Chiyonoo have also earned re-promotion from juryo and will wrestle at Nos. 15, and 14, respectively.