The United States has urged China to move forward its goal of achieving a peak in carbon dioxide emissions before 2030, but the Asian country has rejected it, sources familiar with bilateral ties said Tuesday.

U.S. climate envoy John Kerry made the request during his meeting in April in Shanghai with Xie Zhenhua, special representative on climate affairs for China, the world's largest CO2 emitter, the sources said.

The move indicates that the administration of U.S. President Joe Biden and the leadership of Chinese President Xi Jinping have been at odds not only over trade, security and human rights issues but also over how to tackle the environment matter. 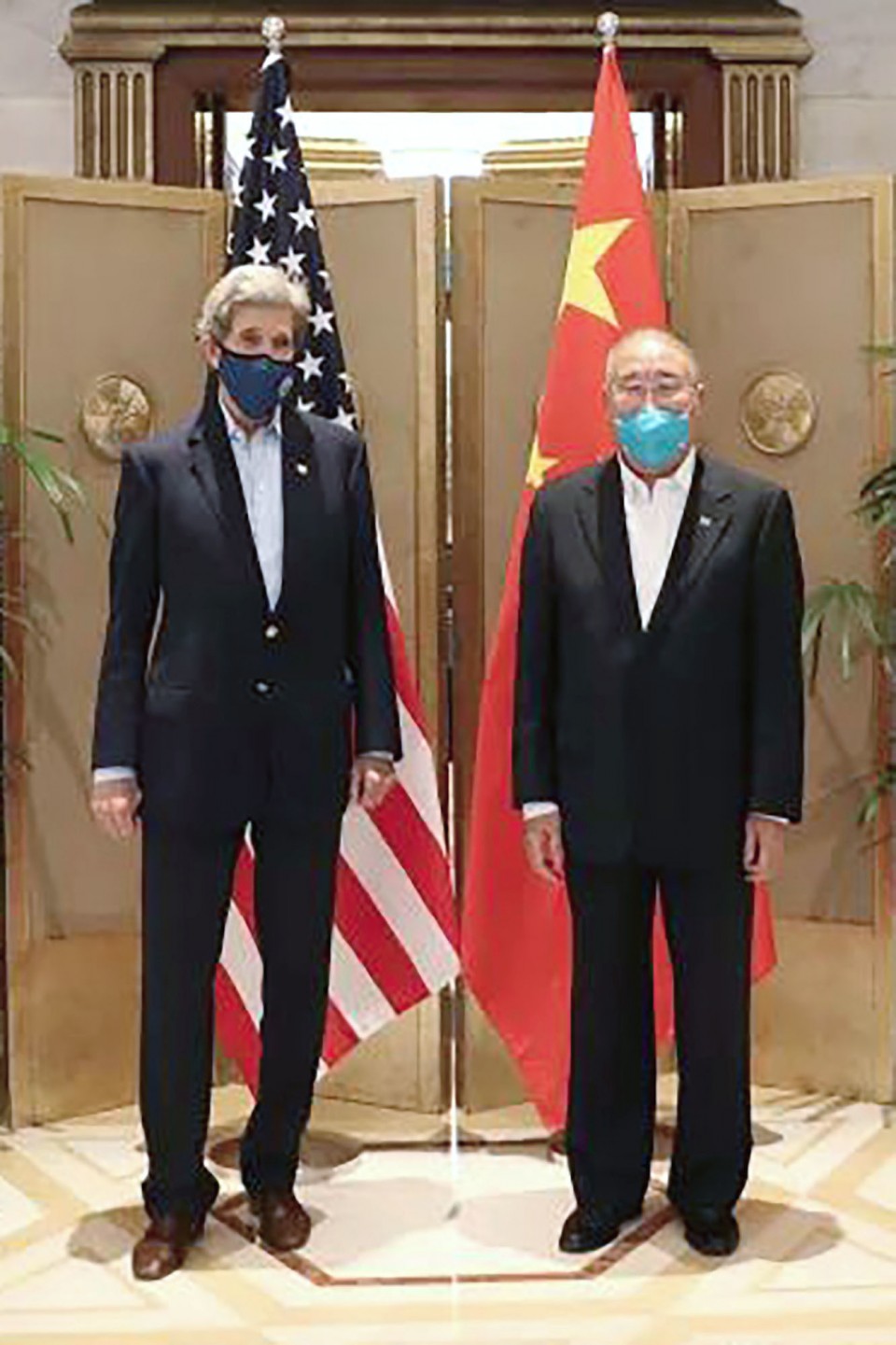 Photo from the website of the Chinese Ministry of Ecology and Environment shows U.S. climate envoy John Kerry (L) and Xie Zhenhua, special representative on climate affairs for China, in Shanghai in April. (Kyodo)

Kerry called for an earlier realization of China's 2030 CO2 emission goal, although he did not propose a time limit. Xie told Kerry that China cannot accept the U.S. demand as it is still a developing nation, according to the sources.

Xie and Kerry had talks for more than 20 hours during the U.S. envoy's four-day visit to Shanghai.

In his address to the U.N. General Assembly in September last year, Xi promised China would bring total CO2 emissions to a peak before 2030 and aim to become carbon neutral by 2060.

The United States is also likely to ask the Communist-led Chinese government to move up its 2060 goal.

One of the sources, however, said Xi will not change his international pledges as requested by the Biden administration, which was launched in January.

Many countries have recently vowed to attain net zero carbon emissions by 2050, including the United States, the second-biggest emitter of greenhouse gases, and Japan.

Xie and Kerry, meanwhile, did not discuss other issues than climate change, such as China's alleged human rights abuses against the Muslim Uyghur minority in the far western Xinjiang region and the crackdown on freedoms in Hong Kong, the sources said.

Kerry, a former U.S. secretary of state under former President Barack Obama, arrived in Shanghai on April 14, becoming the first senior official to visit China under the Biden administration.