It is the first time Japanese police have applied the charge of defamation to the sharing online of sexualized photos and videos taken of athletes non-consensually -- a phenomenon that has become a growing social problem. 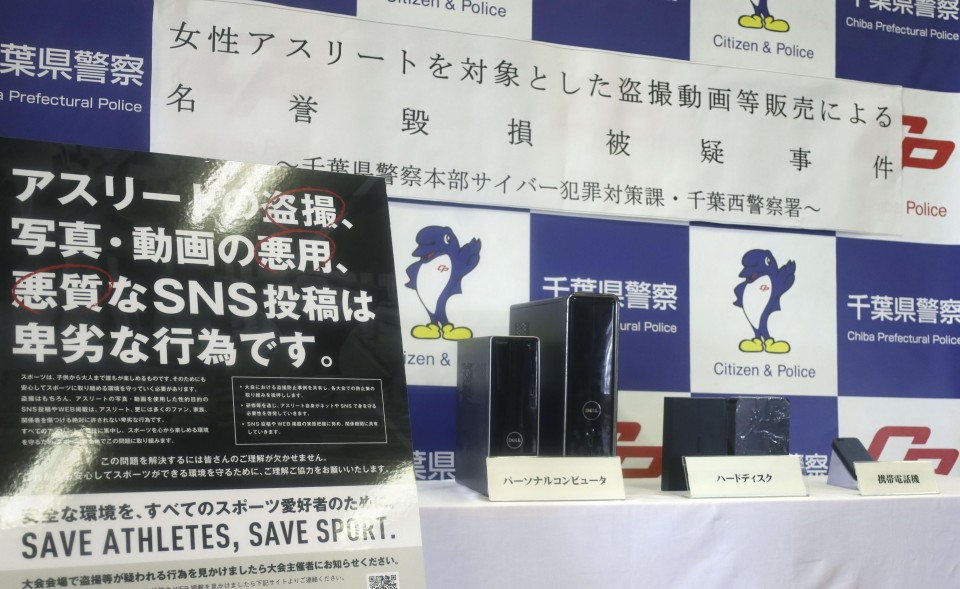 The video was filmed while the athlete was warming up and when she was competing, they said.

Tens of other videos were posted on the site, including footage emphasizing the breasts and other parts of female athletes' bodies, police said.

Ishigami has admitted to the allegation, police said, adding they suspect he earned a total of around 6 million yen ($54,000) since 2015 through the sale of the videos, including at other websites.

Police conducted the investigation in cooperation with the Japanese Olympic Committee.

The issue of sexual videos of athletes first surfaced when female athletes complained to the Japan Association of Athletics Federations in August last year.

In November, the JOC and six other sporting bodies condemned nonconsensual capturing and sharing of sexualized images of athletes in a statement and set up a center to collect information.

The Tokyo Summary Court later ordered him to pay a fine of 600,000 yen.