Kei Nishikori fell short of a quarterfinal berth Sunday at the French Open, going down 6-4, 6-1, 6-1 to German sixth seed Alexander Zverev in the fourth round. 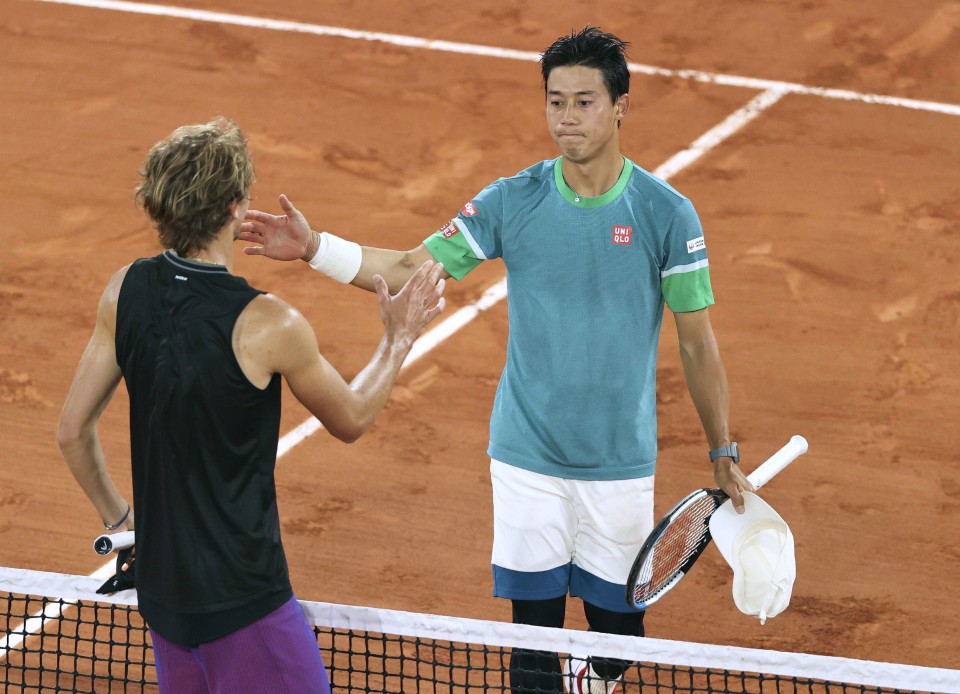 Alexander Zverev of Germany (L) shakes hands with Kei Nishikori of Japan after winning his men's singles fourth round match at the French Open at Roland Garros on June 6, 2021, in Paris. (Getty/Kyodo)

He won his only break of the match at 3-1 in the first set before pulling level at 3-3. But that was as close as it would get for the Japanese former world No. 4, who succumbed to the big-serving Zverev in 1 hour, 54 minutes.

"My opponent was too good. His defensive play was so great, it made it very hard to win points," said Nishikori, who was vying to record his 100th men's singles victory at Grand Slams.

The 31-year-old, who missed most of last season following elbow surgery, has lost all three of his meetings with Zverev this year.

"No matter how hard I've tried, I haven't been able to make a breakthrough," he said.

"I hope I continue playing the same way I did this match. Maybe even better," said Zverev. "Now we're in the quarterfinals. There's only eight of us left, and the opponents are not getting easier."