Tokyo has ranked the fourth most expensive city for expatriates in an annual cost of living survey by a U.S. consulting firm, dropping one spot from last year.

Turkmenistan's capital Ashgabat topped the list, up from second, while Hong Kong slid to second after being last year's costliest city, Mercer's Cost of Living Survey showed, as countries continue to struggle with the economic, political and health implications from the novel coronavirus. 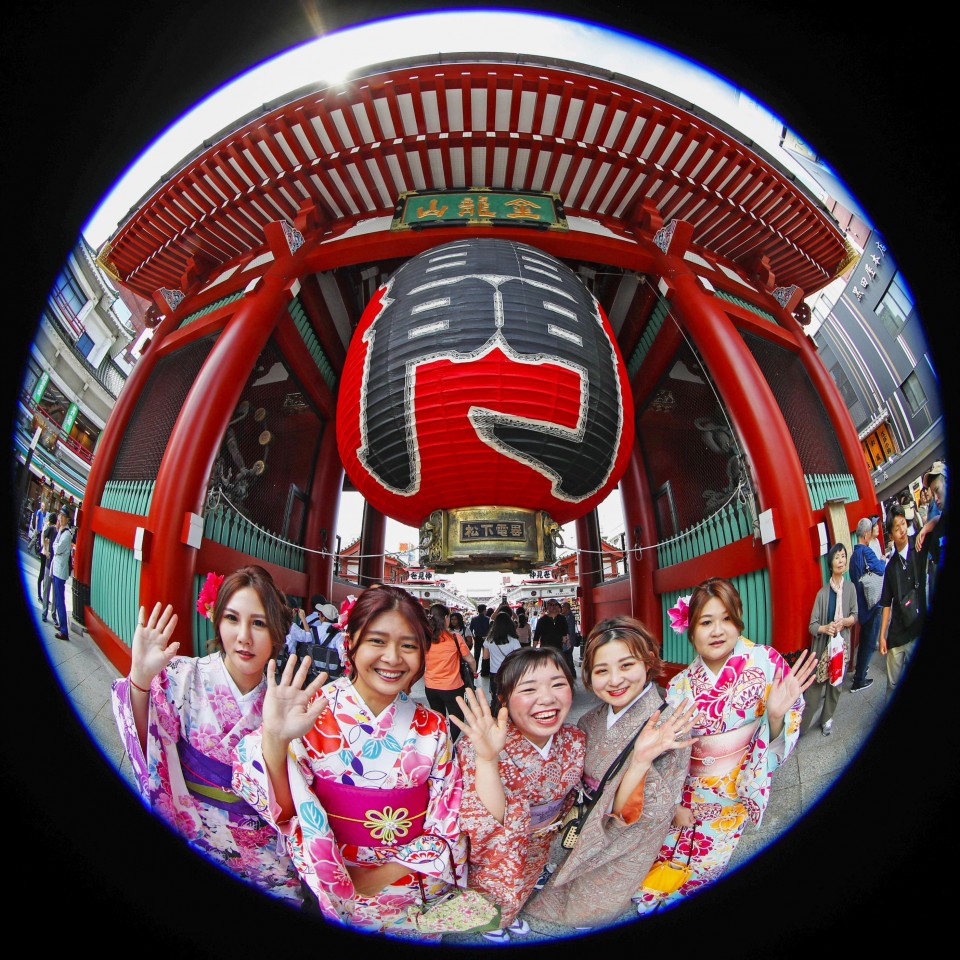 Photo taken with a fisheye lens on May 22, 2019, shows tourists posing for a photo in front of the Kaminari Gate at Sensoji Temple in Tokyo. (Kyodo)

With more than half of the top 10 most expensive cities in Asia, Zurich dropped one spot to fifth, while Shanghai ranked sixth, up one notch. Singapore fell two places to seventh.

Beirut came in third, up 42 positions due to economic hardship brought on by the COVID-19 pandemic, Lebanon's largest financial crisis and a massive port explosion in Beirut in 2020.

Mercer said the pandemic continues to cause unparalleled disruption to international mobility, prompting companies to re-evaluate how they will manage a mobile workforce in a post-pandemic world.

"The pandemic has added a whole new layer of complexity, as well as long-term implications related to the health and safety of employees, remote working and flexibility policies, among other considerations," said Ilya Bonic, career president and head of Mercer Strategy.

"As organizations rethink their talent and mobility strategies, accurate and transparent data is essential to compensate employees fairly for all types of assignments," Bonic said in a news release.

The annual survey ranks 209 cities based on the comparative cost of expenses, including housing, transportation, food and entertainment, with New York City used as a baseline comparison and currency movements measured against the U.S. dollar.

New York City ranked 14th, down eight positions from last year, but was the most expensive city in the United States for overseas workers. Los Angeles came in 20th and San Francisco 25th.

The three other cities in the top 10 were Geneva in eighth place, Beijing ninth and the Swiss capital Bern in 10th.