Japanese Prime Minister Yoshihide Suga welcomed the commitment to the Indo-Pacific region expressed by Germany and France in his separate bilateral talks with the leaders of the two countries on the sidelines of the Group of Seven summit on Saturday.

In their first in-person talks, German Chancellor Angela Merkel told Suga that she regards the Indo-Pacific as an important area for Berlin and that she wants to step up bilateral coordination in security and other areas, according to the Japanese Foreign Ministry. 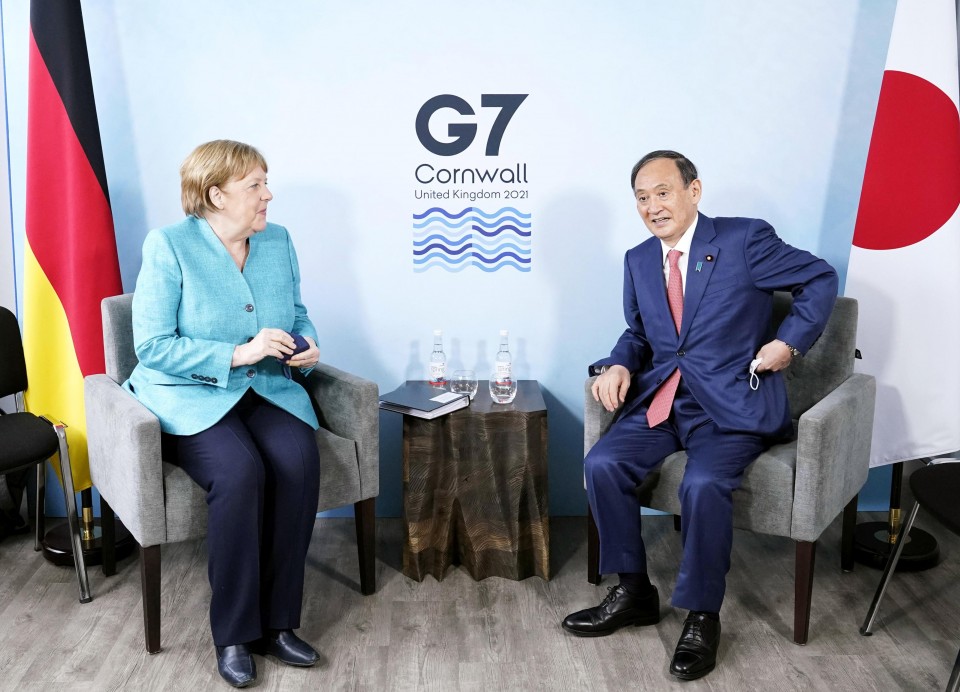 Germany is planning to dispatch a navy vessel to the region this summer.

The two leaders also affirmed cooperation in tackling the coronavirus pandemic, climate change and other issues, the ministry said.

Suga sought Germany's assistance in ending import restrictions by the European Union on Japanese food products, especially as this year marked the 10th anniversary of the massive earthquake, tsunami and nuclear disaster that hit northeastern Japan, the ministry said.

The talks, which covered situations in East Asia and Russia, came as Japan seeks to boost security ties with the United States and other like-minded countries, such as Germany, at a time when Beijing's military buildup and increasing territorial claims in the East and South China seas raise concerns about the stability of the region.

Such concerns have grown stronger after China enacted a new maritime security law in February to allow its coastguard ships to attack foreign vessels in waters Beijing deems its territory.

Sending a frigate to the region is part of initiatives under the guidelines.

In their first so-called two-plus-two security talks under a virtual format in April, the foreign and defense ministers of the two countries vowed to deepen bilateral defense cooperation and underscored their commitment to a free and open Indo-Pacific.

During talks with French President Emmanuel Macron, Suga hailed France's increasing engagement in the Indo-Pacific, such as through the dispatching of naval vessels. The two agreed to continue to closely cooperate in the region, the Japanese ministry said.

Macron, meanwhile, expressed his support for the Tokyo Olympics scheduled to begin next month amid the ongoing pandemic. The president said he is looking forward to attending the July 23 opening ceremony, according to the ministry. 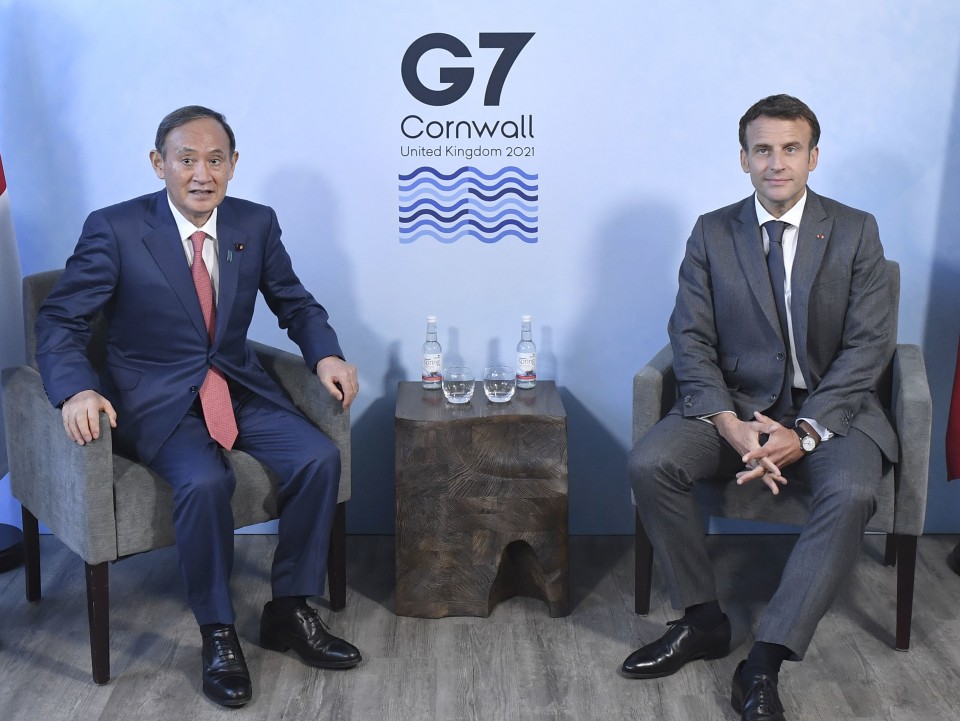