A giant panda at the capital's Ueno Zoological Gardens may be pregnant, Tokyo Gov. Yuriko Koike said Friday, the same day the zoo reopened after a five-month closure due to the coronavirus pandemic.

The female panda Shin Shin, 15, was removed from public display Friday. She and 15-year-old Ri Ri, a couple on loan from China, already produced the now 3-year-old Xiang Xiang, born in June 2017 at the zoo. 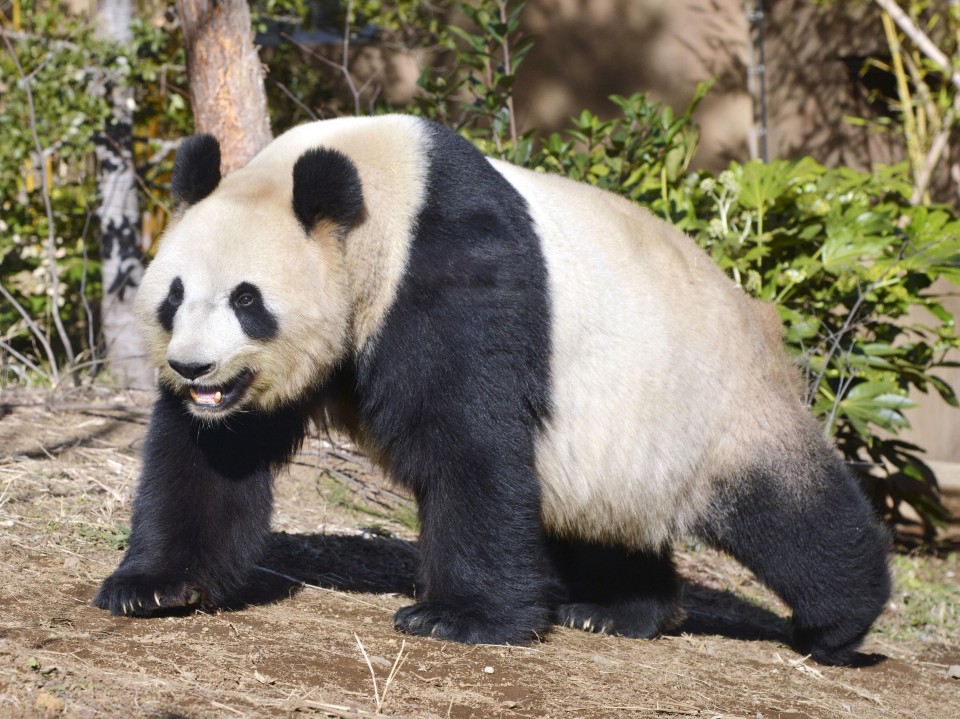 "I am really looking forward to conveying to everyone the good news of a newborn," Koike said at a press conference. However, signs of pregnancy in panda can deceive as phantom pregnancies are common.

Later Friday, Chinese Foreign Ministry spokesman Wang Wenbin told reporters, "Giant panda is China's national treasure and business card. It is loved by people from all over the world, including Japan."

"We also wish for a smooth delivery," Wang said.

Shin Shin mated with Ri Ri in March for the first time in around four years, according to the Tokyo Zoological Park Society. The two have been living at the zoo since 2011.

"Shin Shin's appetite has decreased, while her resting time has increased, leading us to deduce she may be pregnant," said Yasumasa Tomita, deputy director of the zoo. "We will monitor her health carefully."

As the zoo reopened, visitors caught a glimpse of the couple's popular offspring Xiang Xiang, who has been drawing huge crowds at the zoo since she was first shown to the public in December 2017.

China owns Xiang Xiang and her loan period has been extended to Dec. 31 due to uncertainty linked to the pandemic.

After seeing Xiang Xiang following the zoo's long closure, Kyoko Yanagisawa, a 57-year-old panda enthusiast, said, "She has grown much bigger. I'm glad to hear that she may have a sibling."

With the reopening, the zoo adopted anti-virus measures such as requiring visitors to make prior reservations and putting an entry limit of 2,000 people per day, approximately 10 percent of a normal peak day.

The zoo was shut down on Dec. 26 last year as the number of coronavirus infections surged in Japan, but has released updates on the pandas and other animals through its official Twitter account.