Japanese Prime Minister Yoshihide Suga said Sunday he would not rule out dissolving the House of Representatives for a general election if opposition parties make good on their threat to submit a vote of no confidence against his Cabinet.

Speaking to reporters after wrapping up a three-day summit with other leaders of the Group of Seven industrialized nations in Carbis Bay, southwestern England, Suga said his priority remains bringing COVID-19 under control but that he would make a decision on the election "when the time comes." 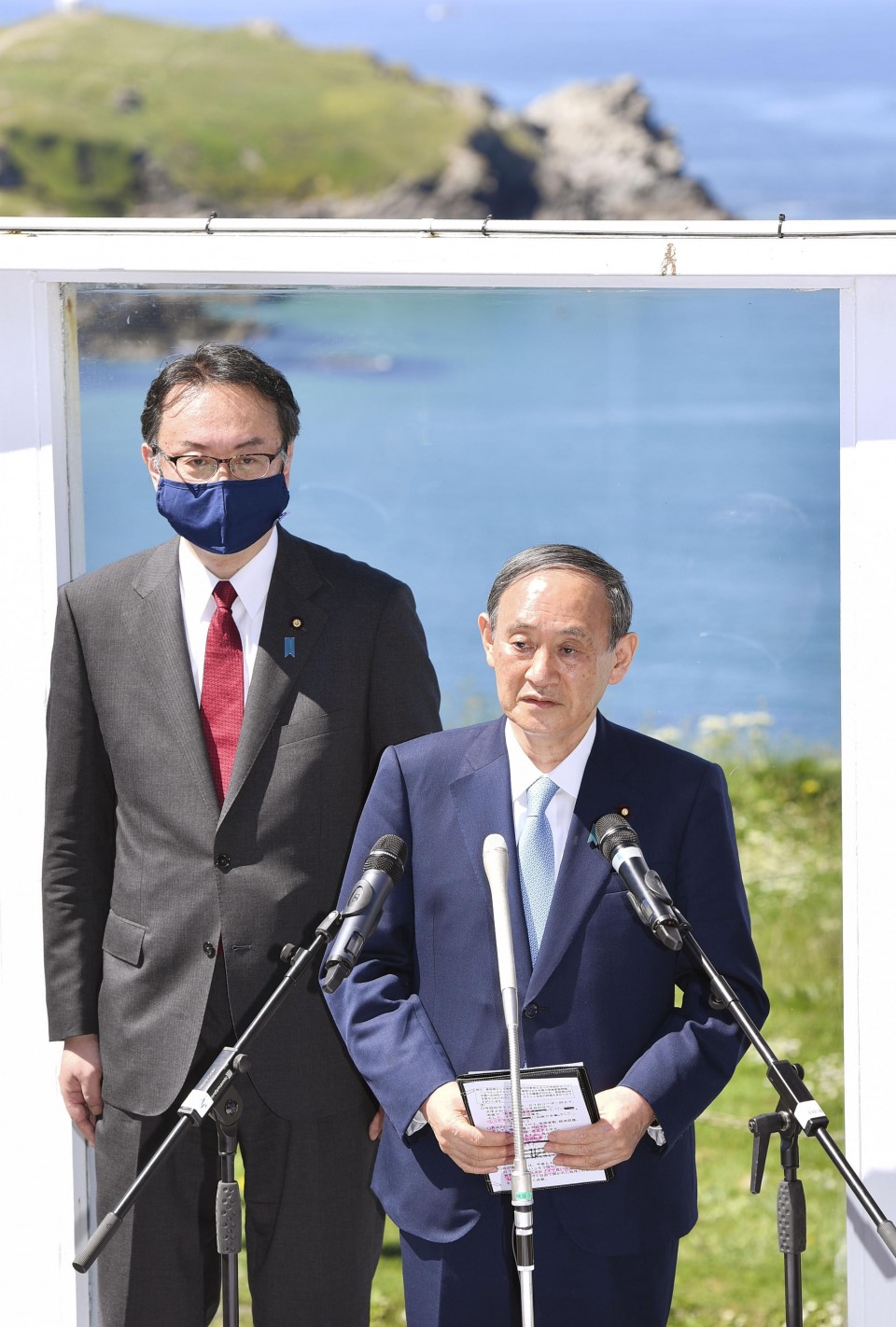 Japanese Prime Minister Yoshihide Suga speaks to reporters after the Group of Seven summit in Cornwall, England, on June 13, 2021. (Kyodo)

"(The election) could happen any time. But my top priority is dealing with the coronavirus," he said. "I want to bring back safety and security to the Japanese people as soon as possible."

The general election must take place before the current four-year terms of lower house members end on Oct. 21.

The Constitutional Democratic Party of Japan and other opposition parties have called for a three-month extension to the current Diet session beyond its expiration on Wednesday and said they are considering a no-confidence vote if their request is not met.

Suga meanwhile said he will decide this week whether to lift the COVID-19 state of emergency in Tokyo and other areas.

His comment comes amid concerns that prematurely easing restrictions could cause infections to rebound ahead of the Tokyo Olympics, set to kick off on July 23.

Suga, who attended his first in-person G-7 summit since taking office last September, said he urged South Korea to take steps to improve soured relations with Japan by addressing a bilateral dispute over compensation for wartime labor and former "comfort women," a euphemism for women made to work in Japan's wartime brothels.

Regarding his first face-to-face encounter with South Korean President Moon Jae In on the sidelines of the summit, Suga said he was approached by Moon and reciprocated to avoid a diplomatic faux pas.

The two leaders have held phone talks but have yet to hold a formal in-person meeting. A summit with Moon remains off the table until the dispute is resolved, Suga said.