Suga said Japan will help the five countries -- the Cook Islands, the Marshall Islands, the Federated States of Micronesia, Niue and Tonga -- bolster their health care systems as well as infrastructure, such as by improving access to electricity, according to the ministry. 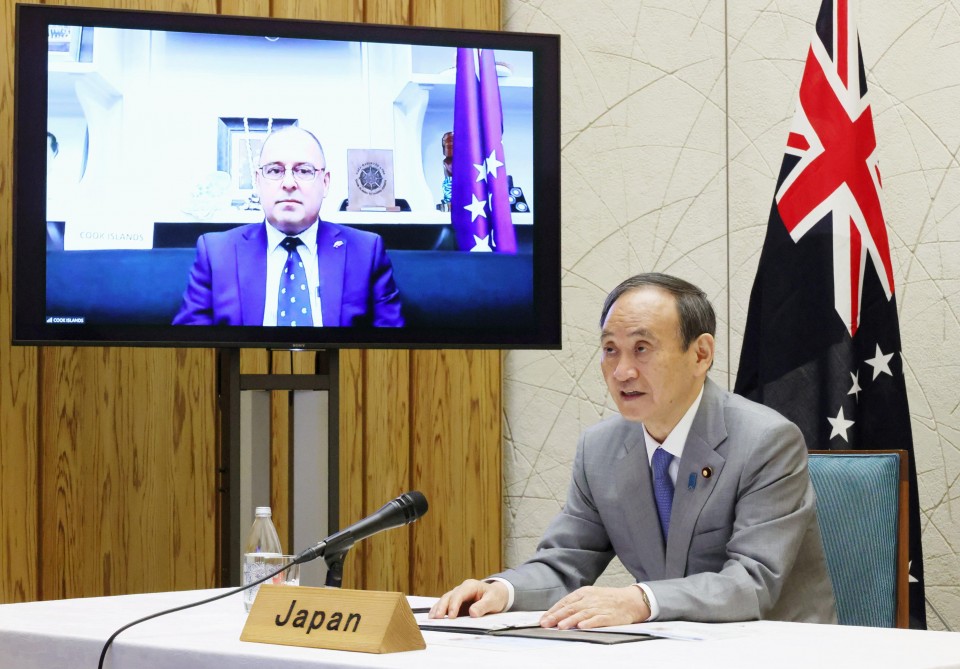 The online meetings came ahead of a virtual summit Japan will hold Friday with 18 Pacific island nations and territories including Australia and New Zealand. Suga also held phone talks Tuesday with the leaders of six other countries, among them Fiji and Papua New Guinea.

Suga called on the leaders of the five Pacific island nations to help realize a free and open Indo-Pacific, and also asked for their support for Japan's efforts to secure the return of citizens abducted by North Korea in the 1970s and 1980s, the ministry said.