Organizers of an art exhibition in Tokyo featuring a statue symbolizing "comfort women" who worked in Japan's wartime military brothels decided Thursday to postpone the upcoming event due to disruption caused by protestors in vehicles using loudspeakers. 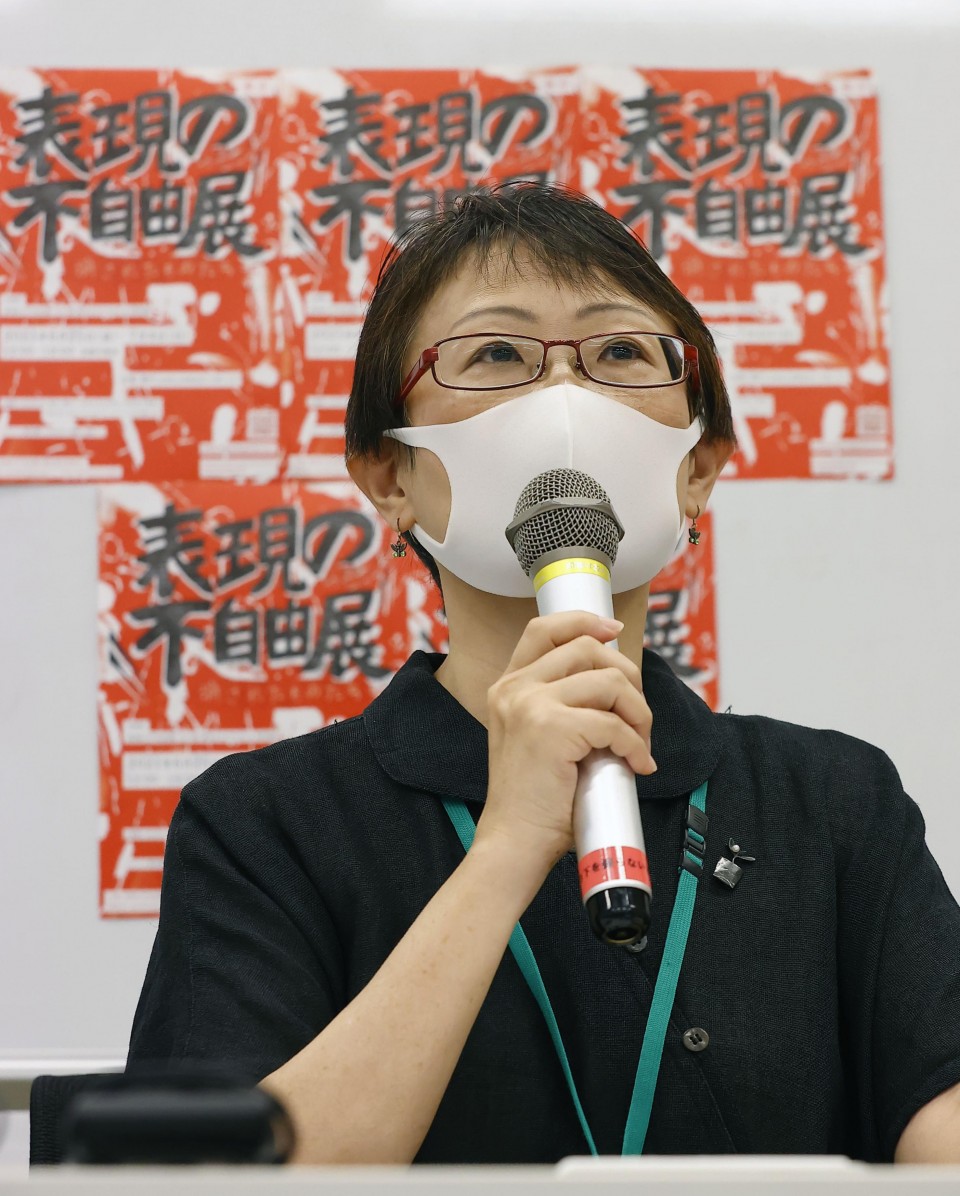 Yuka Okamoto, an organizer of an art exhibition in Tokyo titled "Non-Freedom of Expression Exhibition," speaks at a press conference on June 24, 2021. (Kyodo)

The exhibition, which had sparked controversy two years ago in Nagoya, was set to open Friday and run through July 4 in the capital, but the venue owner backed out of an earlier agreement to host the event, saying it would "disturb the neighbors," according to the organizers.

"This is only a postponement and we are confident that we can hold the event," Yuka Okamoto, 58, an organizer of the "Non-Freedom of Expression Exhibition," told a press conference.

The organizers said they will try to find a new venue with the aim of staging the exhibition after mid-July.

A lawyer for the organizers also told the news conference, "We believe that obstruction of the event constitutes a crime of intimidation and interference with business, and we are considering legal action."

The organizers will give a refund to the purchasers of about 500 tickets upon request. They will host online events about the statue of comfort women, among other topics, as scheduled on Friday and Saturday.

They are scheduled to hold similar exhibitions in Nagoya from July 6 to July 11, and in Osaka for three days from July 16.

The 2019 event in the central Japan city of Nagoya, which was part of the Aichi Triennale staged with taxpayers' money, was closed three days after opening on Aug. 1 that year over security concerns amid a flood of threats and complaints to the festival.

Following its initial closure, the exhibition reopened for seven days in October 2019, showcasing the statue symbolizing comfort women, many of whom were Korean, as well as a piece on the Japanese imperial system.

The exhibition drew public attention as it shed light on historical issues as well as the issue of freedom of expression versus censorship.

The organizers were initially set to hold the event in Tokyo's Shinjuku Ward, but changed the site earlier this month after the protestors gathered in vehicles near the original venue and denounced the "anti-Japan" exhibition through loudspeakers.