While a vaccine rollout may have eased some of the emotional burden for Japanese athletes, many remain torn between wanting to live out their Olympic dream and potentially playing a role in an unfolding public health disaster.

Japan relaxed emergency coronavirus restrictions in Tokyo and eight prefectures on Monday and members of its delegation started vaccinations from June 1, but athletes still have serious concerns over whether the games can be staged safely. 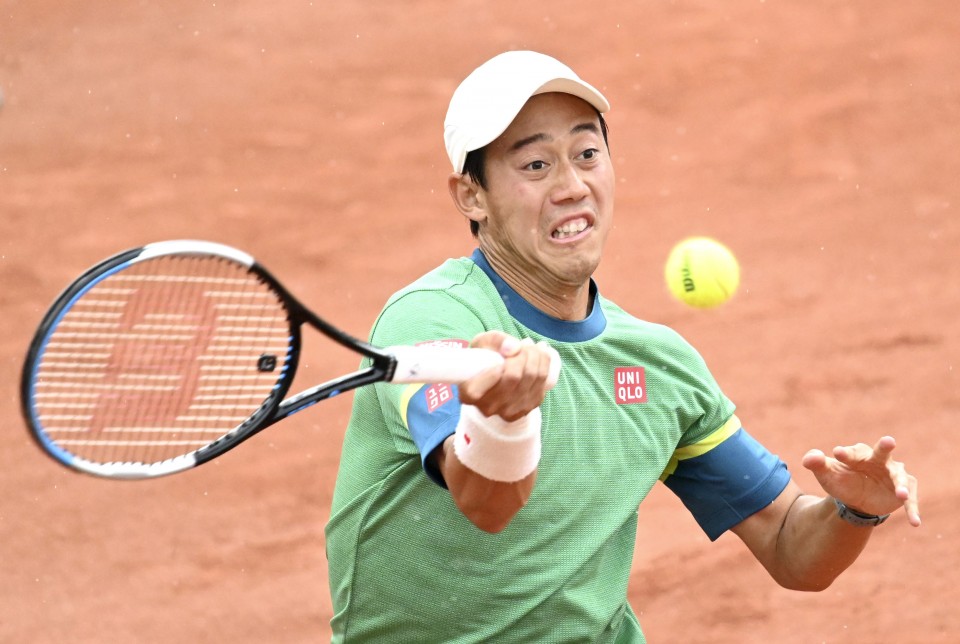 Kei Nishikori of Japan plays against Swiss qualifier Henri Laaksonen in the third round of the French Open tennis tournament in Paris on June 4, 2021. (Kyodo) ==Kyodo

"I need to get closer to the competition date and have a better understanding (of the coronavirus situation in Tokyo) to get pumped."

The Tokyo Olympics, postponed for a year in response to the coronavirus pandemic, will open on July 23 and close on Aug. 8.

In the wake of multiple surveys showing a majority of Japanese people favoring cancellation or further postponement, athletes feel conflicted between recognizing the intangible value of the games at a time of global disconnect and also wanting to put safety first.

"I know the value of the Olympics has dropped to a point where people are saying the event doesn't even have to happen," said Tatsuki Yoshino, a core member of the men's national handball team.

Olympians are hesitant to speak out on the hot-button issue of holding the games amid the pandemic, as opinions are strongly divided over the threat posed by virus variants and Japanese athletes are traditionally averse to controversy.

"There's a lot to think about. But it's hard to express my opinions loudly (because) I'm torn over the issue," said Japanese wrestler Hiroe Minagawa, who qualified in the women's 76-kilogram category.

A few have expressed measured optimism.

"Until now, media reports tended to be about the negative impact of hosting the games. All we could do was have faith and keep on training, but now that we're in the fine-tuning stage I have that exciting countdown feel," said swimmer Kosuke Hagino, winner of the men's 400-meter individual medley at the Rio Olympics in 2016.

"We now know who's competing from which country, so I have a clearer picture of what to expect," said Daiya Seto, a former world champion who joins Hagino on the Japan Olympic swimming team. 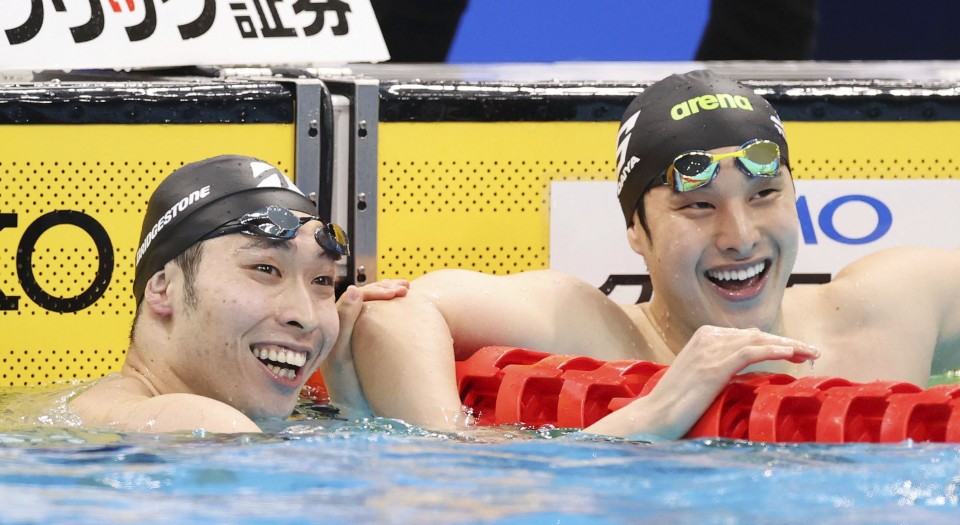 Daiya Seto (R) and Kosuke Hagino smile after finishing first and second in the men's 200-meter individual medley final at the national swimming championships at Tokyo Aquatics Centre on April 8, 2021, the final qualifying event for the Tokyo Olympics. (Kyodo)

Athletes around the world have responded to the third version of the so-called playbooks, guides for athletes and officials on how to hold a "safe and successful games," published by the International Olympic Committee on June 15.

But with the opening ceremony of the Tokyo Olympics fast approaching, many athletes are not satisfied with the COVID-19 precautions organizers have planned and the lack of information available which has impacted the participants' ability to make decisions for themselves.

"No matter how small the detail, I wish they'd inform athletes before anyone else," an Olympic martial arts competitor said, speaking on condition of anonymity.

The new guidelines show just how different the Summer Games will be for the athletes representing more than 200 national Olympic committees, including 500-plus Japanese athletes, who plan to come together in the midst of the global pandemic.

The IOC said on June 9 the latest figures show that 76 percent of athletes have qualified for the Olympics, with another 20 percent set to earn places from rankings. The qualification period deadline is June 29.

A number of athletes have pulled out of the games, citing coronavirus fears, but none of them are Japanese. Ready or not, the Tokyo Olympics will happen in one month.

"I could tell athletes from overseas teams are in full competition mode. I need to be focused from Day 1 and do my best, one match at a time," said judoka Hifumi Abe, who competed in the world championships in Budapest earlier this month. 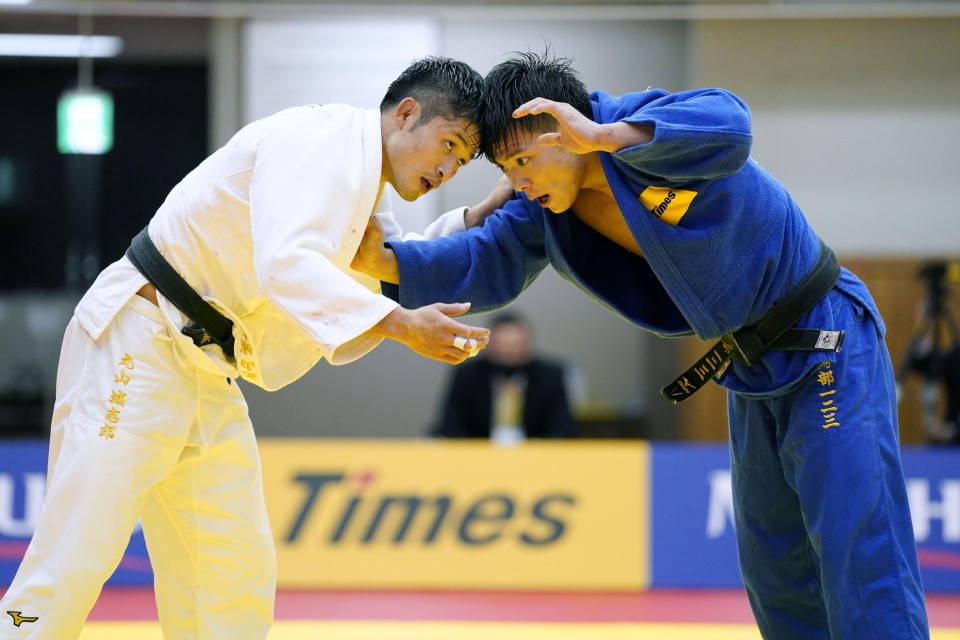 Hifumi Abe (blue) and Joshiro Maruyama fight in the men's 66-kilogram qualifying playoff for the Tokyo Olympics on Dec. 13, 2020, at the Kodokan Judo Institute in Tokyo. Abe won the match. (Kyodo) ==Kyodo

On Monday, Olympic organizers capped the number of spectators at 10,000 people per venue for the games, despite medical experts recommending last week that holding the event without fans was the least risky option.

This came as somewhat good news to athletes who had to imagine a games without any spectators at all, with overseas spectators already barred from events following a decision in March.

"I feel blessed that the games are going ahead and there are going to be spectators. Having 50 percent (capacity in stadiums) is more than enough for me," women's rugby player Wakaba Hara said.

"I'm bracing myself (for a venue with spectators). I'm doing my best," said wrestler Risako Kawai, a 2016 gold medalist and Japan's representative in the women's 57-kg.