The United States will donate 750,000 doses of COVID-19 vaccine to Taiwan as part of Washington's global vaccine sharing program, U.S. senators who visited the island said on Sunday.

One of the senators, Tammy Duckworth, said upon her arrival at Taipei Songshan Airport on a U.S. Air Force freighter that Taiwan would receive 750,000 doses of the vaccine as part of the first tranche of U.S. donations. 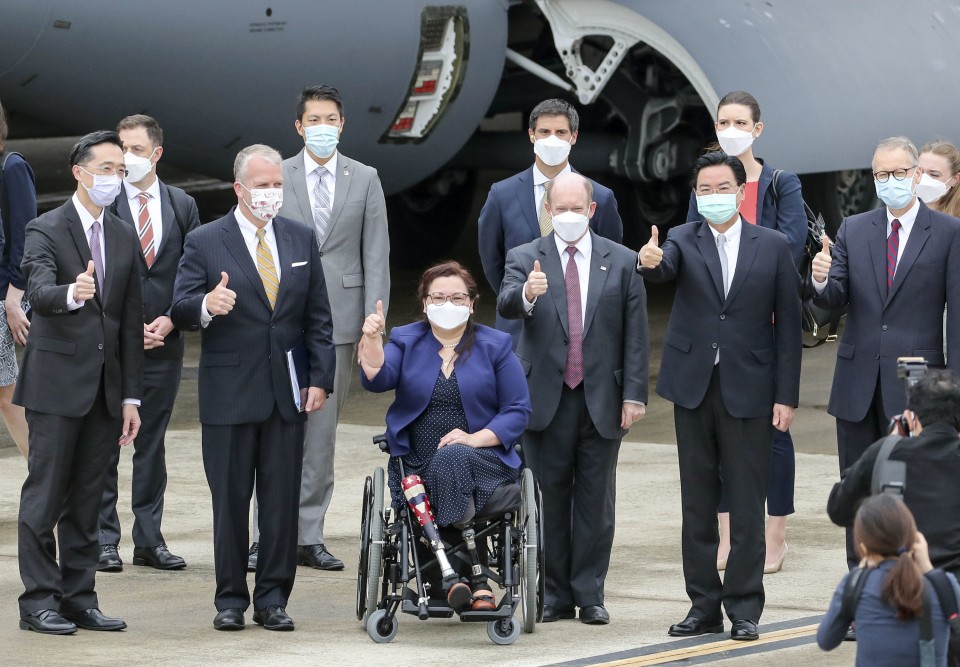 "It was critical to the United States that Taiwan be included in the first group to receive vaccines because we recognize your urgent need and we value this partnership," Duckworth said after the group arrived from South Korea.

On Thursday, the White House said that it plans to share roughly 80 million COVID-19 vaccine doses with others worldwide by the end of this month.

Of those, 7 million will be distributed to Asian countries and Taiwan through the U.N.-backed COVAX global vaccine sharing program. It did not specify how many doses Taiwan will receive.

During their three-hour stay, the delegation members met with President Tsai Ing-wen and Foreign Minister Joseph Wu to "discuss U.S.-Taiwan relations, regional security, and other significant issues of mutual interest," according to the institute.

Taiwan has been grappling with a spike in coronavirus cases since mid-May. As of Sunday, the total confirmed cases were 11,298, including 260 deaths, according to data by Taiwan Centers for Disease Control.

As the island continues to battle hundreds of new daily cases with a low supply of vaccines, Taiwan said China interfered in its vaccine purchase negotiations with German pharmaceutical company BioNTech SE.

China regards the democratic island as a renegade province to be reunited with the mainland by force if necessary.

Japan to give 1.24 mil. COVID vaccine doses to Taiwan Fri.