Prime Minister Yoshihide Suga on Thursday expressed his intent to hold this summer's Tokyo Olympics and Paralympics with spectators, with a decision to be finalized in forthcoming talks among organizers based on the Japanese government's spectator cap for large events held amid the coronavirus pandemic.

However, organizing bodies of the games are considering leaving open the possibility of holding the Olympics and Paralympics without spectators if the situation of the pandemic worsens, several officials related to the games said. 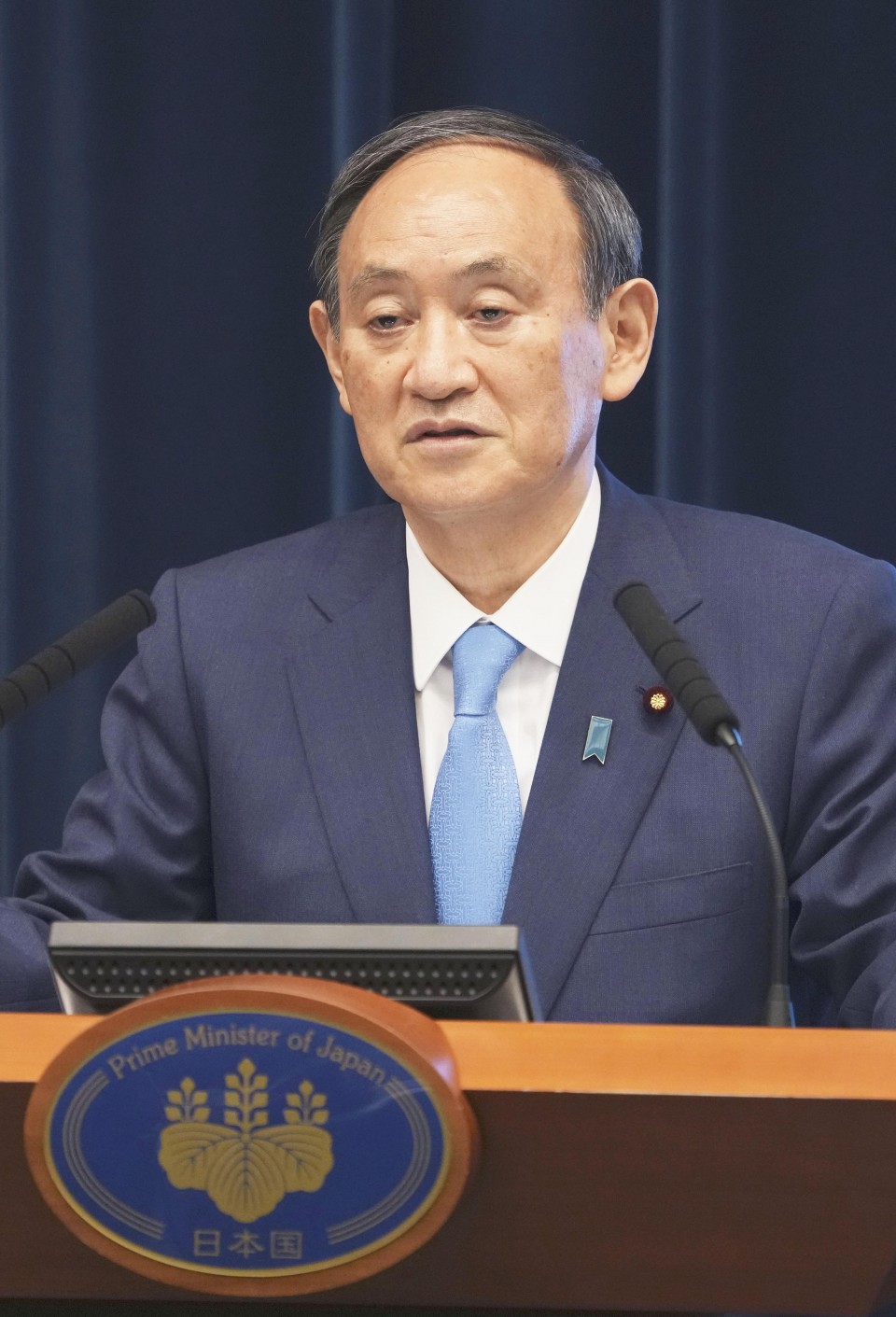 Suga told a press conference that fans at venues will be required to follow a set of anti-virus guidelines drawn by the games organizing committee to prevent the spread of the virus, such as wearing masks and refraining from shouting.

The government has said it plans to permit attendance of up to 10,000 at events such as sports games and concerts in prefectures that exit a COVID-19 state of emergency or measures under a quasi-emergency, as long as it does not surpass 50 percent of venue capacity.

Representatives from five organizing bodies of the games, including the Japanese and Tokyo metropolitan governments and the International Olympic Committee, are set to hold a meeting as early as Monday to decide how many domestic spectators to allow, having already decided to prohibit overseas fans.

"They will decide to do something along the same lines as what is being done in Japan," Suga said at the press conference after announcing that the state of emergency covering Tokyo and eight prefectures will end on Sunday as planned.

The capital and six of the prefectures will then shift to quasi-emergency measures until July 11. The Olympics will open on July 23.

But even after the decision is made, the organizers are considering not ruling out the option of barring spectators, the officials said, amid concerns that the capital may experience a resurgence of the virus during the games or the quasi-state of emergency not lifted in time for the Olympics.

The organizers initially planned to agree on a policy over spectators living in Japan in April, but they pushed back the decision until June after a state of emergency was issued for the Japanese capital amid a fourth wave of infections.

The Japanese organizing committee, which has sold about 42 percent of the tickets, will give up on selling any more tickets for this summer's games, an official with knowledge of the matter said Thursday.

The organizing committee is considering holding a lottery for current ticket holders for some events to determine who can enter the venues, the official said.

However, the idea of allowing spectators at venues has drawn public concern and warnings from health experts about a potential spike in the number of coronavirus infections.

Japan's top coronavirus adviser, Shigeru Omi, who is set to release a set of recommendations related to the Olympics on Friday, is expected to warn that the risk of infection will be minimal if the games are held without spectators, a source familiar with the matter said.

The Tokyo Games organizing committee sold about 4.45 million tickets for the Olympics through a domestic lottery before the games' postponement and received around 810,000 applications for ticket refunds last year.

The organizers decided in March to stage the games without spectators from overseas.