U.S. military helicopter lands on small island away from Okinawa base

A U.S. military helicopter landed off-base Wednesday night in a field on a small island of Okinawa Prefecture, southern Japan, but there were no reports of injuries or property damage from the incident, local authorities said.

Five crew members belonging to U.S. Marine Corps Air Station Futenma were on board the UH-1 helicopter, which landed on Tsuken Island due to engine trouble, according to an account provided by the U.S. military to the Okinawa prefectural police.

None of crew sustained injuries and the helicopter was not damaged. The aircraft, which is believed not to have been carrying any hazardous materials, landed 120 meters from the nearest house on the island. 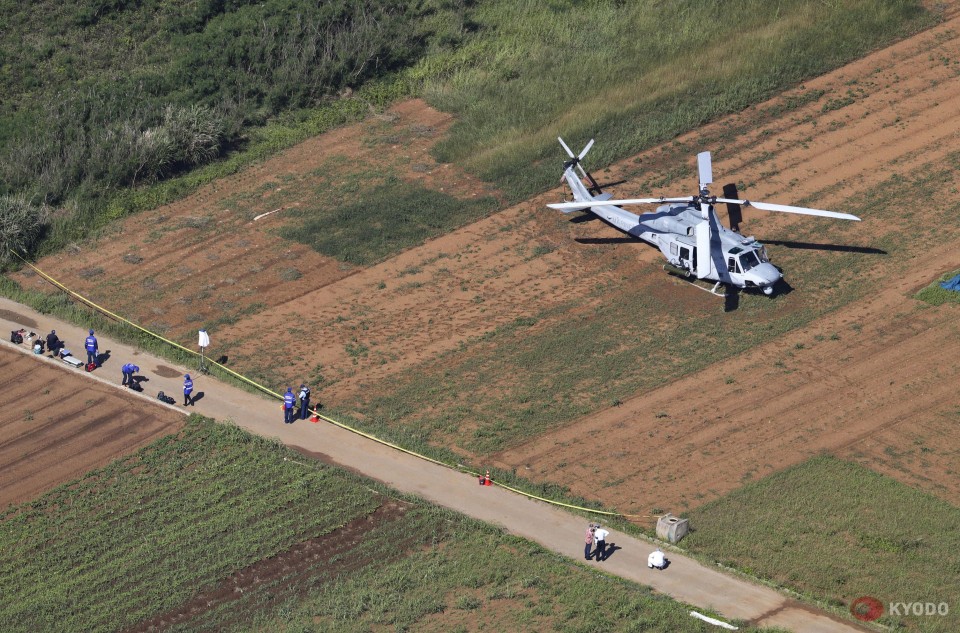 Photo taken June 3, 2021, from a Kyodo News airplane shows a U.S. military helicopter in a field on Tsuken Island of Okinawa Prefecture, southern Japan. The UH-1 helicopter with five crew members belonging to U.S. Marine Corps Air Station Futenma on board made an emergency off-base landing in the field the previous night. (Kyodo) ==Kyodo

According to the U.S. military, the helicopter was conducting routine training and made a "precautionary landing" after the pilot determined there was a possible mechanical issue. It has dispatched a team to the site to look into the incident.

Defense Minister Nobuo Kishi told a House of Councillors committee on Thursday that he requested the United States to conduct full maintenance and safety control over its military assets.

The Japanese government has set up a task force involving the Foreign and Defense ministries and the Cabinet Secretariat. It will send officials to the site to probe the case.

The small island, with a population of around 380, is some 4 kilometers southeast of the main island of Okinawa. Tsuken Island is famous for its beautiful beaches.

Okinawa Gov. Denny Tamaki told reporters, "It's an issue where a slight miss would cost residents' lives and damage to their property," adding the local government will continue gathering information.

A local resident of Tsuken Island reported the helicopter's landing to the police at around 11 p.m.

"U.S. military helicopters are often flying near the island, but never have I thought that one of them would make a landing," said Ritsuo Kora, a 68-year-old resident. "I am anxious and want the number of drills and bases to be reduced."

About 70 percent of the total acreage exclusively used for U.S. military facilities in Japan is in Okinawa, despite the prefecture only representing 0.6 percent of the country's land area.

Concerns over the risk of base-related accidents and crime remain strong among Okinawa residents. 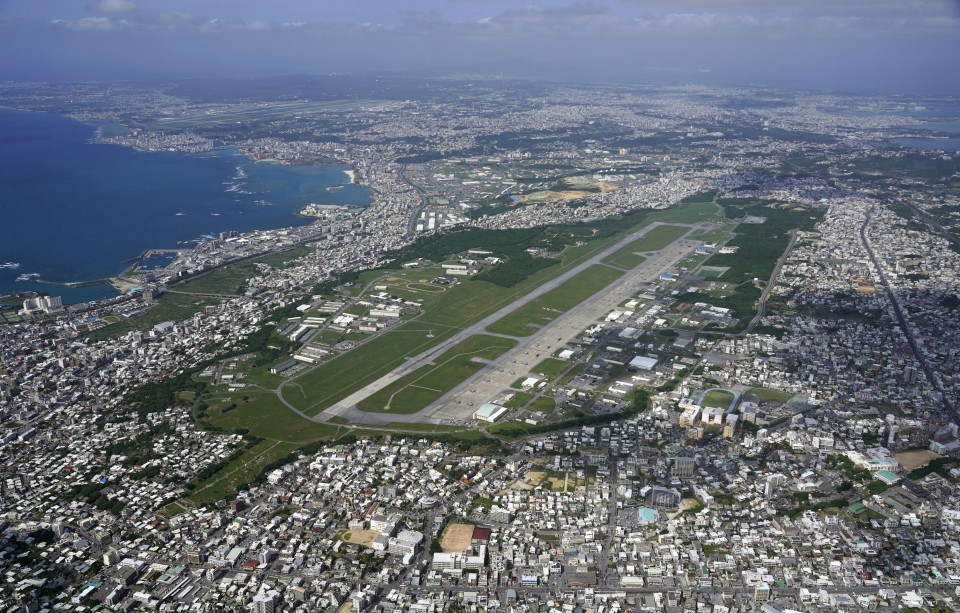