"We'll fight as one aiming to match and overtake the miraculous (Japan) teams that produced results at the world's top-level," Takakura told a press conference. 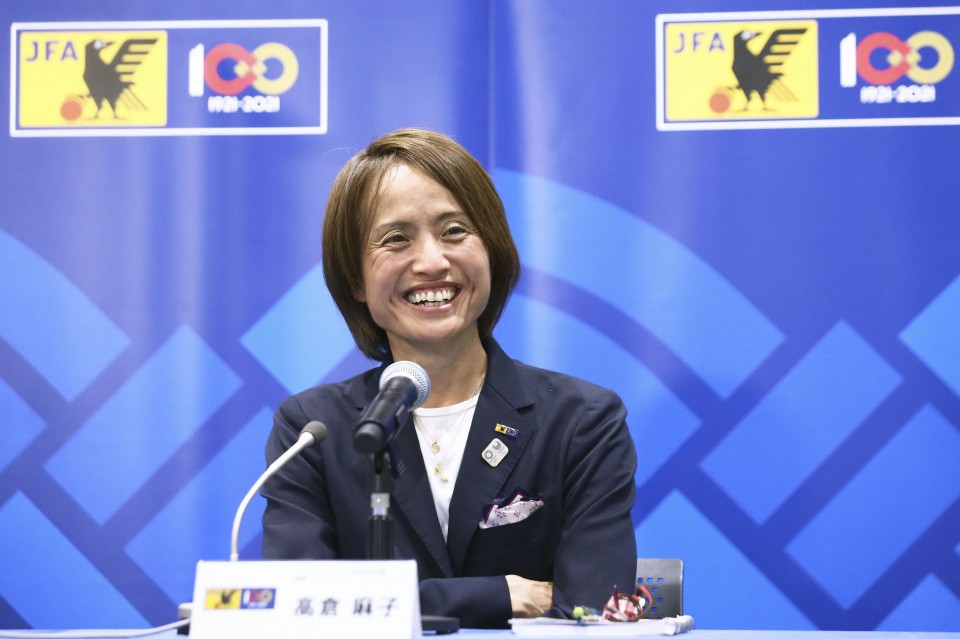 Kumagai and Iwabuchi were both part of the 2011 World Cup-winning squad. Kumagai has moved to Bayern Munich for next season after a long successful spell at French side Lyon, while Iwabuchi joined Arsenal last month from Aston Villa.

Midfielder Yui Hasegawa also spent the past season in Europe with AC Milan, as did forward Mina Tanaka, who was on loan at Bayer Leverkusen, while defender Saori Takarada and forward Yuka Momiki are currently playing in the United States.

Ranked 11th in the current FIFA rankings, Nadeshiko Japan will take on No. 8 Canada in their July 21 Group E opener at Sapporo Dome two days before the Olympics' opening ceremony.

They will also face Great Britain, comprised mainly of players from sixth-ranked England, as well as 37th-ranked Chile.

Nadeshiko Japan will be making their fifth appearance at the Olympics. Takakura was named to manage the team after the 2012 London silver medalists failed to qualify for the 2016 Rio de Janeiro Olympics.

Japan were the 2015 World Cup's beaten finalists, and exited the 2019 tournament in the round of 16.