Hong Kong activist Agnes Chow to be freed from prison

A source close to Chow also confirmed her scheduled date of release.

Chow, 24, was convicted in December along with fellow activists Joshua Wong and Ivan Lam by a court for inciting or taking part in the June 21, 2019, event in which mostly young protesters besieged the city's police headquarters. 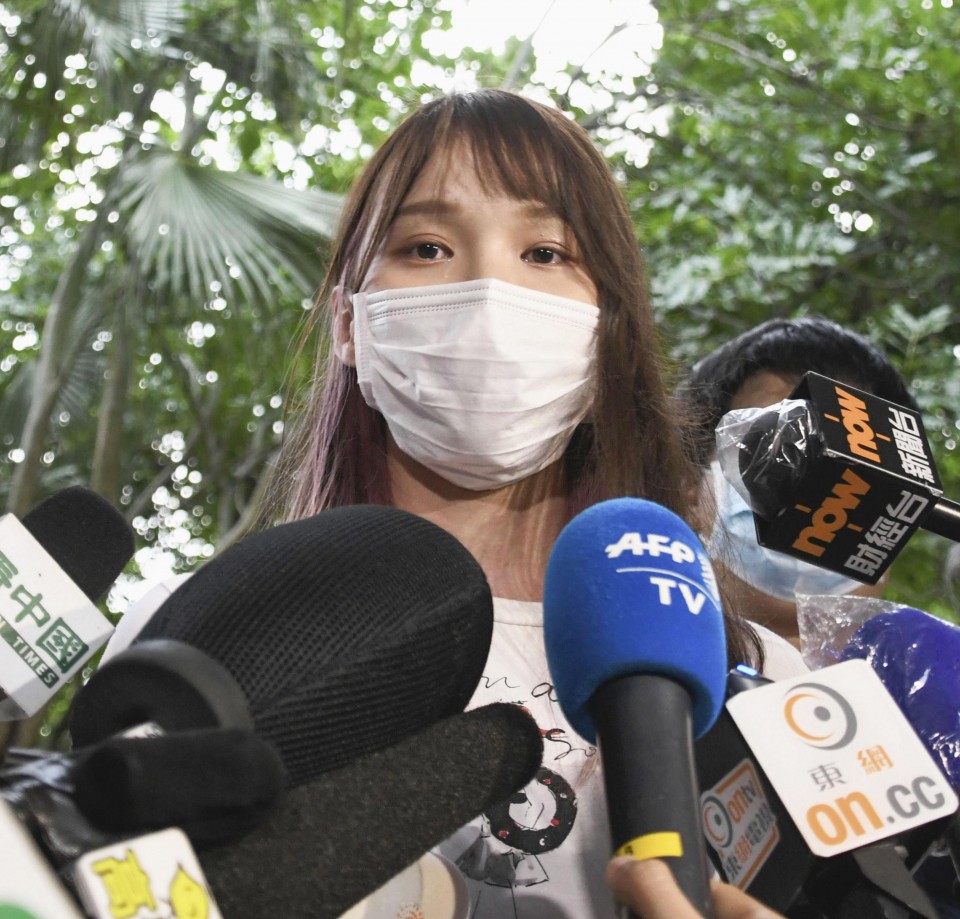 Hong Kong democracy activist Agnes Chow meets the press outside a police station in the New Territories on Sept. 1, 2020. (Kyodo)

Chow, who was imprisoned for the first time over her activism, was sentenced to 10 months in prison. Her sentence was apparently shortened due to good behavior.

"Prison time has taken a toll on my mental and physical condition," she was quoted as saying in a Feb. 16 post on her Facebook page. "Hopefully (I can) take a break and rest for my health after being released in June."

Wong was sentenced to 13 and a half months in prison while Lam received seven months.

The protest occurred amid an intensifying anti-government movement that was spurred by a surge of opposition to the Hong Kong government's now-withdrawn plan to allow suspects to be sent to mainland China for trial.

Chow and Wong were among the founding members of the advocacy group Demosisto that called for self-determination by Hong Kong people on the city's political future.

The group was disbanded shortly after China imposed the National Security Law on June 30, 2019, that criminalizes secession, subversion, terrorism and collusion with foreign forces, carrying a maximum penalty of life imprisonment.

Chow's fluent self-taught Japanese language skill and activism via social media in Japan helped her gain popularity in the country, where some media have dubbed her the "Goddess of Democracy."

In the February post, she said she had just finished reading the novel "Norwegian Wood" by Japanese author Haruki Murakami in jail and planned to reading more of his works, as well as those by novelist Keigo Higashino.

FOCUS: Arrest of "Goddess of Democracy" may complicate Japan-China ties