Iran's president-elect Ebrahim Raisi on Monday demanded that the United States comply with the 2015 nuclear deal by lifting all sanctions on his country, in his first press conference since winning last Friday's election.

Raisi also declared there is no room for negotiations with the United States on curbing Iran's development of ballistic missiles, while he ruled out a meeting with Biden even if the United States lifts the crippling sanctions. 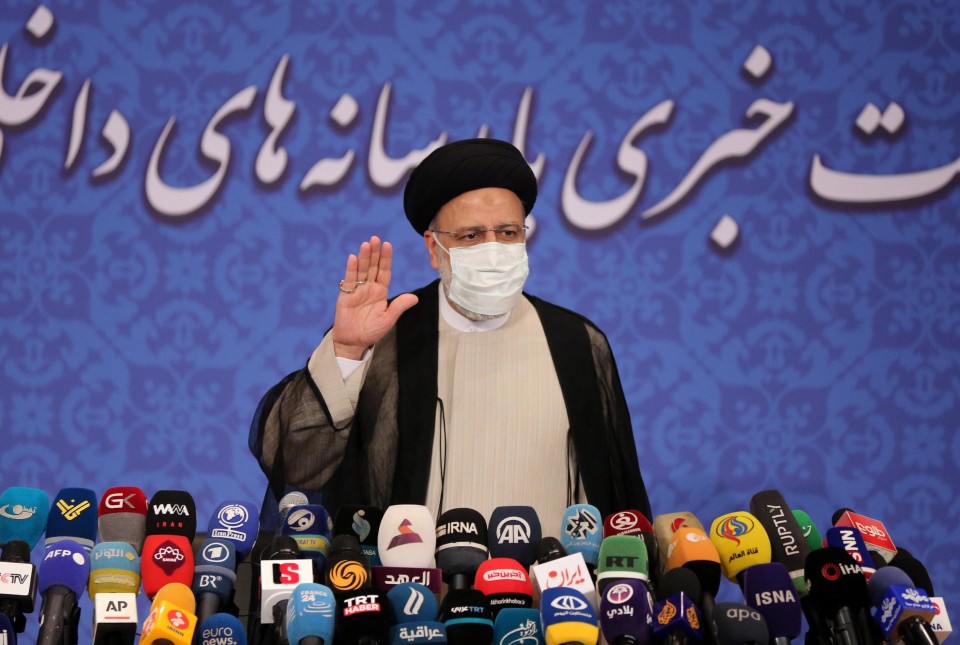 Under the nuclear deal struck with six major powers, aimed at preventing Iran from developing nuclear weapons, Tehran had agreed to limit its nuclear activities in return for sanctions relief.

But it has been ramping them up since May 2019, about a year after then President Donald Trump unilaterally decided to walk away from the deal and re-impose sanctions.

The Rouhani administration, which has advocated constructive cooperation with the international community, struck the nuclear deal, which initially had a positive impact on the economy.

But U.S. sanctions imposed since the Washington's departure from the deal caused rising prices, a plunging currency and high unemployment in Iran.

The Biden administration is continuing indirect talks with Iran with the aim of returning to the agreement and lifting sanctions if Iran returns to full compliance.

Raisi, 60, won the presidential election with 61.95 percent of the votes and is scheduled to take office in August.

Public interest in the election was low, partly due to the exclusion of leading candidates in the pre-screening by the authorities. Turnout was only 48.8 percent, the lowest since the 1979 Islamic revolution that toppled the U.S.-backed Shah.

In a matter of weeks, conservative hard-liners will regain power in Tehran for the first time since 2013, raising concerns that tensions between Iran and the United States will rise again.

Raisi is highly trusted by Khamenei and is considered one of his possible successors.