The paintings depict Lake Dongting sceneries in China's Hunan province for 24 "fusuma" sliding doors at Kenninji temple. Hosokawa, known for his pottery and other artworks, had spent a year painting them at the temple's request to mark the 880th anniversary of its founder's birth. 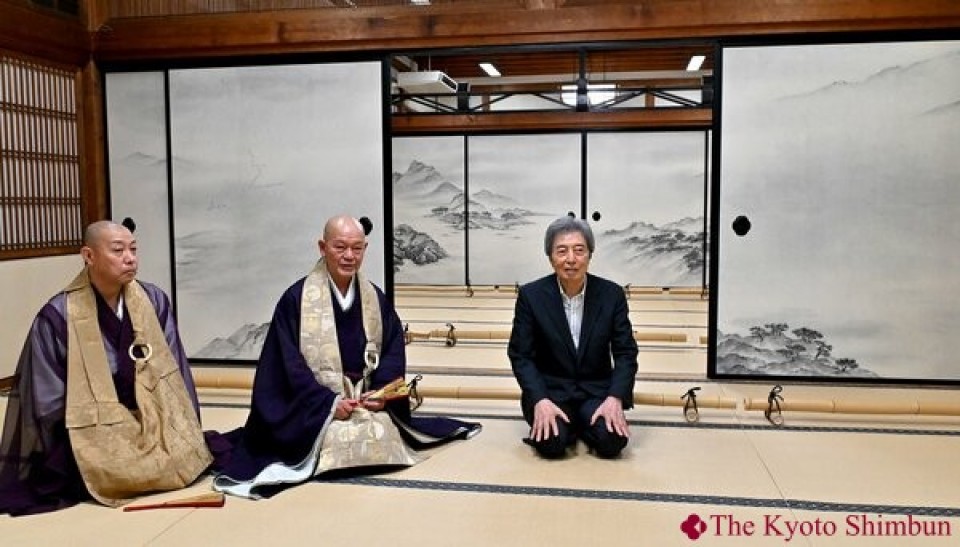 "I thought ink brush paintings would fit a Zen Buddhism temple like Kenninji," Hosokawa said, rating his own works as being "not bad."

Taigan Kobori, chief priest at the temple, said the paintings "are in perfect harmony with the surroundings as if they had been there for years."

"A good match has been realized because of the long relationship between the Hosokawa family and the temple," the chief priest said. The former prime minister is a direct descendant of a samurai lord of Kumamoto in southwestern Japan.

The paintings are open to the public from 10 a.m. to 4 p.m. with paid admission.