OPINION: Tokyo Olympics have no meaning if dialogue is abandoned

Prime Minister Yoshihide Suga on May 28 held a press conference after deciding to extend the COVID-19 state of emergency over nine prefectures of Japan. There were questions about the Tokyo Olympics, but none of the answers satisfied the public.

A question-and-answer format does not deepen discussion and promote understanding in the first place. The Japanese government, the organizing committee of the Olympics and Paralympics and the International Olympic Committee appear to be avoiding dialogue despite the concerns that many Japanese citizens harbor about the hosting of the sporting event. 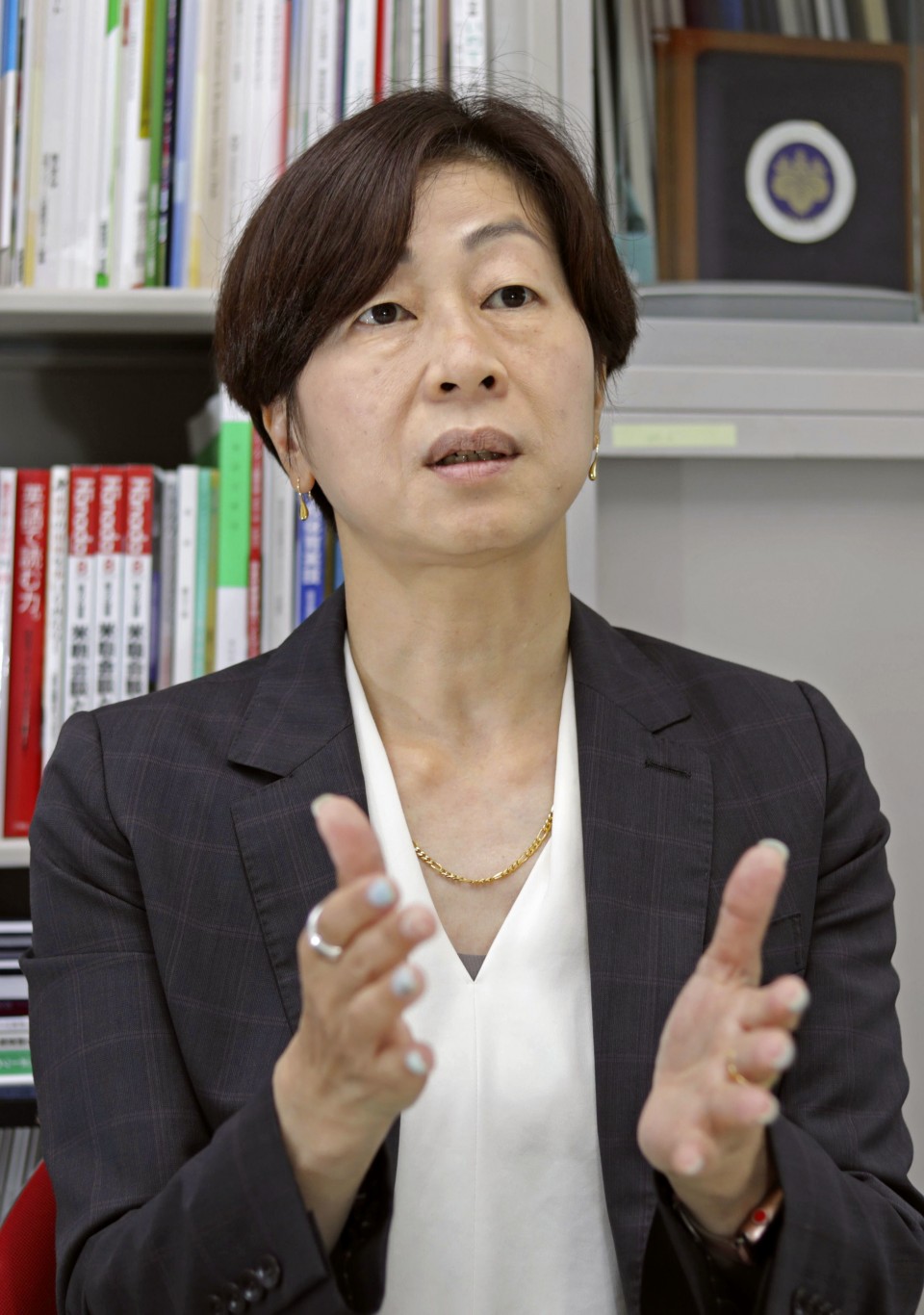 Kaori Yamaguchi, a member of the Japanese Olympic Committee's Executive Board, gives an interview in Tokyo on May 19, 2021. (Kyodo) ==Kyodo

Were not the Olympics supposed to be a festival of peace? Working for peace is not an easy task. It begins with tenaciously engaging in dialogue with people who hold diverse views. If we abandon this process, then the Olympics have no meaning.

The opposite of peace is a hard-line, stubborn approach based on the view that "people may be saying all kinds of things, but once the Olympics start it'll be fine." I understand the organizers may be feeling flustered as the opening of the Olympics draws near, but there are processes that must not be skipped.

It is truly a shame that the vaccination rollout in Japan has been slow. I cannot help but wish that it had started two months earlier. The government has insisted that vaccinating its population was not a prerequisite to holding the Olympics from the start. Japan's Olympic minister Tamayo Marukawa had continued to deny that even athletes needed to be vaccinated.

I have no intention of blaming the government for how it has responded to a virus with which it had no experience. However, if it is going to change its policy, it should first retract its previous statements before moving forward. Otherwise, its statements will lose credibility and trust. The anxiety and distrust concerning the Olympics stem largely from this absence of a trusting relationship.

The IOC also seems to think that public opinion in Japan is not important. People were shocked when its Vice President John Coates said that the Olympics would be held even under a state of emergency. During the IOC's International Athletes' Forum, President Thomas Bach further said Tokyo was the best prepared Olympic city ever, as he urged athletes to "come with full confidence to Tokyo and get ready."

I wondered which games he was talking about. At the time of the bid, the IOC said that public opinion is important, but now it is clear that even if it concerns the IOC, it has no impact on its decisions.

What will these Olympics be for and for whom? The games have already lost meaning and are being held just for the sake of them. I believe we have already missed the opportunity to cancel. It would require too much energy to make and follow through with such a decision. We have been cornered into a situation where we cannot even stop now. We are damned if we do, and damned if we do not.

But this also presents a good opportunity for athletes to confront the Olympics. I wonder if the organizers will be able to provide them with a solid reason for holding the games despite public sentiment that it is impossible at this time.

If we push on like this, even if the Olympics stir our emotions we will be left with a bitter aftertaste. I hope athletes will use this experience to grow into people who can speak out and debate. I also hope that they will have the determination to change the sports world into one where people can once again support them wholeheartedly.

(Kaori Yamaguchi was the first Japanese woman to win a gold medal in the 52-kilogram division at the 1984 World Judo Championships. She also won a bronze medal at the 1988 Seoul Olympics, where women's judo was held as a demonstration sport. Born in Tokyo in 1964, she is currently a professor at the University of Tsukuba and an executive board member of the Japanese Olympic Committee.)