With less than a month to go before the start of the Tokyo Games, the president of the Japanese Olympic Committee now believes that the top priority for the host country is ensuring the safety of athletes coming from all over the world, rather than the number of gold medals its national team may win.

Yasuhiro Yamashita has said Japan's target of a record 30 gold medals, up from 12 in the previous Olympics, is no longer significant given that the goal was set more than a year before the coronavirus swept across the world and the games will be held under a host of unprecedented challenges. 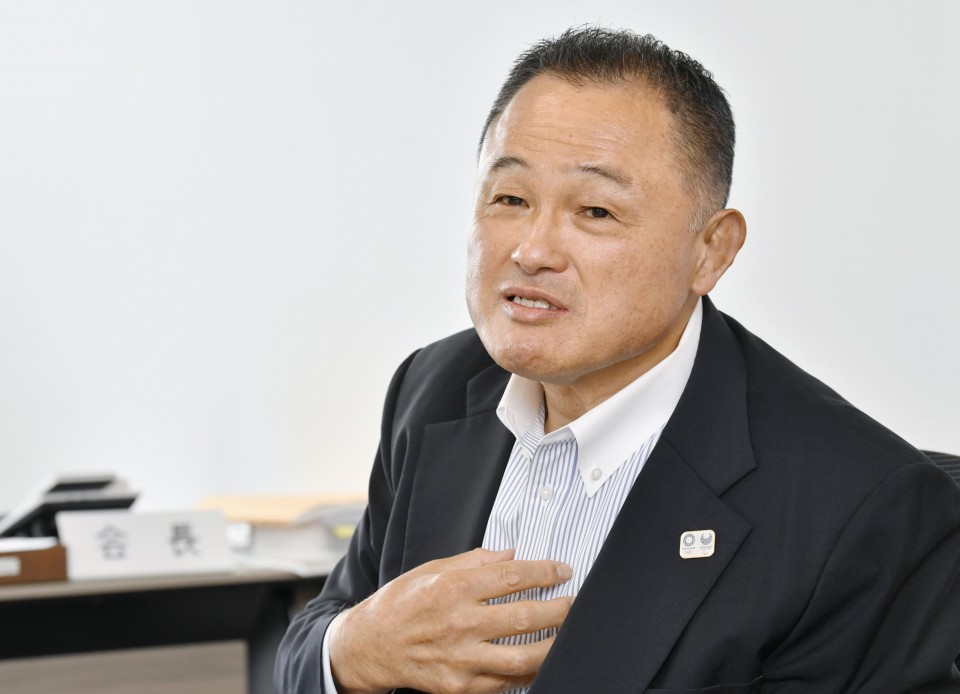 "If I'm asked whether it's important to achieve 30 (gold medals), I want to clearly say 'no'," Yamashita said at a press conference in Tokyo on Monday.

In an interview with Kyodo News last week, Yamashita, who won judo gold at the 1984 Los Angeles Games in the open weight category, said training and competition conditions for athletes have dramatically changed since the coronavirus pandemic and subsequent one-year postponement.

"Medals are not on my mind at all," he said. "What I regard as a success is that people struggling in many countries due to the pandemic feel empowered by the performance and achievements of their own countries' athletes."

The pandemic has raised questions of fairness in the global sporting event as athletes in some countries have faced vigorous lockdowns and some have not.

Both in Japan and around the world, Olympians have found it difficult to be fully prepared and in perfect physical fitness.

While the global health crisis has led to a growing polarization of public opinion about whether Japan and the International Olympic Committee should open the games on July 23, he said many foreign athletes, already vaccinated, believe it is possible to go ahead with strict anti-COVID-19 measures.

The 64-year-old suggested it is unfortunate the main issue about the Olympics has been "whether to protect the health of the Japanese public or ignore it and hold the Olympics and Paralympics."

The IOC published in mid-June the latest versions of the so-called playbooks, which outline coronavirus mitigation steps to be taken by athletes, staff and workers at the games.

Among other measures, the organizers have banned the drinking and selling of alcohol at venues, and loud cheering by spectators, with the number of ticket sales capped at 50 percent of venue capacity, up to 10,000 people.

Yamashita, also an IOC member, said "self-control" is necessary among athletes, delegates and spectators to prevent clusters of infections from occurring.

He is sympathetic to the various difficulties faced by athletes in Japan and other countries.

"When the COVID-19 state of emergency was declared after the postponement was decided (in March last year), many Japanese athletes felt hesitant and guilty about practicing under such circumstances," said the JOC chief, who also heads the All Japan Judo Federation.

Since the outbreak of the virus, the Japanese government has declared states of emergency three times, with Tokyo having been under the measure for almost every month this year.

"I believe each athlete has worked very hard to earn the right to represent our country in the Olympics, and to realize their own dreams in the games," said Yamashita, who had to let go of the opportunity to compete in the 1980 Moscow Olympics.

After qualifying for the Olympics, the judo heavyweight had to watch the podium as a spectator in Moscow, because Japan had pulled out of the games, joining an international boycott in protest at the Soviet Union's 1979 invasion of Afghanistan.

Yamashita said he recalled the time when he received one letter that criticized him for wanting to compete in Moscow despite many Afghans dying as a result of the invasion.

"My roommate at the time recently told me that I was reading the letter with trembling hands," he said. "I wonder if athletes today are feeling insecure as well."

"I hope the way they compete earnestly and the way they promote exchanges through the Olympics will be a light of hope for many people in the world," he said.