Japan's parliament enacted a law Wednesday tightening regulations on the acquisition and use of land around infrastructure deemed vital to national security, such as Self-Defense Forces bases and nuclear plants.

The House of Councillors passed a bill in the early hours of Wednesday despite strong resistance by some opposition parties who said the bill could excessively impinge on individual rights and give the government power to apply it arbitrarily. 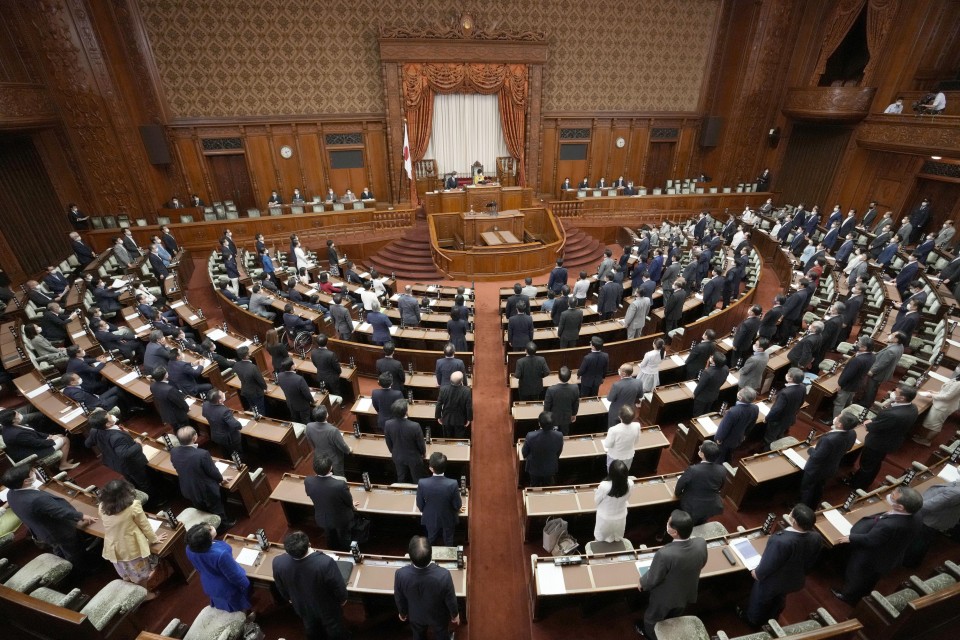 The House of Councillors passes a bill to tighten regulations on the acquisition and use of land around infrastructures deemed vital to national security, such as Self-Defense Forces bases and nuclear plants, at a plenary session on June 16, 2021. (Kyodo)

The ruling Liberal Democratic Party and a government panel had called for tighter regulations following cases of foreign entities owning land on Tsushima Island, located halfway between the Japanese island of Kyushu and the Korean Peninsula, and in the city of Chitose near a major airport and an SDF base in Hokkaido.

Based on opposition party criticism directed at the government and ruling parties, the government will work to clarify what constitutes core infrastructure and what acts would be subject to regulation, including orders halting purchases or certain activities.

"It is necessary to take all possible measures to prevent security risks in the future," said Hachiro Okonogi, minister in charge of territorial issues, in a meeting of the upper house's Committee on the Cabinet on Tuesday.

Hideya Sugio, a lawmaker of the main opposition Constitutional Democratic Party of Japan, said the areas that would be subject to regulation are ambiguous and damned the legislation as "defective."

The bill passed the upper house with the approval of the ruling and some opposition parties, while the CDPJ and the Japanese Communist Party opposed.

The law designates land located within 1 kilometer of facilities that are deemed of national security value as well as remote islands on the national border as districts under government watch.

It will allow authorities to collect information on owners of land and enable them to order or recommend acts such as radio frequency sabotage or disruption of so-called lifeline infrastructure, such as airports and power plants, be halted.

Prospective purchasers will also be obliged to submit to the government their name, nationality and what they plan to use the land for if they move to acquire a plot near SDF command centers or on uninhabited remote border islands that are deemed especially vital.

Entities or individuals that fail to comply with the government's orders or do not submit their information prior to purchase will face penalties.

The Committee on the Cabinet, meanwhile, adopted a resolution requesting the government hear local municipalities' opinions before designating a district as of national security interest and to report to the Diet the designation.