Japan's Naoya Inoue voiced his confidence Thursday about defending his IBF and WBA bantamweight world titles ahead of his bout against Michael Dasmarinas of the Philippines this weekend.

Acknowledged as one of the world's best pound-for-pound fighters, "The Monster" Inoue is unbeaten over 20 bouts with 17 wins by knockout and will look to continue his perfect record on Saturday against the IBF first-ranked challenger. 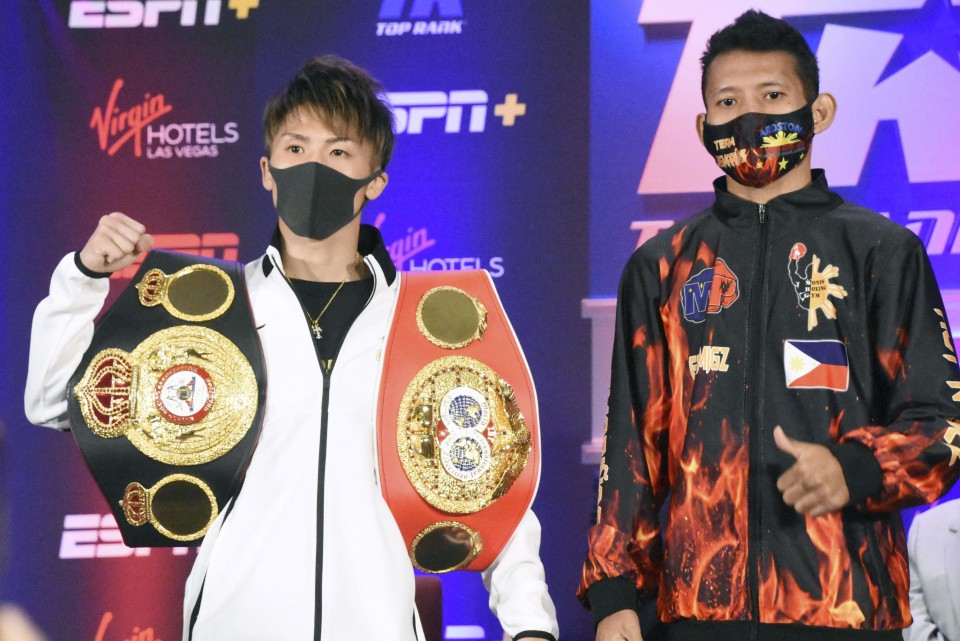 "I hope to show all the techniques I've been practicing. I deliberately won't be going for a knockout, and will beat him by dominating the flow of the bout," Inoue told a press conference.

Inoue is wary of the threat posed by his southpaw counterpart, nonetheless, who has a 30-2 record, 20 of the wins coming with knockouts, with one draw.

"I think he's a really good guy. Boxers with those positive moods tend to be the ones who bare their fangs in the ring," Inoue said of Dasmarinas.

Inoue's latest win came on Oct. 31 last year at the MGM Grand Conference Center during his highly anticipated Vegas debut, but the seventh-round knockout of Australian challenger Jason Moloney came behind closed doors to prevent the spread of the novel coronavirus.

"Finally I can have a bout before the Las Vegas crowd and I'm getting great pleasure from it," Inoue said ahead of his match scheduled at Virgin Hotels Las Vegas.