The two also agreed to strengthen the Japan-U.S. security alliance and pursue a free and open Indo-Pacific together, according to the ministry. Aquilino said at the outset of the talks it was "extremely important" for him to visit Japan as the first country after assuming his position on April 30.

Suga told Aquilino that during the premier's visit to Washington in April, he "was able to not only build a trusted personal relationship with President (Joe) Biden, but we also reconfirmed to further strengthen our Japan-U.S. alliance."

"The U.S.-Japan alliance is the cornerstone of the peace and security that exists in the Pacific today," Aquilino said in response.

Suga and Aquilino also exchanged views regarding the latest situation in North Korea and agreed on Japan and the United States collaborating closely in dealing with the country, the Foreign Ministry said. 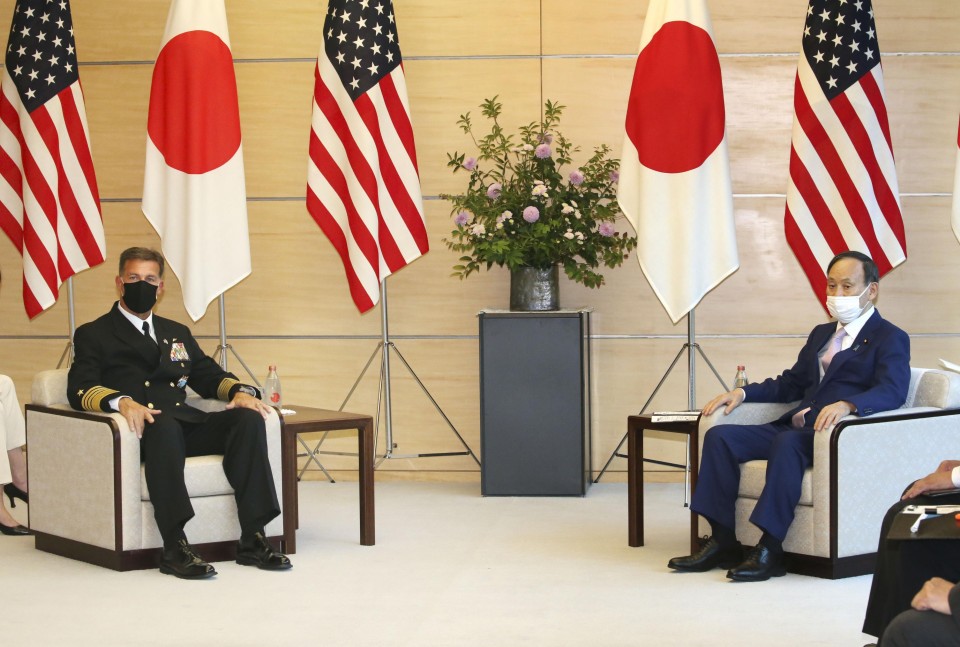 Separately, Aquilino held talks with Defense Minister Nobuo Kishi and affirmed the importance of peace and stability across the Taiwan Strait, the Defense Ministry said.

In March, Adm. Philip Davidson, Aquilino's predecessor, warned China's threat could be more imminent than perceived. China could invade Taiwan "in the next six years," Davidson told the Senate Committee on Armed Services.

Aquilino told senators at a confirmation hearing in the same month, "My opinion is this problem is much closer to us than most think," but he declined to weigh in on Davidson's assessment of the six-year timeframe.

In his talks with Foreign Minister Toshimitsu Motegi, Aquilino and the minister confirmed that the transfer of U.S. Marine Corps Air Station Futenma from the crowded residential area of Ginowan to the less densely populated coastal district of Henoko, in Nago, both in Okinawa Prefecture, will go ahead as planned. 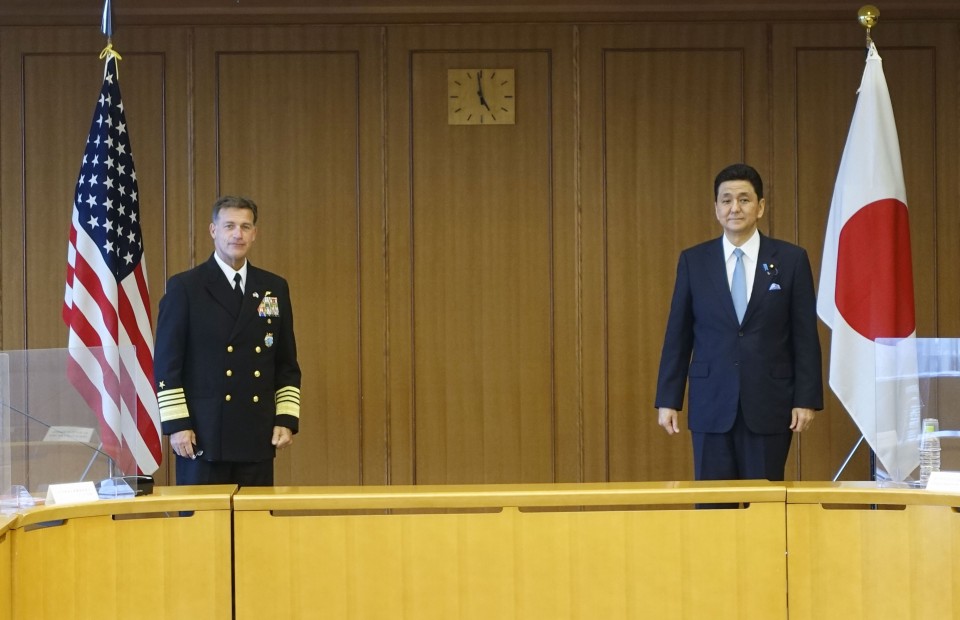 Motegi said the understanding and cooperation of local communities is essential for the stable stationing of U.S. forces in Japan and sought safe operations by the troops, according to the Foreign Ministry.

Meanwhile, Gen. Koji Yamazaki, chief of the Self-Defense Forces Joint Staff, told Aquilino he is "encouraged by the strong commitment of the United States under Article 5 of the Japan-U.S. Security Treaty."

Japan and the United States have reiterated the article of the 1960 security treaty applies to the Japanese-controlled Senkaku Islands in the East China Sea, which are called Diaoyu and claimed by China, meaning that Washington will defend Tokyo in the event of an armed attack against the group of islets.