The Japan Agricultural Cooperatives group and wholesalers are stepping up efforts to export rice to the world's largest rice-consuming nation China as the domestic market shrinks.

Those dealers are tying up with Chinese companies and promoting high-priced, high-quality rice on the back of the Japanese food boom in China, although concerns remain over the impact of deteriorating U.S.-China relations on Japan-China ties. 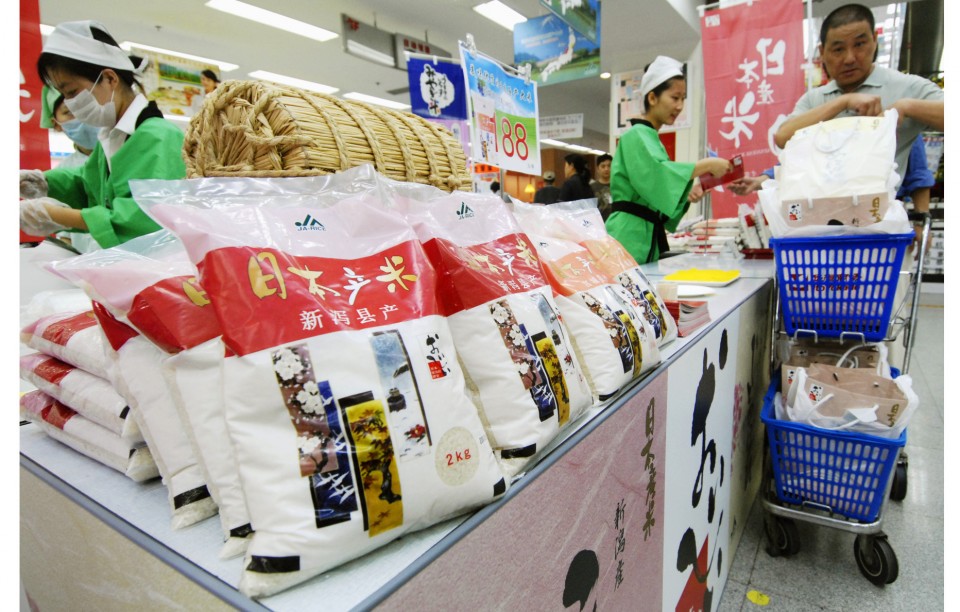 A customer (R) has bags of Japanese rice in his shopping baskets at a grocery store in Beijing on July 26, 2007. (Kyodo)

Thus prices need to be reduced for Japanese rice to be affordable for average families and competitive in overseas markets.

China consumes about 140 million tons of rice annually, about 20 times more than Japan, where rice consumption has fallen by around 100,000 tons each year due largely to a falling number of children and changes in people's eating habits.

In April, Zen-Noh International Corp., a Tokyo-based subsidiary of the Japan Agricultural Cooperatives, said it will supply rice made in Niigata Prefecture for Chinese food giant COFCO to sell under its new imported rice brand King Food. 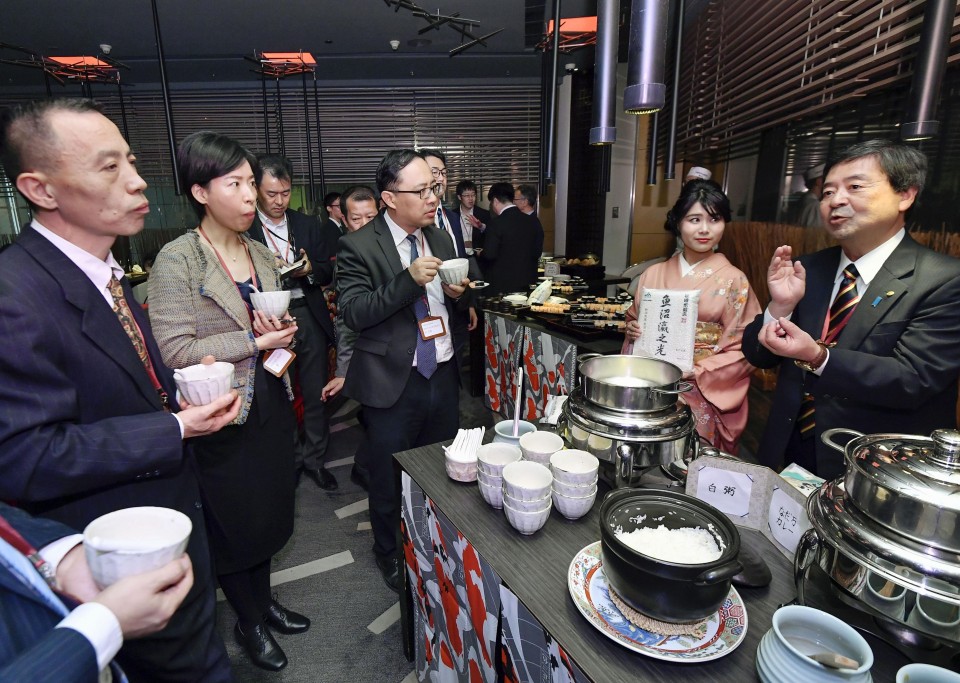 The first batch of supply is only 48 tons. Zen-Noh, however, sees its tie-up with COFCO as a major step forward, calling it a chance to have Chinese customers pick up Japanese rice.

Major wholesaler Kitoku Shinryo Co., also based in Tokyo, began to export rice to China in 2016, and has seen sales growth for products suitable as Chinese New Year gifts.

"There is a great deal of consumption appetite in China, so we see big room for growth," an official of Kitoku Shinryo said.

The Japanese government has a goal of increasing the value of rice exports to China fivefold from the 2019 level to 1.9 billion yen in 2025.

But such an attempt is unlikely to succeed if Japan's relations with China worsen amid continued tension between China and the United States, a key ally for Japan.

"We don't expect an immediate impact," a Kitoku Shinryo official said, referring to a possible worsening of Japan-China ties. But he added that "the pace of rice exports may slow" if there is any boycott of Japanese products by Chinese customers.