Members of the Australian women's softball team on Tuesday became the first group of athletes to arrive in Japan for a pre-Olympic training camp since the Tokyo Games were postponed more than a year ago due to the coronavirus pandemic.

The squad's arrival at a hotel in Ota, around 80 kilometers northwest of Tokyo, came about 50 days before the opening of the Olympics and with the Japanese public, concerned about a surge in COVID-19 infections, largely opposed to holding such a global sporting event this summer. 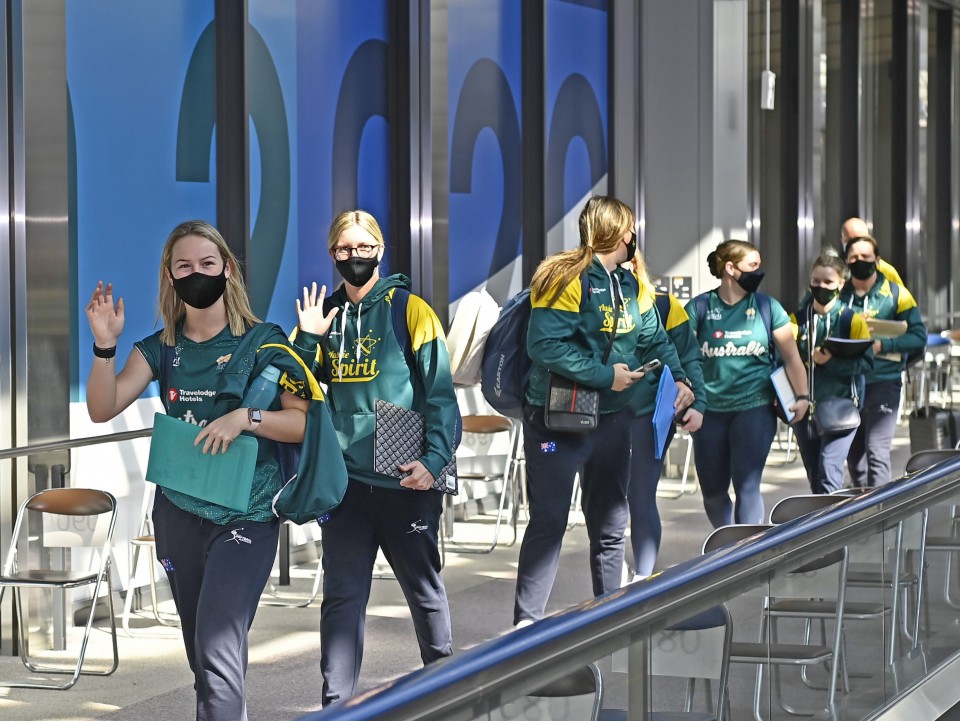 The 20 "Aussie Spirit" players and nine staff, who came via Singapore, will hold training sessions in the city in Gunma Prefecture from Saturday through July 17. The team members, wearing their uniforms featuring Australia's national sporting colors of green and gold, as well as face masks, waved to the press upon arrival.

All members of the delegation, who had received COVID-19 vaccinations, tested negative for the virus at Narita airport, according to Japanese health authorities, before heading to Ota by chartered bus.

The members will be under tight restrictions while in Japan, where infections have been declining at a slow pace partly because the vaccination rate has lagged far behind other developed countries.

The Australian team will move into the Olympic village before playing its opening Olympic match against Japan at Fukushima Azuma stadium on July 21, two days before the official beginning of the Tokyo Olympics.

Head coach Robert Harrow said that his team will be "respectful" of Japanese citizens and "fall in line with the rules applied to us during our stay to keep everyone safe."

"We will be focused purely on our training during our time in Japan," Harrow said in a statement released by the city government. "We are lucky enough to be the first team to open Olympic competition against Japan which is very exciting and a huge honor."

Members of the national team will also be required to undergo daily virus testing and be prevented from interacting with the general public, with all sleeping, dining and meeting rooms confined to three floors in their hotel.

The players and staff will only be allowed to leave the hotel to travel to and from their training facilities. The team will train for over a month, during which it will play practice matches against clubs from the Japan Softball League and universities.

Japanese cities and towns have been facing challenges to ensure the safety of athletes and residents amid rising concern over the spread of highly contagious coronavirus variants, while Tokyo and some other areas of the country remain under a state of emergency with people asked to avoid nonessential outings.

A total of 105 municipalities have so far called off plans to receive overseas athletes for pre-Olympic training camps and cultural exchanges due to COVID-19 concerns, Japan's Olympic minister Tamayo Marukawa said in a press conference on Tuesday.

Ota and 527 other municipalities in Japan have enrolled in the government-led "Host Town" initiative aimed at connecting local people with overseas athletes and many of them have offered to serve as pre-Olympic training camp sites.

Since 2018, Aussie Spirit has held three training camps in the city and has had exchanges with local people through school visits and other events.

Gunma Gov. Ichita Yamamoto told reporters, "We will support (the Australian players) as much as possible" after inspecting a ballpark in Ota where they will train.

Yamamoto added he hopes the Olympics will be a "success despite the coronavirus pandemic."

Ota Mayor Masayoshi Shimizu said in a statement, "I hope the (Australian) team wins a medal," adding he and local residents will fully support the players to that end.

To prevent the spread of infections, the Australians will not meet locals directly this time and instead online exchange events are being planned.

In the past, local high school students participated in events with Australia's national softball team.

"I wanted to let (my students) interact with the players. If only coronavirus hadn't existed," said Risa Akutsu, who coaches an Ota girls' high school softball team.

Australia was among the teams competing at the 1996 Atlanta Games when softball made its debut and it has gone on to win one silver and three bronze medals. 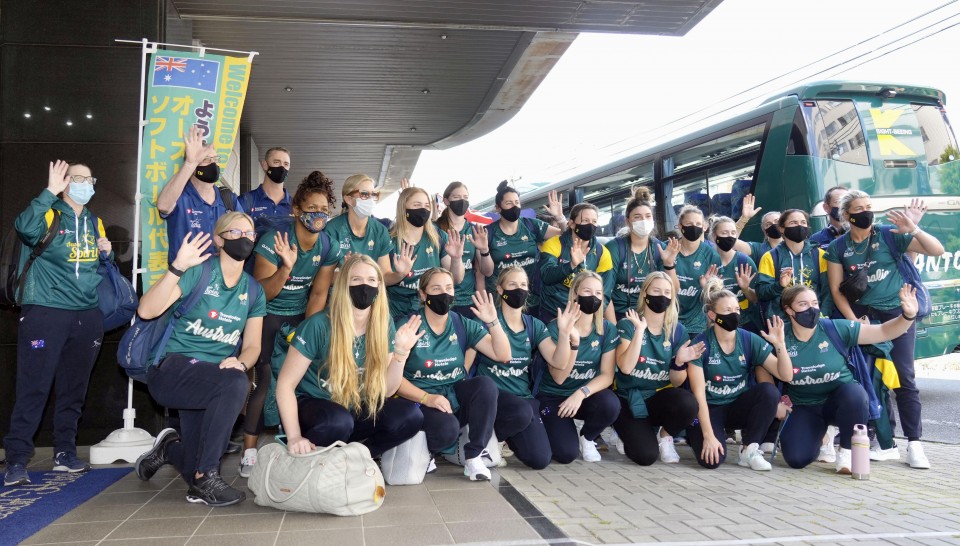 Members of Australia's Olympic softball team pose for a photo upon their arrival at a hotel on June 1, 2021, in the Gunma Prefecture city of Ota, eastern Japan, where they have a training camp for the Tokyo Olympics. (Kyodo) ==Kyodo