World No. 12 Japan were playing in their first final at the tournament that began in 2018 and will be hoping to build on the momentum and win a Paralympic medal. 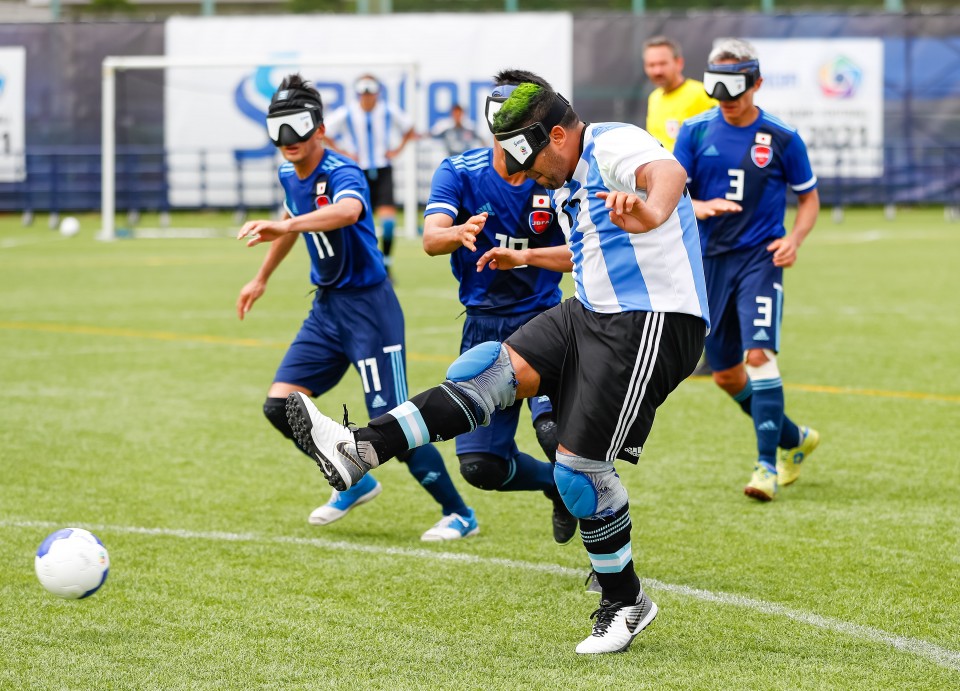 Argentina's elite striker Maximiliano Espinillo set the tone in the highly anticipated match between the defending world champions and host Japan by scoring twice in the first half.

The Santen IBSA Blind Football World Grand Prix 2021 in Shinagawa, held from May 30 to June 5, was the first international competition in Japan for an exclusively Paralympic sport since the 2020 Paralympics were postponed due to COVID-19, according to the Japan Blind Football Association.

Despite the loss, Japan gained valuable experience and confidence through the tournament, in which five of the eight qualified teams for the Tokyo Paralympics competed.

"We may face Argentina in the Paralympics again, so we will make adjustments and improve by then," Japan coach Satoshi Takada told reporters.

Football 5-a-side, also known as blind football, is an adaptation of football for athletes with a vision impairment contested between two teams of five -- four outfield players and one goal keeper -- using a ball that makes a sound when in motion.

Outfield players must be classified as completely blind, which means they have very low visual acuity and/or no light perception, while the goalkeeper must be sighted or partially sighted.

During the upcoming Summer Games, blind football is scheduled to be held from Aug. 29 to Sept. 4 at the Aomi Urban Sports Park in Tokyo.