The Group of Seven leaders are making final arrangements to put off an agreement on the timing for ending coal-fired power generation despite a strong push from Britain, which will host their meeting this weekend, diplomatic sources said Thursday.

Britain has sounded out to its G-7 peers -- Canada, France, Germany, Italy, Japan and the United States plus the European Union -- about expressing deeper commitment to abandoning coal-fired power when the leaders gather for a three-day meeting from Friday in Cornwall, but it has faced opposition from some members, including Japan, the sources said. 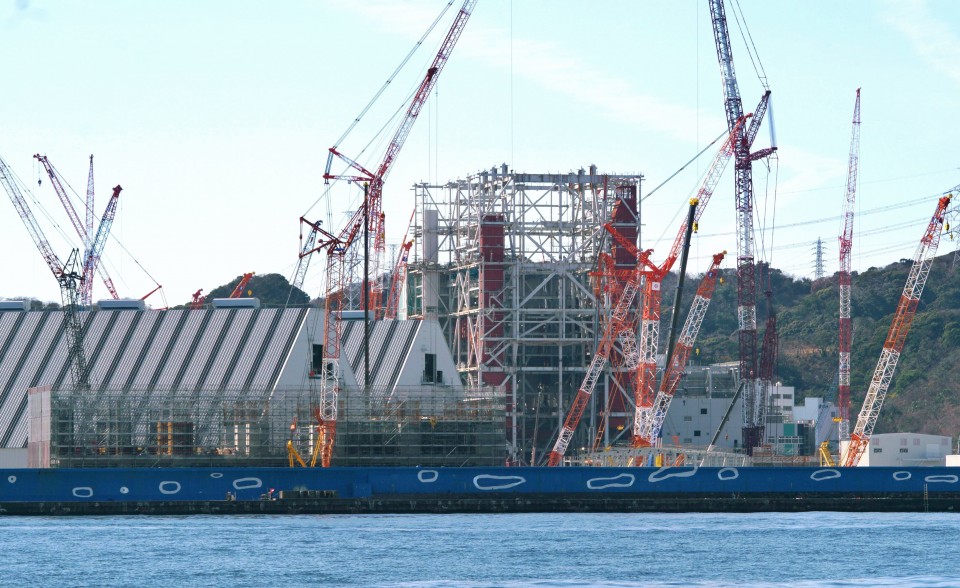 Japan agrees on the need to enhance efforts to realize decarbonization and set the path to exit from coal-fired power generation in the future.

But it currently relies heavily on coal for electricity generation as most of the country's nuclear plants have remained halted for safety checks following the 2011 Fukushima crisis.

Japan has told Britain of the situation, according to the sources.

Prime Minister Yoshihide Suga will attend a G-7 summit for the first time since he took office last year.

The leaders are also expected to express concern about China in a post-summit statement, the sources said, over its heightened military activities in the South and East China seas and alleged human right abuses.

They will reaffirm the position held by their foreign ministers, who met last month and agreed that China's practices are undermining a free and fair economy, while also warning over the human rights issues in Tibet and the Xinjiang autonomous region.

Japan and the United States have pushed to include in the G-7 leaders' statement the importance of peace and stability of the Taiwan Strait but some other G-7 members are reluctant as they want to maintain friendly economic relations with China, said the sources.

China has raised military pressure on Taiwan, regarding the democratic, self-ruled island as a renegade province to be reunited with the mainland by force if necessary.

Beijing expressed opposition when Taiwan was mentioned in the statements released after Japan recently held respective summit talks with the United States and the European Union.

At requests from Japan, the G-7 will also make clear its support for Tokyo to host this summer's Olympics and Paralympics, which have been postponed from last year due to the coronavirus pandemic, the sources said.

The move comes as Suga has been struggling to turn public opinion in favor of the games. Media polls have shown that a large majority of Japanese people are concerned about the further spread of the virus and are opposed to going ahead with the events.